Submarine Spy Couple Tried to Sell Nuclear Secrets to Brazil
Jonathan and Diana Toebbe pleaded guilty last month in the espionage case, but until now the identity of the nation they had approached had remained publicly undisclosed. 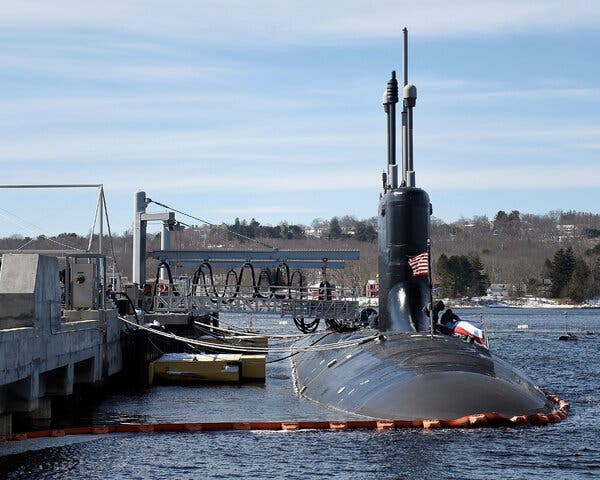 
WASHINGTON — In 2020, a United States naval engineer and his wife made the fateful decision to try to sell some of America’s most closely guarded military secrets, the technology behind the nuclear reactors that power the U.S. submarine fleet.
Then the couple faced another important choice: To which foreign government should they try to peddle the stolen secrets?
The engineer appeared to believe that soliciting American adversaries like Russia or China was, morally, a bridge too far, according to text messages released in court. Instead, Jonathan and Diana Toebbe thought of a country that was rich enough to buy the secrets, not hostile to the United States and, most importantly, increasingly eager to acquire the very technology they were selling: Brazil.
The identity of the nation approached by the Toebbes has until now remained shielded by federal prosecutors and other government officials. But, according to a senior Brazilian official and other people briefed on the investigation, Mr. Toebbe approached Brazil nearly two years ago with an offer of thousands of pages of classified documents about nuclear reactors that he had stolen from the U.S. Navy Yard in Washington over the course of several years.

The plan backfired almost as soon as it began. After Mr. Toebbe sent a letter offering the secrets to Brazil’s military intelligence agency in April 2020, Brazilian officials handed the letter over to the F.B.I. legal attaché in the country.
Then, beginning in December 2020, an F.B.I. undercover agent posed as a Brazilian official to win Mr. Toebbe’s trust and persuade him to deposit documents in a location chosen by investigators. Mr. Toebbe eventually agreed to provide documents and offered technical assistance to Brazil’s nuclear-submarine program, using classified information he had learned from years working for the U.S. Navy.
Mr. and Ms. Toebbe, who lived in Annapolis, Md., were arrested in October and pleaded guilty to espionage charges last month. He faces up to 17 and a half years in prison; she faces up to three.
Brazil has continued to struggle with its submarine nuclear reactor program, and has approached Russia to seek a partnership on the nuclear-reactor design, said a Russian military official who, like all the people interviewed for this article, spoke on the condition of anonymity because of the classified material and delicate diplomacy involved.
Last month, just a week before Russia invaded Ukraine, President Jair Bolsonaro of Brazil even brought up the technology during a trip to Moscow.


Mr. Bolsonaro has tried to maintain a positive relationship with President Vladimir V. Putin of Russia, even amid his aggressions toward Ukraine. Analysts in Brazil believe that Mr. Bolsonaro, a former army captain, is in part hoping to keep the door open for a partnership on the nuclear reactor technology.
The Brazilian president’s trip to Russia drew criticism from the Biden administration. Asked about Brazil’s efforts to acquire Russian nuclear reactor technology, a senior administration official said Tuesday that seeking to acquire Russian military technology “is a bad bet for any country.”
In some respects, Brazil was an odd choice for the Toebbes. While Brazil and the United States have a limited military relationship, Mr. Toebbe’s outreach came during a period of some of the closest Brazil-U.S. relations in decades, as Mr. Bolsonaro and former President Donald J. Trump strengthened the countries’ alliance. 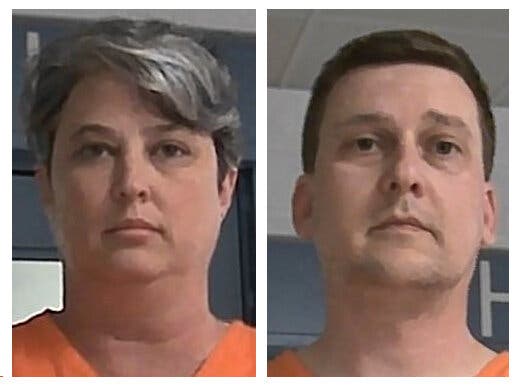 Jonathan Toebbe, right, and his wife, Diana Toebbe. The two pleaded guilty to espionage in February.Credit...West Virginia Regional Jail and Correctional Facility Authority, via Associated Press
While the U.S. government initially wanted to release the name of the country the Toebbes had tried to sell the secrets to, Brazilian officials insisted their cooperation not be publicly disclosed, according to a person familiar with the investigation.
The White House, Justice Department and F.B.I. declined to comment. American officials have repeatedly said the couple had not tried to sell the secrets to the United States’ chief adversaries, nor to its closest NATO allies, like France.
In encrypted messages from 2019 recovered by the F.B.I., Mr. Toebbe and Ms. Toebbe discussed what appear to be different plans to sell the secrets. One plan, Mr. Toebbe wrote, was wrong to even consider. Another plan, presumably to sell to a friendlier country, was also questionable for Mr. Toebbe, but Ms. Toebbe pushed for it.

“It’s not morally defensible either,” Mr. Toebbe wrote, according to a transcript of the court proceedings. “We convinced ourselves it was fine, but it really isn’t either, is it?”
Ms. Toebbe responded: “I have no problems at all with it. I feel no loyalty to abstractions.”
Mr. Toebbe’s public defender has said government rules prevent him from answering questions. A lawyer for Ms. Toebbe declined to discuss the case ahead of her sentencing, currently set for August. She has repeatedly said in court that the government has presented selected messages out of context.
There were only a few countries that were not overtly hostile to the United States and could make use of the technology and designs Mr. Toebbe had to sell. Only a country able to build a nuclear reactor and ready to invest billions in a nuclear submarine fleet would be willing to funnel him the hundreds of thousands of dollars in cryptocurrency that he was seeking.
Brazil began work on developing nuclear submarines in 1978, originally motivated by its rivalry with Argentina. In 2008, under the administration of President Luiz Inácio Lula da Silva, Brazil reinvested in an effort to create a nuclear submarine, to better patrol and protect its exclusive economic zone in the Atlantic Ocean, a source of fossil fuels and other resources.
The country aims to launch its first nuclear-powered submarine in 2029, part of a $7.2 billion submarine program. Brazil is building four more traditional submarines with the help of France, but it has been attempting to develop a fifth submarine powered by a nuclear reactor on its own — a project it has struggled with.
As a result, Mr. Toebbe’s expertise, on how to make nuclear reactors even quieter and harder to detect, as well as other design elements of Virginia-class submarines, would have been of enormous value to Brazil.
While the Brazilian embassy declined to comment, a senior Brazilian official said the country had cooperated with American investigators because of the two nations’ partnership and friendly relations between Brazil’s intelligence service and the C.I.A.

Had Brazil gotten caught seeking to purchase American secrets, the relations between the two countries, including intelligence sharing, could have been thrown in jeopardy.
Instead, Brazilian officials worked with the F.B.I. after Mr. Toebbe was initially hesitant to deposit the classified information at a prearranged secret location, called a dead drop.
“I am concerned that using a dead drop location your friend prepares makes me very vulnerable,” Mr. Toebbe wrote, according to court records. “For now, I must consider the possibility that you are not the person I hope you are.”
To trick Mr. Toebbe into believing he was speaking with a Brazilian official, the undercover agent told him to look for a signal placed in a window in a Brazilian government building in Washington over Memorial Day weekend last year. Such an operation could only have been carried out with the cooperation of Brazilian officials in Washington.
After seeing the sign, Mr. Toebbe agreed to drop a sample of the nuclear secrets he stole from the Navy hidden in a peanut butter sandwich in West Virginia, setting off a chain of events culminating in the October arrest of the couple.

https://www.nytimes.com/2022/03/15/...dt8lmOSYUqCvI3H_YVfuVWtSfgK6c3vU___kFpZUxkJt8
You must log in or register to reply here.
Similar threads
Russian spies hacked the Olympics and tried to make it look like North Korea did it, U.S. officials
Top US scientist accused of trying to spy for Israel
British spy agency MI5 tried to get rid of Krishna Menon
Chinese Spy Threat
Share:
Facebook Twitter Reddit WhatsApp Link