Ulyanovsk is finally completed from the hangar layer to the flue section. 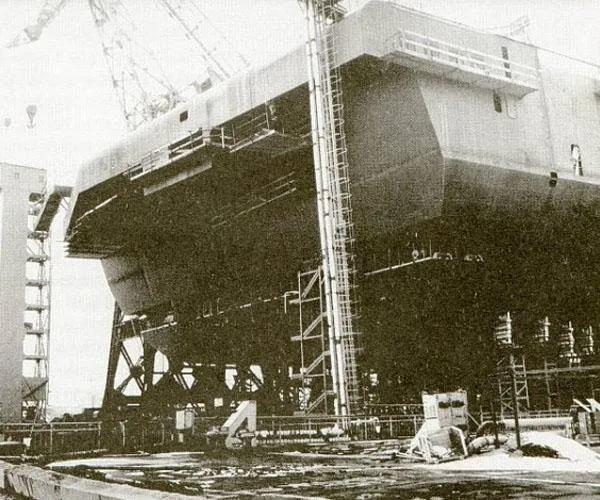 December 25, 1991 , The Soviet flag flying above the Kremlin was lowered, the once-comparable behemoth, the red super empire, the Soviet Union declared the disintegration. After the disintegration of the Soviet Union, Russia does not even mention paying the remaining costs of the Ulyanovsk nuclear-powered aircraft carrier Yes, even 95% of the remaining cost of the Ukrainian guided-missile cruiser, which has been completed, is unable to pay. Therefore, the world's first nuclear-powered aircraft carrier that does not belong to the United States, the Ulyanovsk, can only stay quietly on the berth. , Waiting for the tragic ending destined. 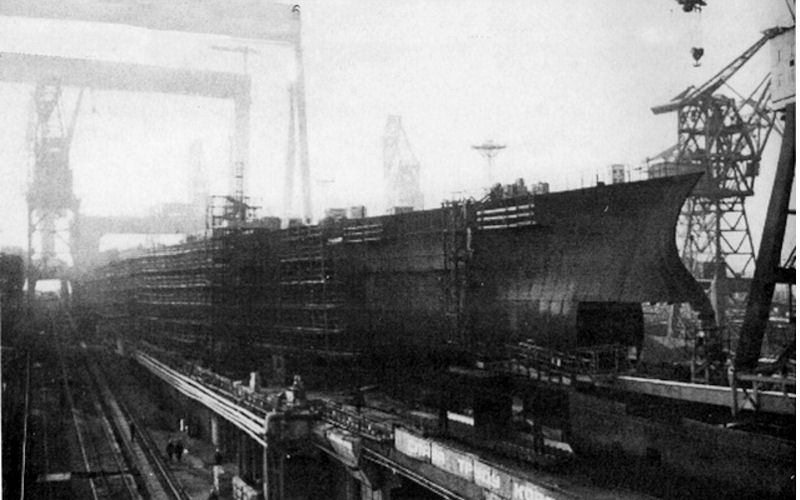 Ulyano Because the sonar of the Soviet aircraft cruiser was installed after launching, the bow of the HMS Fusk was empty.

As of November 1991, Nikolaye The Ulyanovsk above the shipyard zero berth has a completion rate of 30%. The parts below the waterline except for the bulbous bow sonar installed after launching have been installed. The upper section is in the stern. The construction of the section to the flue section has been completed, and the opening of the rear lift and the opening of the flue can be clearly seen in the photos of Ulyanovsk. 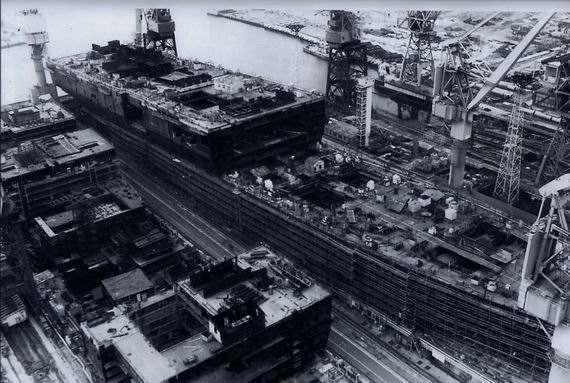 One or two of the four KN-3-43 nuclear reactors with a single reactor power of 305 MW have also been It was transported to Nikolaev and ready to be hoisted, but after the Soviet Union disintegrated, everything was gone. 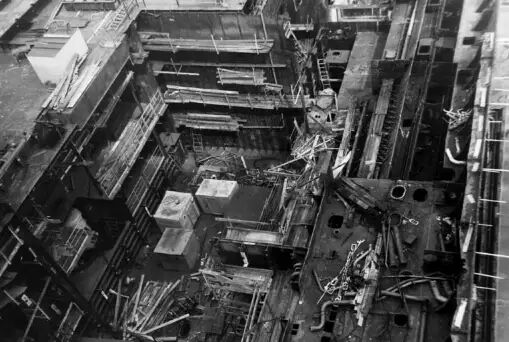 Ulyano The reactor compartment of the Vsk. 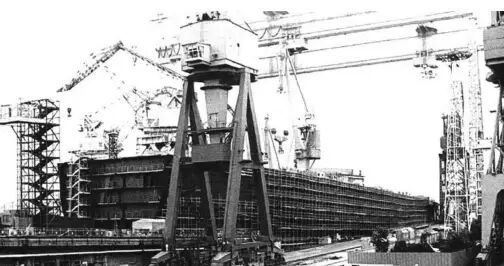 The Soviet Union does not cry, white birch Lin's long-cherished wish I will wait for you to finish it.

Everyone feels sorry for the departure of Ulyanovsk, the most painful is the US Navy, because life without an opponent is lonely, no more The hunting dog of the prey can only be reduced to a pot of dog meat. After the disintegration of the Soviet Union, the development of the US Navy has suddenly slowed down, and a large number of aircraft carriers have been retired. Since the disintegration of the Soviet Union, many military fans are eager to see Ulyanovsk and Nimitz together. The scene of Taiwan competition, seeing the battle between SU-33 and F-18E/F, seeing the early warning and counter-warning of E-2C Hawkeye and YAK-44, seeing KA-28 and Black Hawk trying to detect each other's nuclear submarine Where I was so devastated, I saw the confrontation between the two navies on the ocean.

But the disintegration of the Soviet Union reduced all this to empty talk. The powerful performance of the Ulyanovsk can only exist in various literary works, but 30 years later, today, A nuclear-powered aircraft carrier with a standard displacement of at least 80,000 tons has appeared in the east of the world island. The 003 aircraft carrier and the Ulyanovsk are both built with building blocks, and they also use a tower + segmented construction method.

They are both nuclear power (One fret is equal to two boilers + one turbine or two turbines + one reactor. If 003 is a conventional power, then the power compartment layout of the reference fret is either the WWII style of 12 boilers and 6 turbines, or the sky of 4 boilers and 2 turbines. Topstar technology... Obviously, it is more reliable with two stacks and four boilers) but 003 is 2 stacks and 4 turbines, and Ulyanovsk is 4 stacks and 8 turbines;

The same big array Phased array radar design (the aircraft carrier and the four-sided shield only have China and the Soviet Union. Note that China and the Soviet Union are not China and Russia!) The same carrier fighter! You can say that J-15 is not SU-33, but you can never deny that J-15 is derived from T-10K-3 prototype; the same design idea of early warning aircraft (YAK-44 has more or less impact on KJ-600, we are too I dug a lot of designers from the Jacques Design Bureau); maybe it can still carry the same model of shipborne early warning helicopter (say KA-31) or even the designers of the two may have a relationship.

Only one ship appeared in the Soviet Union, one appeared in China, one was a Soviet-style missile-sliding combined with heavy firepower design, and the other was a hybrid new Chinese design combining the United States and the Soviet Union. Only the above series of similarities makes it difficult for people not to connect the two aircraft carriers. 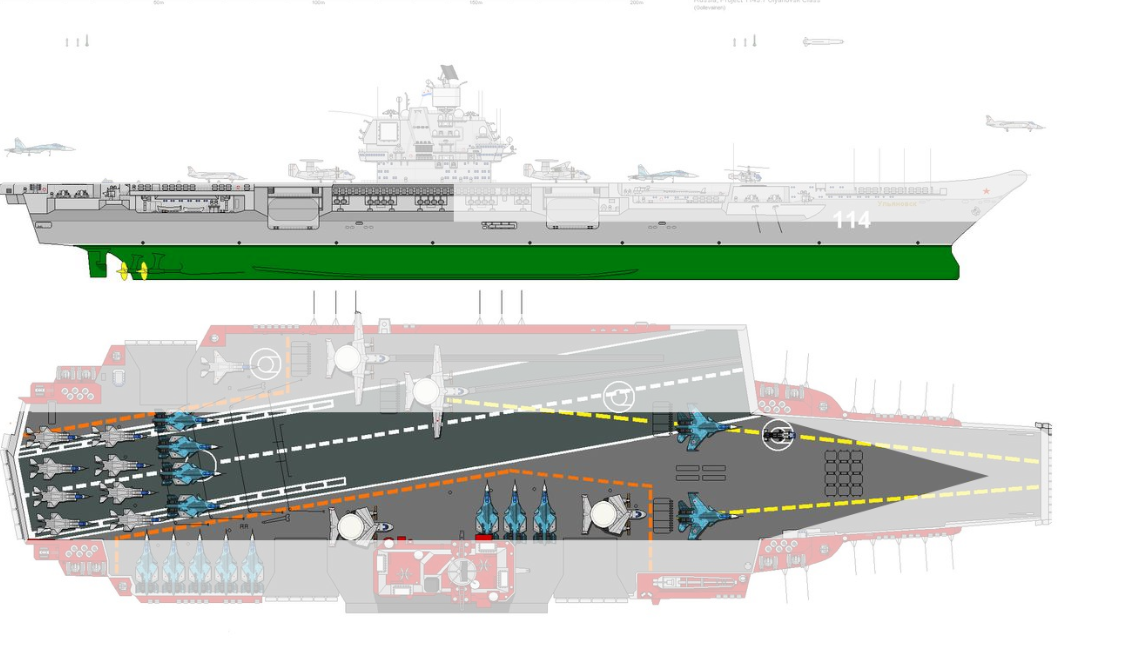 Ulyano Schematic diagram of the degree of completion of Fusk.

Summary, now the plate just wants to say, the Soviet Union does not cry, and your will is inherited by us!

Today, the popularity of Ulyanovsk has been getting lower and lower. On major websites because of the kind of power system that 003 uses, Uri Yannovsk has become a little transparent, and the strongest aircraft carrier of the Soviet Union has become the tears of the times. It can only be said that the time has passed.

The current 003 is basically the same as Ulyanovsk's completion degree, but one is the afterglow of the Soviet Union, and the other is the rise of China.

From A Unknown Author.
You must log in or register to reply here.
Similar threads
Ekranoplane Aircraft Carrier a Soviet Wunderwaffe
Being American proxy in Soviet war was mistake: Pakistan
The Soviet giant
Pakistani Colonel(R) confesses terror activities in Kashmir and against Soviet Union on PDF
Share:
Facebook Twitter Reddit WhatsApp Link