An informative table of the top 10 arms exporters and importers for 2020. 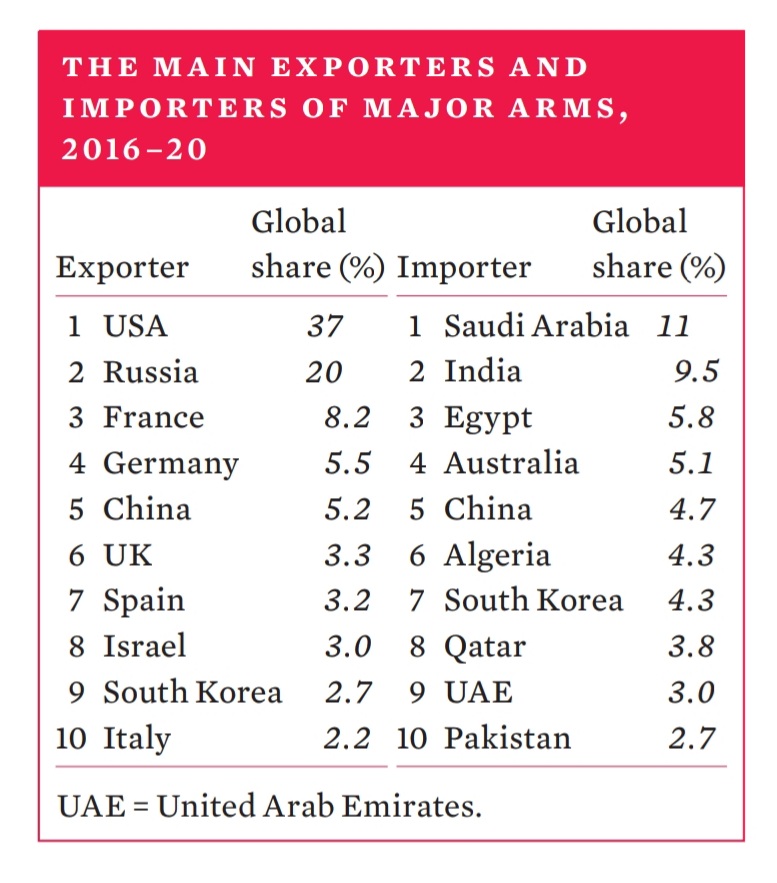 Notice that of the top 10 top arms exporters, 7 are close US allies including South Korea.

What does that tell you about close association with the US on a country's defense industry?
S

The South Korean aircraft manufacturer Korean Aerospace Industries has begun ground testing of the KF-21 Borama fighter. The plane was created as a cheap alternative to the American F-35 fighter. Borame does not have internal weapon hardpoints needed to reduce visibility. This does not allow it to be attributed to the fifth generation of aircraft. At the same time, he will be able to fly faster than the F-35, accelerating to a speed of Mach 1.9. On an external sling, the aircraft will be able to carry up to 10 missiles. The aircraft actually belongs to the generation 4 plus fighters. The manufacturer claims that the radar of their aircraft is better than that of Russian or Chinese aircraft, although it is not clear how they came to such conclusions, other countries except Russia do not have exact information about the capabilities of the Su-57 radars. It is alleged that in total, at the points of external suspension, the KF-21 will be able to carry up to 7.5 tons of bombs, missiles or external fuel tanks, increasing the range of the vehicle. Such a load is quite at the level of the American F-35 and noticeably more than that of the F-22. The aircraft is equipped with an active phased antenna array and software at the level of fifth-generation aircraft. There are also optical and thermal imaging passive systems for searching and aiming at enemy aircraft. The KF-21 in the Block 2 version will receive large compartments for the internal placement of weapons: this will reduce its radio visibility to the level of the F-117, and the Block 3 version will receive even lower radio visibility, closer to the F-22.