Microsoft launches Windows 7, eyes PC sales rebound​
Microsoft Corp launched Windows 7 on Thursday in its most important release for more than a decade, aiming to win back customers after the disappointing Vista and strengthen its grip on the PC market.

The world's largest software company, which powers more than 90 percent of personal computers, has received good reviews for the new operating system, which it hopes will grab back the impetus in new technology from rivals Apple Inc and Google Inc.

"It's the first really significant release of Windows in a decade," analyst Brendan Barnicle of Pacific Crest Securities told Reuters Television. "Given the missteps around Vista, people really questioned Microsoft's relevancy in the technology space. So this is a critical first step for Microsoft regaining that credibility."

The new system -- which is faster, less cluttered and has new touch-screen features -- comes almost three years after the launch of Vista, whose complexity frustrated many home users and turned off business customers.

The success of Windows -- which accounts for more than half of Microsoft's profit -- is crucial for Chief Executive Steve Ballmer to revive the company's image as the world's most important software firm.

"I have to say I'm chomping at the bit," Ballmer told an audience of Microsoft customers and partners in Toronto on Wednesday, adding that he is ready to make sales calls himself on Windows 7.

Sales won't immediately impact the bottom line of Microsoft, which is expected to post a lower quarterly profit on Friday.

Microsoft is charging $199.99 for the Home Premium version of Windows 7, or $119.99 for users seeking to upgrade from older versions of the operating system -- well below comparable prices for Vista.

It also has a range of offers in conjunction with retailer Best Buy and PC makers such as Dell Inc and Acer Inc.

For the first time, shoppers will be able to buy PCs loaded with the software direct from a branded Microsoft store, with the first of a planned chain set to open on Thursday in Scottsdale, Arizona.

The U.S. holiday season will soon reveal whether consumer PC sales get a kick from Windows 7, but success with corporations -- the key to Microsoft's financial power -- won't be clear until next year, analysts say.

"Come June of next year, we are going to get the real indication of the business-to-business marketplace," said Mark Simons, chief executive of the U.S. arm of Toshiba Corp, the world's No. 5 PC maker, on Wednesday.

Early indications are that companies are getting ready to switch to Windows 7.

"There is a line outside my door from people wanting to get into the pilot program," said Capone, at a technology conference in Orlando, Florida, on Wednesday.

His company typically waits at least 18 months to begin broad deployment of a new version of Windows, said Capone, but this time he could be more aggressive.

"In the surveys that we've done about half the CIOs (chief information officers) indicated that they would just use Windows 7 on existing PCs as opposed to replace the entire hardware," said Barnicle. "That would be very positive for Microsoft but maybe not so positive for the PC manufacturers."

Good reviews, and a surge in technology stocks across the board, have lifted Microsoft shares about 80 percent since March. They hit their highest level in just over a year on Wednesday, closing at $26.58 on Nasdaq.

"This is a better operating system -- it does the job," said Lance Ulanoff, editor-in-chief of PCMag.com. "They've certainly got it a lot more right than they did with Vista."

A range of new PCs incorporating the software in all shapes and sizes from Hewlett-Packard Co, Dell and others are set to be unveiled on Thursday, in the hope of reigniting consumer spending before the holiday shopping season.

Global PC sales rose 2.3 percent in the third quarter compared to a year ago, according to research firm IDC, after two quarters of declines.

Market-watchers are betting on further recovery of computer sales next year, as the economy improves and businesses replace old machines, but opinion is divided on how strong the impact of Windows 7 will be.

"What's going to be really interesting is whether this spurs a hardware replacement cycle or it's just a Windows replacement cycle," said Barnicle, who estimates that more than 820 million PCs across the world run Windows.

We're still 24 hours away from the launch. That report came in early.

It is launched in Australia, the same price as mentioned in 1st post. I think it is better to operate with touch screen panel then the normal ones. To upgrade older system to windows 7 i.e from xp and vista; the task will be big mammoth and one will loose many costlier old softwares even after backing it up. May be new machines will be good to use with win 7.
1

How to shift from XP to Windows 7


How to shift from XP to Windows 7
​
Microsoft's much-awaited operating system Windows 7 is finally here. After the disappointing performance of Vista, Microsoft is banking high on Windows 7 to give it the much required fillip in the PC market.

Two-year old Vista failed to make a dent in the market. The OS' biggest rival turned has been not an OS from a rival company or from the Open Source community, but Microsoft's own operating system XP. According to Forrester Research (done few months ago), 86 per cent of corporate PCs continue to rely on the eight-year-old Vista predecessor Windows XP.

However, most analysts believe that it is time that XP users too start planning their migration path to Windows 7. Here's a guide for XP users to help them smoothly migrate to the new operating system, Windows 7.

To check for the Windows 7's compatibility with your computer's hardware, devices, or programmes that might affect the its installation, download and run the free Windows 7 Upgrade Advisor.

In case you don't go for Windows Easy Transfer, you will need to copy files manually to an external location, such as CDs, DVDs, an external hard disk, or a USB flash drive before installing Windows 7, and then move them back after Windows installation is completed.

To get started, connect your PC to the Internet so that you can get installation updates during the process. Select either the 32-bit or 64-bit Windows 7 installation disc, depending on your system requirements.

On the Install Windows page, click Install now. On the 'Which type of installation do you want?' page, click Custom. Choose the partition containing Windows XP (this is often the computer's C: drive), and then click Next. (Do not select your external USB hard drive.) In the Windows.old dialog box, click OK.

After the installation is over, users can run Windows Easy Transfer again and move files and settings back to the computer.

On the `Choose what to transfer to this computer' page, a user can decide how the user accounts from Windows XP are transferred to Windows 7.

Once your files and settings are back on your computer, you can reinstall your programmes and check for new or updated drivers.

Windows Easy Transfer provides a report detailing the programmes you used in Windows XP that you might want to reinstall. To reinstall your programmes, you need to use the installation discs or setup files.

I've been using the RTM for over a month now. I just have to buy a copy and use its key to reactivate. At 6700 Rupees Win7 Home Premium is a great buy considering it's $199 in the US.
1

Will be upgrading PC next month so i'll be giving Windows 7 a good look. Considering what i'v been hearing about the problems with vista, i'm glad i didn't upgrade to it.

Everyone who is more than familiar with the term 'the Internet', may have come across, or has even been affected by Mozilla Firefox, one of the most popular web-browser software. The cross-platform, open-source web-browser was born out of the Mozilla project, after practical, and minimalist simplification of the user interface. This, coupled with good performance for the stature of an Internet Explorer alternative, being safer against spyware, popups, and malicious addon software, quickly became popular, and part of the web-centric pop-culture.

Firefox has also helped shape several things in the connected IT industry. It replenished the credibility of open-source model of software development, and forced content providers to adhere to open-standards. Firefox today turns five years old, which is 'a long time on the Internet', as its team puts it. The SpreadFirefox community have rolled out a portal celebrating the event, it can be found here.

I used mozilla only up till version 2. But current versions 3 & above are too slow. I currently use chrome or IE.
D

What programs? Can't you do without?

What's indispensable to you?
I like foxit, its a really easy Pdf reader that's not a patch as big or hungry as the dreaded adobe
Firefox - I can't browse without it
ImgBurn - love at first sight for burning whatever DVD's
KMPlayer -watching whatever movie without broking your Windows with Mega-Ultra-Crap-codecs
Comodo firewall - if you don't have a router probably is the best software firewall
IrfanView - do whatever you want with your pictures
7z - amazing (at least for multimedia content) archiver
Notepad++ - What Wordpad? What Notepad?
SpeedFan, RealTemp, RivaTuner, CPU-Z, LinX, prime95, GPU CapsViewer, Wireshark - system utilities.
What about you?

Wow! Lot of softwares I didn't try. Will try today all of these.
M

I am using firefox from last 2 and 1/2 years , and this is the only browser I use , really very satisfactory.

Pintu said:
I am using firefox from last 2 and 1/2 years , and this is the only browser I use , really very satisfactory.

Yeah I have used Firefox for a long time and it's just easier to use and has a lot of cool features in it.

Anti-Virus software! Which and why?

No body likes to pay instalments of their Life-Insurance policy, but yet they do, and knows, why they should. I think, same is the case with Anti-Virus software and their subscriptions. We need them, but probably not like to pay for them in quantity. Today there are thousands of Anti-virus software on sale, bundled with features and most importantly, ready to lighten your pocket.

It's certain that all most all of you must be using one of many. So, i invite members to share and let other know about their choice, and yeah, obviously, with reason for their 'forced-love', haha!

Looking forward to your participation.

Below is my forced love. 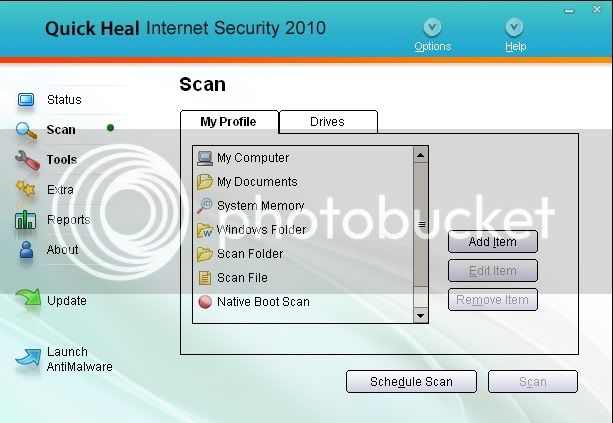 Firfox is my default Browser and for my Mail I use Thunderbird. Both score points over IE and Outlook/WindowsMail.