So Funny ::Pakistan continues to claim that it won the 1965 War with India

The narrative hasn’t changed in Pakistan for the past 50 years. The country still claims that it won the India-Pakistan war of 1965. On September 6, Pakistan celebrated its Defence Day in remembrance of its so called victory’’ against India in the 1965 war. The fiction is that Pakistan had frustrated India’s attempt to capture Lahore and Sialkot and had captured Indian territory, and thus, inflicted a defeat on India.
Pakistan was then ruled by military dictator General Ayub Khan. He felt that a weak India recovering from the humiliating defeat in the China war of 1962 would not be able to withstand a Pakistani assault and Kashmir could be annexed wihout too much effort. He conducted a trial operations in the Rann of Kutch in April 1965.

I was a Public Relations Officer of the Indian defence forces and had the opportunity of covering the operations in the Rann of Kutch in April that year when the Indian Army moved into the area, following the occupation of Kanjarkot by Pakistan. The Kutch conflict concluded early ,following persuation by the British Prime Minister Harold Wilson on April 28 to accept a cease fire.
The next step that Ayub Khan indulged in was to launch Operation Gibraltar by inducting thousands of irregular ‘mujahideen’ into Jammu and Kashmir on the expectation that there would be an uprising. The rebellion never occurred .
Instead, local Kashmiris alerted the Indian authorities. Based on the information received, the Indian Army launched an operation and captured the strategic Haji Pir Pass on August 30. Brigadier (Retd) Shaukat Qadir of the Pakistan Army and presently a security analyst, has pointed out that Pakistan went into Operation Gibraltar without any preliminary preparations and undertook guerrilla operations in Kashmir with a large number of regular soldiers, some SSG elements and a smattering of irregulars, expecting to be welcomed by the local population and raise them up in arms against the Indian Government .
“They were destined to be rudely disillusioned. Far from rising up in arms, the local population denied any support and in many instances handed over the infiltrators to Indian troops . With its covert operation having failed miserably, Pakistan launched Operation Grand Slam in the Chamb sector of Akhnoor on September 1 which was designed to cut off Jammu and Kashmir from the rest of India,” says Brigadier Qadir.
The Pakistani operation was launched by a division headed by Major General Akhtar Hussain Malik, who was an Ahmadi. Soon after the operation was launched and Pakistan was gaining ground and sensing victory, General Ayub Khan replaced him with Major General Yahya Khan. There is still a debate going on why the change was made, which gave time to India to move troops to resist the attack and regroup.
Following the Pakistan attack in the Chamb sector, Prime Minister Lal Bahadur Shastri of India asked the Defence Minister Yashwantrao Chavan to give clearance to the Indian Army to attack Pakistan on the Lahore front on September 6. India also launched an attack led by its armoured division on Sialkot. General Ayub had not anticipated this move.
The attack on the Lahore front was led by three divisions. One was directed towards Lahore and another towards Burki and the third was deployed facing Khem Karan, which was attacked by Pakistan armour. India had an armoured brigade in the sector led by Brigadier Theograj and the regment commaders were Lt. Col A.S. Vaidya, and Lt. Col Salim Caleb. Pakistan attacked India in the Khem Karan sector, soon after the battle of Burki which India had won.
It was a bitter battle at Khem Karan, where India initially faced reverses. But Pakistan suffered heavily in the battle of Asal Uttar. India had knocked out 70 Pakistani Patton tanks in the battle. 25 Pakistani tanks were found abandoned with their engines running and wireless sets on it. On the Lahore front, before the cease fire came into force, Indian troops had defeated Pakistani forces in Dograi, and had occupied the banks of Ichogil canal facing Lahore.
Lahore was not the military objective of India. A the end of the 22-day war, India held 1920 square kilometres of Pakistani territory while Pakistan held 550 square kilometres of Indian land. The Haji Pir pass was also captured by Indian soldiers after an epic battle. All these advantages were lost at the negotiating table in Tashkent.
On the night of January 10, 1966 , onë senior journalist said “the dimunitive Prime Minister but a giant among men, died of a heart attack. It was his fourth cardiac seizure and was likely triggered by his anxiety at having to face an irate public and having to look into the eyes of his jawans –soldiers –whose hopes he had dashed. The account of the war, by R.D. Pradhan, who was secretary to Defence Minister Y. B. Chavan, and Capt Amärinder Siingh , then ADC to Lt. Gen Harbaksh Singh , who was GOC-in-C Westerm Command indicate that India agreed to a ceasefire after repeated pleas from the major powers. In fact Lt. Gen Habaksh Singh had refused to withdraw –as advised by the Chief of Army Staff, General J. N. Chaudhary, — when Pakistan attacked Khem Karan.
He paid visits to many units on the front to build up their morale. Capt. Amarinder Singh points out that “We had just finished a war with China and there were 15 Chinese divisions facing us (Indian Army) across the Indo –Tibet border. NATO countries had armed Pakistan while India had nothing in comparison and it was only because he (Lt. Gen. Harbaksh Singh) kept his nerve that he could convince the Army Chief, General J.N. Chaudhury about being able to put the Pakistan Army on the backfoot.

I was the Public Relations Officer for the Lahore Sector based in Amritsar during the ’65 war and was tasked to conduct media teams to the front during and after the operations. On the day of the cease fire, I was at Dograi town on the banks of the Icchogil Canal. I witnessed the Pakistani army taking the bodies of dead soldïers .
I also witnessed civilians from Amritsar arriving at the spot and interacting warmly with the people from Lahore. The Pakistani JCO who was supervising the taking away of the dead bodies remarked to me : Major Saheb “These people (the civilian leadership) make us fight and kill each other .

But see what they are doing.” Looking back, my contribution äs PRO initially was to dispel the impression that Pakistan was winning the war. Journalists were allowed access to the front and saw for themselves the horrors, lies and subterfuge of war. In Pakistan however, they pulled wool over the eyes of their population. There people still think they won the war.

I went to pluck apples in Kashmir but settelled protecting Mangoes in Multan from eagles. I am now eating Grass!!

I went to pluck apples in Kashmir but settelled protecting Mangoes in Multan from eagles. I am now eating Grass!!
Click to expand...

if we tear apart that INDUS WATER TREATY they will be eating dust.
even the grass they are eating is because of the foolishness of nehru and mercy of other governments.

When present day India has placed 2000 Kg satellite in space Pakistani Jihadi are inventing lies to console each other about something that happened five decades back.

I think its better this way that they keep themselves busy in such fairy tails.

sachin458377 said:
The fiction is that Pakistan had frustrated India’s attempt to capture Lahore and Sialkot and had captured Indian territory, and thus, inflicted a defeat on India.
Click to expand...

Typical Porki logic. They also claim they will win in a nuclear war because India has much more to loose (in the event of mutual assured destruction happens) as it is a much larger economy. In the same breath they proclaim that Pakistan will be completely destroyed during the Indian retaliatory strike as Pakistan is a small country.
By their logic they will win even if they nuke just Mumbai (it has a GDP higher than Pakistan).
Way to go Pakistan, but we wont even need to launch a retaliatory strike: 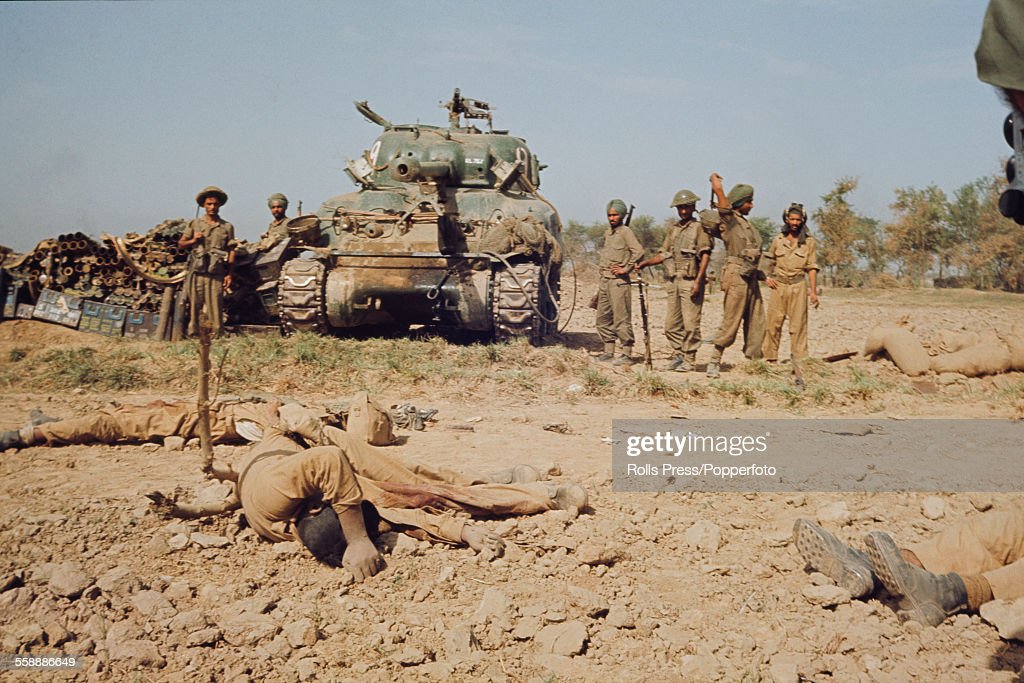 I've met pakis who still claim Osama was not in Pakistan , & its all just a American cover up . It's their mentality to be in denial .
You must log in or register to reply here.
Similar threads
LOL!! Outrageously funny Video!! India-Pakistan-China!
Funny Clips From Pakistan :)
Funny Hitlers reaction on india pakistan kargil war
Pakistan is a Funny Illiterate & Banana Republic State-why?
Share:
Facebook Twitter Reddit WhatsApp Link