South Korea is to introduce a blazing fast 5G mobile internet service, quick enough to download a full length feature film in less than a second.

While most of the world has yet to experience the improvements offered by 4G services, the technologically advanced country has announced a Â£900million (1.6 trillion won) in its successor.

South Korea's science ministry said it aims to implement the technology, which is about 1,000 times faster than the 4G, within six years. 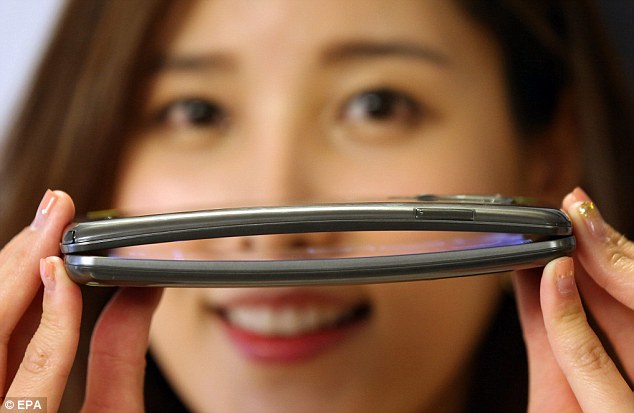 'Countries in Europe, China and the US are making aggressive efforts to develop 5G technology ... and we believe there will be fierce competition in this market in a few years,' it said.

Under the roadmap, a trial 5G service will be rolled out in 2017 and a fully commercial service in December 2020.

Priority will be given to developing key features for the new network, including Ultra-HD and hologram transmission as well as cutting-edge social networking services.

Related industries will be able to rack up sales of 5G-related devices and infrastructure equipment worth 331 trillion won from 2020 to 2026, the ministry estimated.

The government hopes to implement the plan with investment and cooperation from operators such as SK Telecom and Korea Telecom as well as handset makers like Samsung and LG.

It also aims to expand the telecom infrastructure equipment industry, which is relatively weaker than the mighty mobile device sector.

But the (telecom) infrastructure equipment industry has only a 4.4 percent share in the global market, with exports very limited,' the ministry said.

Chinese equipment makers including Huawei have expanded their presence in the global market from 12 percent in 2007 to 26 percent in 2012.

Huawei announced in November that it was looking at a 5G commercial rollout by 2020, with a minimum investment of $600 million to develop the technology.

Seoul intends to take up to a 20 percent stake in the world's telecom infrastructure equipment market by 2020, according to the ministry. 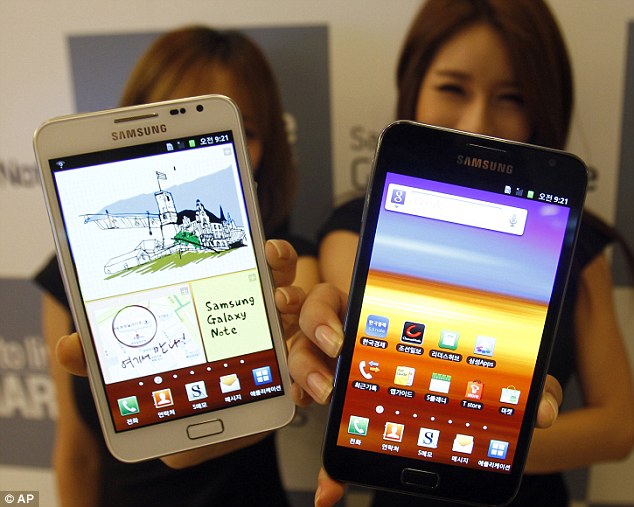 South Korea's science ministry said it aims to implement the technology, which is about 1,000 times faster than the 4G, within six years

New opportunities South Korea is renowned for being at the forefront of internet technology with broadband speeds that consistently out-pace those in Europe or the United States.

Officials said the new service would also mean people on bullet trains running faster than 500 kilometres (310 miles) an hour would even be able to access the Internet, compared with 300 kph currently.

'Bullet trains around the world keep getting faster, with some in China running as fast as 500 and 600 kilometres per hour,' said one ministry official who declined to be named.

'If we have the technology to allow fast Internet access in these trains, it can open new opportunities for us globally,' he said.

Samsung Electronics announced back in May that it had successfully tested 5G technology, managing data transmission of more than one gigabyte per second over a distance of two kilometres.

Samsung said it had found a way to harness millimetre-wave bands which have proved to be a sticking point for the mobile industry to date.

The test used 64 antenna elements, which the tech titan said overcame the issue of 'unfavourable propagation characteristics' that have prevented data travelling across long distances using the bands.

However, it made clear that the technology would not be available commercially before the end of the decade.

I had been to Seoul and Busan in 2010. The speed there is fantastic, I have seen download speeds of 8MB/s during the night.

On my first morning there I decided to download an episode of White Collar which is 350 MB and takes me about an hour to download back home, anyway I put it on my other laptop hoping that it'd be done by the time I was done with breakfast(I had just woken up). I go to take a dump and 5 minutes later when I am out , the whole damn thing was downloaded. Although Internet censorship is quite strong in SK.

SK has always had incredibly fast internet, it's been one of the backbones of development. The best part is that it's very cheap too.

Atleast when corrupt Maran was in charge plans were being revised,plans were getting faster and bsnl did some work. Now it's is in free fall.


Free Karma said:
SK has always had incredibly fast internet, it's been one of the backbones of development. The best part is that it's very cheap too.

Atleast when corrupt Maran was in charge plans were being revised,plans were getting faster and bsnl did some work. Now it's is in free fall.
Click to expand...

you get 2mbps ? i get a maximum of 40-50 kbps when downloading, when my speed according to the plan should have been much higher.....
F


jmj_overlord said:
you get 2mbps ? i get a maximum of 40-50 kbps when downloading, when my speed according to the plan should have been much higher.....
Click to expand...

The speed itself is pretty good, I get around 200 kbps as an average, and sometimes over that (230-250). Have no complaints about the speed or the ping. The ping to singapore is like awesome...40 ping! it's dream like especially for games. The ping is the sole reason why I hang onto this connection, even though airtel and other companies have better plans.

THE European Union yesterday announced that it has signed a key agreement with China on fifth-generation telecommunications, or 5G, a move to seek an edge in global digital competitiveness.

“Both parties are committed to reciprocity and openness in terms of access to 5G network research funding, market access as well as in membership of Chinese and EU 5G associations,” the EU said in a press release.

Signed at yesterday’s China-EU High Level Economic and Trade Dialogue in Beijing, the agreement was described by the EU as a “milestone” in the global race to develop 5G networks.

“It’s a crucial step in making 5G a success,” said Gunther Oettinger, EU Commissioner for the digital economy and society. “With today’s signature with China, the EU has now teamed up with the most important Asian partner in a global race to make 5G a reality by 2020.”

5G is expected to be commercially available from 2020 and China is viewed to be a likely major player of 5G development and also potentially the world’s largest market for the new technology, products and services.

Under the deal, the EU and China will seek to reach a global understanding on the concept, basic functionalities, key technologies and time plan for 5G by the end of this year.

They also decided to cooperate on joint research and to promote bilateral participation of enterprises in 5G research projects. Meanwhile, they will work to facilitate the identification of the most promising radio frequency bands to meet the new spectrum requirements for 5G.

The two sides will jointly explore possibilities on services and applications for 5G, especially in the Internet of Things which connects traditional devices, including home appliances, to the Internet.

Commenting that China will have a substantial role in establishing a 5G global standard, the EU said both sides will jointly promote global standardization for 5G.

“Under this agreement, EU companies, particularly the EU telecoms and ICT (information and communications technology) industry, are likely to have easier access to the Chinese market,” the press release said.

“In particular, European companies will be able to access and participate in China’s publicly funded 5G research, development and innovation initiatives on the same terms as Chinese companies currently participate in the EU’s 5G activities.”

The EU stressed the deal is “very timely” as the 5G standard race will start in 2016 together with talks on spectrum requirements for 5G.