Schoolgirl, 17, 'raped twice by Pakistani man in park in UK

Schoolgirl, 17, 'raped twice by Pakistani man in park in UK

Arshad Arif, 28, 'approached the girl when she was standing outside club'

She was cold and wet with no money, phone or coat in Watford last year

He 'led her away and took taxi to Slough, where he attacked her in park'

A teenage girl separated from her friends on a night out was put in a taxi and driven to a muddy park 25 miles away, where she was raped twice and thought she was going to die, a court heard today.
Arshad Arif, 28, of Slough, Berkshire, allegedly approached the 17-year-old when she was standing cold and wet outside a nightclub in Watford, Hertfordshire, with no money, mobile phone or coat.
Two hours later she banged on a couple's door in Slough, with her tights hanging off and underwear missing - after being attacked twice by Arif, who had forced her to perform acts, the court was told 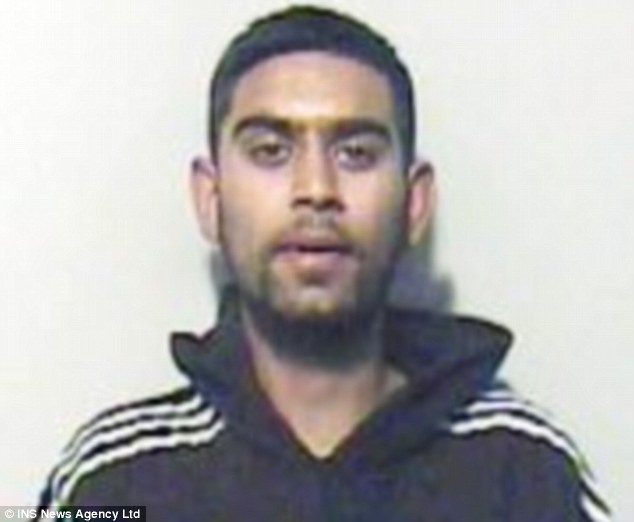 Read more: Schoolgirl, 17, 'raped twice by stranger in park after she lost her friends at nightclub' | Mail Online
Follow us: @MailOnline on Twitter | DailyMail on Facebook