(Bloomberg) -- When Chinese diplomat Tan Banglin defended his country’s treatment of Muslims amid an international outcry, his comments were less remarkable than where he made them.

In a column last July for one of the most widely read newspapers in Saudi Arabia—the traditional protector of Muslims worldwide—Tan talked about how the Communist Party had united with people in Xinjiang province, leading to “great” changes. That’s as nations including the U.S. were accusing China of putting Uighurs into detention camps.

The voice given to China’s consul general in Jeddah, less than 70 kilometers from Islam’s holiest city of Mecca, reflects the new political reckoning under Crown Prince Mohammed bin Salman as he prioritizes more secular national interests at a critical juncture for the kingdom. And it’s one that may serve him well as the administration changes in Washington, despite U.S. opposition to Beijing’s actions in Xinjiang. 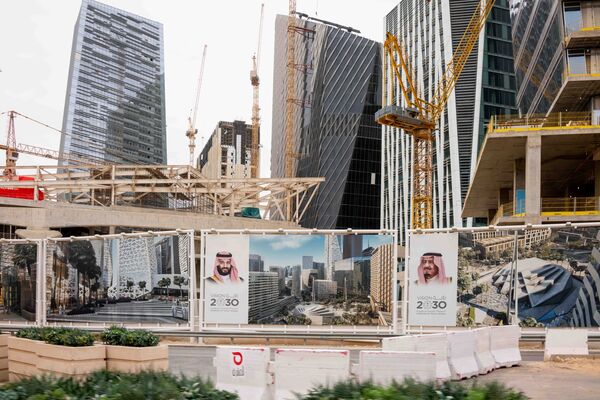 The Saudi world view is being shaped more by hard-nosed business calculations, shifting geopolitical realities and the emergence of clean energy as a competitor to oil while facing a challenge from Turkey for leadership of the Sunni Muslim sphere.

The kingdom has been less vocal on the Palestinian issue, which for decades was its cause célèbre. Saudi support for the Muslim population has been conspicuous by its absence in the disputed region of Kashmir, with the Pakistan government turning to Turkey while Prince Mohammed increases trade with India.

“Saudi Arabia suffered from transnational political Islamism where some of its citizens were among the first to travel to help fellow Muslims, but not much identify with their own national causes,” said Prince Abdullah bin Khaled, a Saudi academic. “A change of course was required and very much welcomed.”

U.S. President Joe Biden has vowed to treat Saudi Arabia as a pariah after four years of cozy relations with his predecessor, Donald Trump. Conversations on issues on human rights, its devastating war on Yemen and rivalry with Iran are likely to be uncomfortable when they eventually happen.

There could also be more tension over the 2018 killing of critic and columnist Jamal Khashoggi in the Saudi consulate in Istanbul after Biden’s nominee for national intelligence director this week pledged to release a report on who was responsible for the murder.

But retrenching from intervening abroad under the guise of supporting fellow Muslims—like Turkey is doing—may score some points with the Biden administration, according to Emily Hawthorne, a Texas-based analyst with Stratfor, which advises clients on geopolitical risks.

“Saudis might see that becoming more of an economically focused modernized nation as more important than continuing to always nurture that leadership role in the broader Muslim world,” said Hawthorne. “It’s a gamble, but it might turn out well for them in terms of earning Saudi Arabia some clout.” 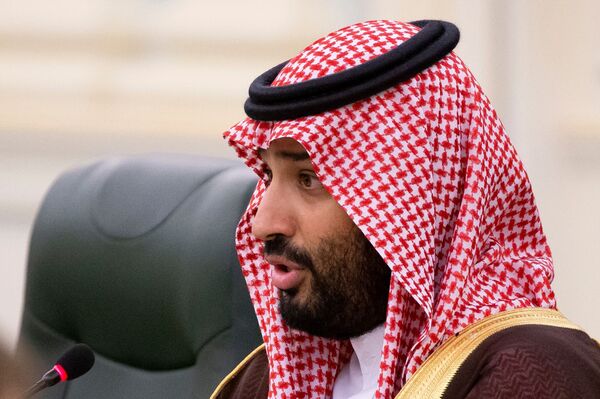 Until a few years ago, it would have been rare to see warm praise for a communist party in print in Saudi Arabia, not to mention one from the representative of a country that’s been censured for its alleged persecution of Muslims. In the 1980s Saudis sent money, and later their sons, to Afghanistan to join the fight against Soviet occupation of that country.

Saudi relations with China have strengthened beyond supplying oil. King Salman, who took the throne in 2015, and the crown prince have paid separate visits to Beijing. On his trip in 2019, the prince appeared to defend China’s alleged repression of Muslims and signed a deal to build a $10 billion refining and petrochemicals complex.

This month, China’s Huawei launched its largest flagship store outside China in the Saudi capital, Riyadh. Investment Minister Khalid AlFalih tweeted the news, saying he was “delighted” with the announcement. 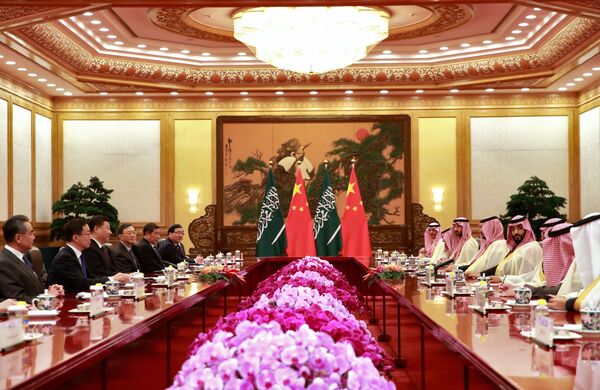 It’s been a journey that started slowly after the Sept. 11, 2001, terror attacks by 19 hijackers, 15 of them Saudi, and accelerated under Prince Mohammed.

Under pressure to curb extremists, Saudi Arabia waged a successful campaign against radicals in the 2000s. Significantly, the late King Abdullah made Saudi National Day on Sept. 23 a holiday, angering radicals who believe Muslims should not be divided by borders.

As he rose to power four years ago, Prince Mohammed curbed the influence of the powerful religious establishment, gave women more freedoms and allowed concerts and movie theaters. He also tightened control of how financial aid is distributed abroad, making it largely to governments rather than directly to Muslim groups. Alcohol, which the Koran forbids, remains banned.

The change was not an abandonment of Muslim issues but rather “balancing support for them with the imperatives, sensitivities and priorities of the state, knowing that different contexts dictate different realities,” said Prince Abdullah, the academic.

Indeed, Saudi Arabia used to be the first country to be blamed for fueling Islamist terrorism. Yet following a series of gruesome attacks by jihadists in France last year, it was Turkey that French President Emmanuel Macron singled out as an instigator. 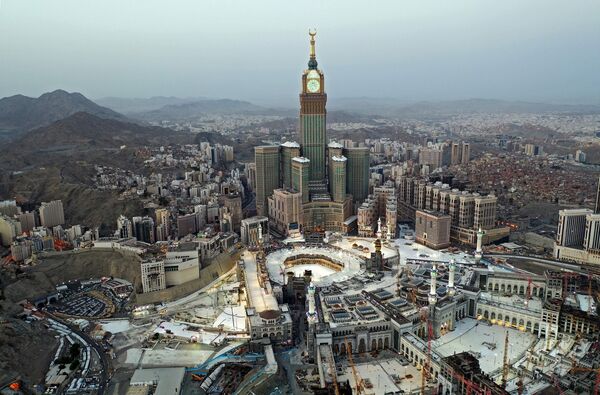 Saudi Arabia will always have the physical claim to Islam. Prince Mohammed, through his actions and decisions, has made it clear that the kingdom’s duty is to care for the two holy mosques in Mecca and Madinah and make them accessible to Muslims worldwide. One of the goals of his plan to restructure the economy is expanding the two sites and increasing the number of pilgrims.

At the same time, the leadership has signaled it’s not the kingdom’s duty to fix the problems of Muslims worldwide.

When India revoked almost seven decades of autonomy held by the restive, mostly Muslim state of Jammu and Kashmir, Pakistan, which also claims the region, had hoped that Saudi Arabia would galvanize Muslims around this issue. The kingdom, the biggest source of remittances into Pakistan and among its largest creditors, didn’t.

Instead, trade with India, which the kingdom sees as an important economic powerhouse, has thrived since then as Saudi Arabia seeks to deepen its foothold in that country. In the third quarter of 2020, India, along with Egypt, drove an increase in foreign investment in the kingdom, a key pillar of the crown prince’s economic diversification plan.

In the meantime, Turkey has been boosting ties with Islamabad. Its foreign minister, Mevlut Cavusoglu, opened a new consulate in Pakistan this month, promised to send investors to explore opportunities and presided over the signing of agreements in the movie industry.

The Saudis may be losing the soft-power game to Turkey at the moment, said Hawthorne. “But they’re probably valuing other games.” “Turkey has economic limits as to how much it is willing to sacrifice its own economic interests in pursuit of gaining the soft power. This is never a zero sum game."

Turkey is gonna get facepalmed if they remain confined in wannabe prophet Erdogan's ambitions. Saudi's playing the game on its merits. Good to see them leading the way forward.
You must log in or register to reply here.
Similar threads
Saudi Arabia threatens Assad to step down or face "Military option"
Saudi Arabia inaugurates its bullet train service between Mecca and Medina
Saudi Arabia executes 81 people in a single day-Little coverage by Interational media. Fake human right organizations Silent.
Saudi Arabia BANS Tablighi Jamaat, calls it 'one of the gates of terrorism'
Share:
Facebook Twitter Reddit WhatsApp Link