SEOUL — South Korea held a massive military parade on Tuesday; mainly to celebrate the 65th anniversary of the founding of its armed forces, but also to deter provocations from North Korea. The show of strength comes as top U.S. defense officials visit the South Korean capital, Seoul, for talks on security and the military defense of South Korea.

The parade ran through the South Korean capital for several hours and included thousands of soldiers, military vehicles and tanks.

In a live broadcast, jets performed aerial acrobatics for the audience of dignitaries and commanders at Seoul Air Base in Seongnam, just south of the capital.

Visitors included U.S. Secretary of Defense Chuck Hagel and General Martin Dempsey, the chairman of the Joint Chiefs of Staff.

South Korea's Defense Ministry said the display of military might was the largest in a decade.
Click to expand... 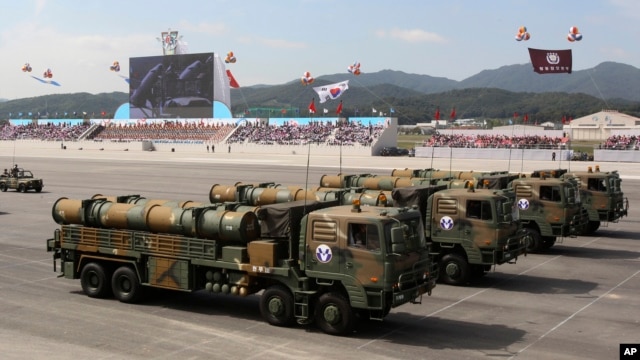 In case of a war between 2 Koreas, who has a better chance of winning ? SK or NK? and Why ?Provided following conditions are true !

1. Zero Chinese Support to NK and Zero US/Jap Support to SK
2. No Nukes whatsoever
Last edited by a moderator: May 10, 2015

In case of a war between 2 Koreas, who has a better chance of winning ? SK or NK? and Why ?Provided following conditions are true !

Undoubtedly SK will beat NK hands down based on the conditions.

Without military hardwares fm either China or Russia, NK is still using outdated Mig-25 or Mig-21

Cuba said the weapons were being sent back to North Korea for repair and included two anti-aircraft batteries, nine disassembled rockets, and two MiG-21 aircraft, all Soviet-era military weaponry built in the middle of the last century.
Click to expand...

Can u imagine Pyongyang is still operating such an old-fashioned subway built by Chinese and Russians in 1960's-70's? 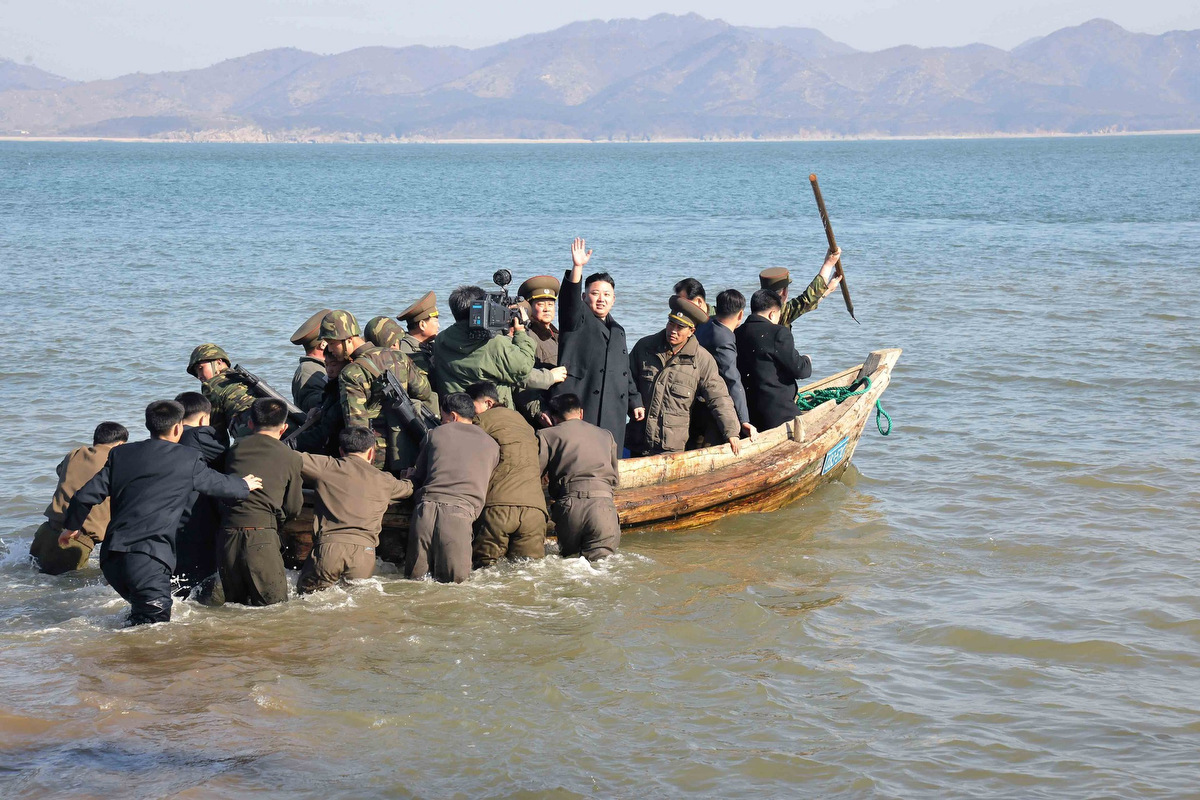 His latest tour of Jangjae Island and Mu Island was less dramatic than his last visit during soaring military tensions in March, when he threatened to "wipe out" the nearby South Korean island of Baengnyeong
Click to expand...

Don't you think, NKs will have a better edge over SKs when it comes to land forces since they have a very large army ?
D

> That NK Subway looks neater and sweeter than our domestic stuff......

> That not NK tank, it is the Koksan Artillery gun with 67km range, this is compelling reason to develop our own artillery. (If NK can do it, when they dont have engineers or know english, why cant we indians, the morally superior race of man, with contributions like zero and yoga?)
Last edited: Oct 1, 2013

kseeker said:
Don't you think, NKs will have a better edge over SKs when it comes to land forces since they have a very large army ?
Click to expand...

"North Korea's greatest advantage is that its artillery could initially deliver a heavy bombardment on the South Korean capital," Mark Fitzpatrick, a former U.S. State Department official now with the International Institute for Strategic Studies, said in an email.

South Korea's defense minister estimates that 70 percent of North Korean artillery batteries along the border could be "neutralized" in five days if war broke out. But Sohn Yong-woo, a professor at the Graduate School of National Defense Strategy of Hannam University in South Korea, said that would be too late to prevent millions of civilian casualties and avert a disastrous blow to Asia's fourth-largest economy.
Click to expand...

Seoul is deadly close to the DMZ /border, densely populated with 21% of SK GDP

NK will lose, but not before seoul become a fire hell. NK has what 25,000 artillery aim at seoul, + hundreds MRIV. NK just too close to SK, for SK to fully take advantage of their air/sea power.
W

You must log in or register to reply here.
Similar threads
South Korea's HHI Launched the Final KSS-2 Type 214 Submarine for ROK Navy
SOUTH KOREA : ‘The U.S. Is No Longer a More “Developed” Country Than Us’
Republic Of Korea (South Korea) Navy
Time for India to step up its ties with North Korea
Share:
Facebook Twitter Reddit WhatsApp Link