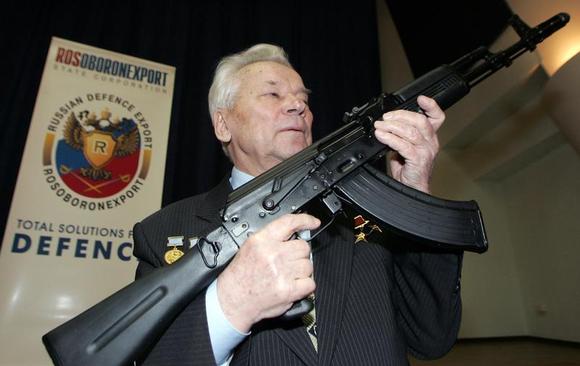 (Reuters) - The maker of the Kalashnikov rifle plans to start producing arms in India, the biggest importer of Russian weapons, this year, it said on Friday.

Kalashnikov Concern, based in the Siberian city of Izhevsk, mass produces the AK-47 assault rifle.

The company, in which state-owned Rostekh owns a controlling stake, said it would produce 50,000 weapons a year at the factory in India, working with an unspecified partner. Total investment was forecast to be $20 million.

"India is a very promising market, and the best way to enter it is to set up production there," said Alexei Krivoruchko, chief executive and part-owner of Kalashnikov Concern.

"We will begin to set up production this year."

The creator of the AK-47, Mikhail Kalashnikov, died in December at the age of 94.