Russian Spy in UK parliament - MI5 Vs the KGB

An MP'S researcher who has been quizzed by MI5 over her alleged espionage links is the daughter of a wealthy Russian businessman and former Communist Party member.
Katia Zatuliveter, 25, a parliamentary assistant to Liberal Democrat Mike Hancock, has been questioned several times about possible connections with Russian intelligence.
Now enquiries by this newspaper have revealed that her father Andrei has run several successful enterprises, including a gas-trading company, in the tinderbox Caucasus region of southern Russia. He also appears to have connections with some of the most influential elements in Russian society. 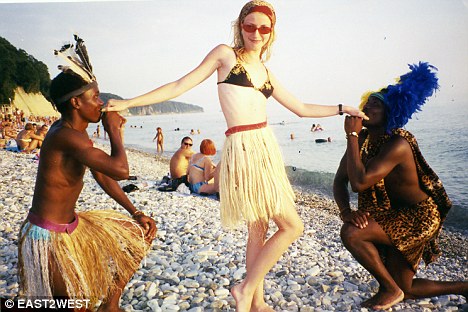 Christine Keeler who was a call girl and was in liaison with Profumo, the British Defence Minister and also the Russian Defence AttachÃ© was cleared of espionage.

Christine Keeler (born 22 February 1942) is an English former model and showgirl. Her involvement with a British government minister discredited the Conservative government of Harold Macmillan in 1963, in what is known as the Profumo Affair.

In July 1961, Ward (her agent) introduced her to John Profumo, the British Secretary of State for War, at a pool party at Cliveden, the Buckinghamshire mansion owned by Lord Astor. Profumo entered into an affair with Keeler, not realising that she was also sleeping with drug dealer Johnny Edgecombe[1] as well as Yevgeni Ivanov, a naval attachÃ© at the embassy of the Soviet Union.

For the first time since the end of the cold war has the British Parliament been rocked by these charges. Most sensational was the Profumo affair as posted by Ray Sir.

However the concerned MP has come out in defence of his aide.

A British MP whose parliamentary aide was arrested over claims she is a Russian spy has challenged the security services to "prove their point now".

Lib Dem Mike Hancock said Katia Zatuliveter, 25, had nothing to hide, he backed her 100%, and would appeal.

She now faces deportation proceedings after she was taken into custody on the orders of MI5,
Click to expand...