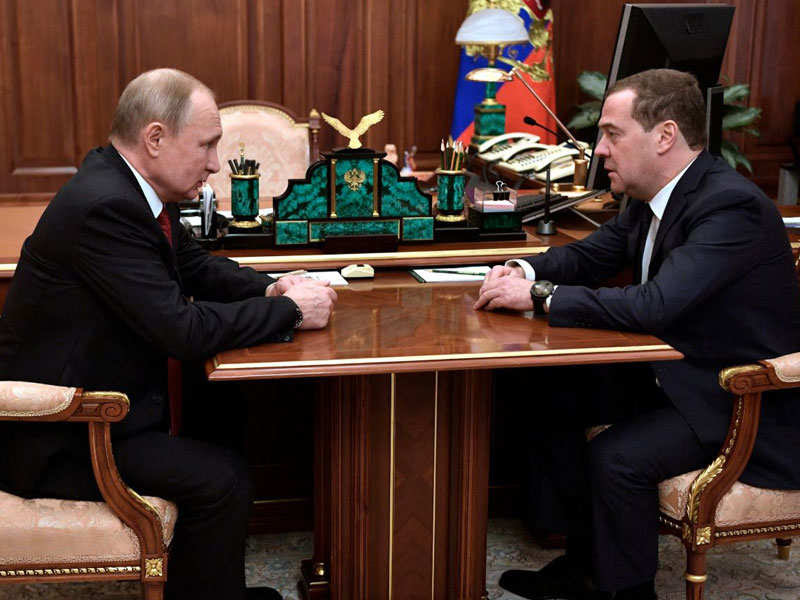 In a televised meeting with the Russian president, Prime Minister Dmitry Medvedev said the proposals would make significant changes to the country's balance of power and so "the government in its current form has resigned".


"We should provide the president of our country with the possibility to take all the necessary measures" to carry out the changes, Medvedev said.


"All further decisions will be taken by the president."


Putin asked Medvedev, his longtime ally, to continue as head of government until a new government has been appointed.


"I want to thank you for everything that has been done, to express satisfaction with the results that have been achieved," Putin said.


He also proposed creating the post of deputy head of the Security Council, suggesting that Medvedev take on the position.


Earlier Wednesday Putin proposed a referendum on a package of reforms to Russia's constitution that would strengthen the role of parliament.


The changes would include giving parliament the power to choose the prime minister and senior cabinet members, instead of the president as in the current system.


The move is likely to fuel speculation about Putin's political future after more than 20 years in power, but the Russian leader gave no hints about his plans for when his fourth Kremlin term expires in 2024.


It also comes ahead of parliamentary elections due in 2021, with the ruling United Russia party suffering from dismal approval ratings.


Putin announced the proposed package of reforms in his annual address to lawmakers, saying the public's representatives needed to play a stronger role in governing.


"I consider it necessary to conduct a vote by the country's citizens on an entire package of proposed amendments to the country's constitution," Putin said, without specifying any date for a vote.


"We will be able to build a strong prosperous Russia only on the basis of respect for public opinion," the 67-year-old leader said. "Together we will certainly change life for the better."


The changes would give parliament the power to choose the prime minister and senior cabinet members, instead of the president as under the current system.


The role of regional governors would be enhanced and lawmakers would be consulted on the appointment of senior law enforcement officials.


Next year's parliamentary vote will be seen as a key test of the system Putin has put in place, with a strong — critics say autocratic — leader supported by loyalist parliamentarians and security services targeting the opposition.
You must log in or register to reply here.
Similar threads
What are your thoughts on the Western government targetting Russian civilians or having Russian roots in These countries ?
Russian senior engineer accuses his government of treason over Barents Sea deal
Pakistan shows interest in Russian BTR-82A armoured personnel carrier during Druzhba 2021
Pakistan Buys Russian Kornet-E Anti-tank Guided Missiles
Share:
Facebook Twitter Reddit WhatsApp Link