Russia Working on a 5th-Generation Nuclear Sub With Hypersonic Missiles

Is Russia Working on a 5th-Generation Nuclear Sub With Hypersonic Missiles?

A new class of nuclear-powered submarines armed with Zircon hypersonic missiles is expected to be built by 2027. 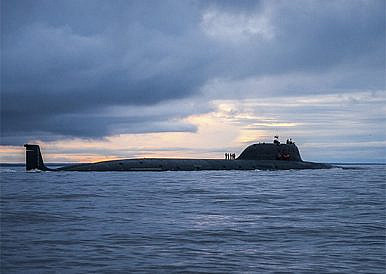 Russia is allegedly working on a new class of nuclear-powered fifth-generation submarines with the first boat expected to be delivered to the Russian Navy by 2027, a source in the Russian defense industry said on May 31.

The new class of submarines, designated Husky, will likely be armed with a 3M22 Zircon (NATO reporting name: SS-N-33) anti-ship hypersonic cruise missiles purportedly capable of traveling up to speeds of Mach 6 at an estimated maximum range of 270 nautical miles (500 kilometers).

“The Husky has been included in the state armament program for 2018-2027. There are plans to start the experimental design work on the construction of submarines of this class from 2023 and deliver the lead vessel by the end of 2027,” the source is quoted by Tass news agency as saying.

While the St. Petersburg-based Malakhit Design Bureau has been working on a design for the new class of subs since 2016 following the signing of a contract with the Russian Ministry of Defense, the preliminary results “have been recognized as unsatisfactory” as “they fail to meet the customer’s requirements,” the source noted.

Last month, the defense ministry leaked that it would cancel an upgraded variant of the nuclear-powered ballistic missile submarine (SSBN) Project 955A Borei II-class (“North Wind”) or Dolgorukiy-class following a cost-effectiveness analysis of an initial sub design done by the Rubin Central Design Bureau for Marine Engineering in St. Petersburg.

The new sub class will reportedly displace 4,000 to 6,000 for the SSN and SSGN variant, while a SSBN version would be substantially larger displacing at least around 10,000-12,000 tons to accommodate submarine-launched ballistic missiles. However, given that Russia new state armament program foresees the construction of six additional Borei II-class (also designated Borei-A) SSBNs, there is no immediate requirement in the Russian Navy for a new boomer class.

The new Husky-class is will likely incorporate various elements such as advanced noise reduction technologies of the Borei-class as well as the Project 885-M Yasen M-class of SSNs. Given financial constraints, one of the principal goals of the Husky program is to be build the new subs at much reduced cost in comparison to their Soviet-designed predecessors.

The Husky-class will likely carry fewer missiles than Yasen-class boats. Construction of the new class could begin as soon as work on the last Yasen-class sub is completed. There are currently five more Yasen M-class subs under construction with only one Yasen-class sub, the K-329 Severodvinsk, so far commissioned into the Russian Navy.

However, as I noted previously, it is unlikely that Russia“will complete more than two additional Yasen M-class boats by 2020 due to budgetary constraints — the subs are among the most expensive pieces of military hardware ever built by Russia.”

Indeed, it is highly unlikely that this new class of subs will move beyond the design stage in the coming years given Russia’s shrinking defense expenditure as well as the ongoing work on existing submarines, which is already stretching the country’s defense budget, in addition to work on the Yasen-M and Borei II-classes.

Should Husky-class subs ever be put into service by the Russian Navy, they will likely be deployed with the Northern and Pacific fleets.
You must log in or register to reply here.
Similar threads
Russia and UAE to start working on 5th generation fighter 2018
Russia and India to work on 5th-gen upgrade to Su-35 fighter
Russia Might Be Working on New ‘F-35 Killer’ Drone
Russia to assist india in military maintenance work
Share:
Facebook Twitter Reddit WhatsApp Link