Kumaoni said:
Russian artillery man. Instead of procuring cheap small arms which we can manufacture why not procure their artillery smg
Click to expand...

We already have atleast 8 indigenous alternatives for every requirement that the Indian Army has, its just a matter of the IA ordering the damn thing. 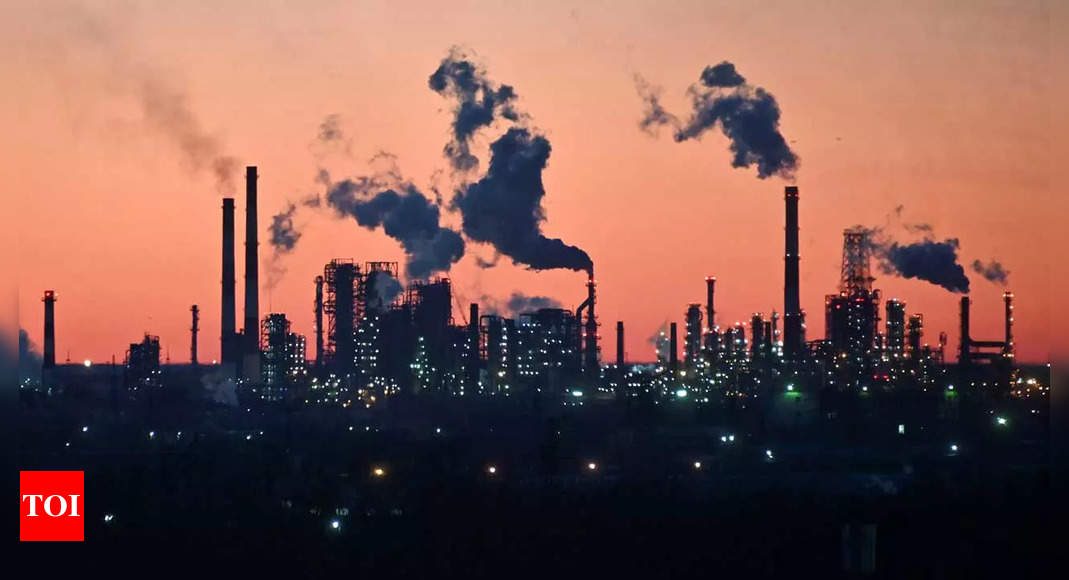 India Business News: China spent $18.9 billion on Russian oil, gas and coal in the three months to the end of May, almost double the amount a year earlier, latest customs

Seth Modi and the Red Emperor funding the Little Tsar per Bloomberg.

The way India is being highlighted , I want india to import more oil show middle finger . check below data

Ya Allah
Even Toorki imports more than us? where are the hitpieces against Erdogan?

shade said:
Ya Allah
Even Toorki imports more than us? where are the hitpieces against Erdogan?
Click to expand...

India ll matter a lot in future geopolitics . But we are not giving any clue to anyone

Everyone check out this thread lol.
Goras acting surprised that we're not Putin's Jewish Banker, funding his Akhand Russia war.

Soldier355 said:
Incredibly, a Russian soldier destroyed an S-300 SAM launcher of Ukraine with one shot, the cost of the S-300 SAM system was $250 million.


What Russia is storming in Ukraine, the defensive structures of the Armed Forces of Ukraine. When they say that the advance of the Russian army in Ukraine is slow, no one usually mentions the built defensive structures of the Armed Forces of Ukraine. It is also worth noting that now is not the Second World War and soldiers are not thrown into attacks on machine gun embrasures. For 8 years, the engineering troops of Ukraine have built many kilometers of defensive systems, this is of course not the Mannerheim Line, but these structures still need to be captured by the troops. Caponiers for heavy military equipment have been prepared in many places, where tanks or armored vehicles can be placed. Built concrete bunkers and bunkers that are even difficult to destroy artillery. You can keep the defense in them for several months in a row, even underground tunnels have been built. War correspondents showed the concrete structures of the Ukrainian army in the Donbass. Some examples of Ukrainian fortifications in the video.

Many Ukranian cannon fodder have not been paid salaries for months.. Expect such things more often.. I would not be surprised if Ukie soldiers themselves provided targeting data to Russians on where to hit M-777s and HIMARS stores in return for good money ..

Opinion | Why the U.S. dollar will be replaced as the dominant global currency — sooner than you think

A new world order may be coming in global finance, writes Frank Giustra. And this sort of transition isn’t always peaceful.

Excellent piece on global de dollarisation and the commodity backed currency system that is emerging in its place. Use archive.ph to bypass paywall and access full article

GaudaNaresh said:
anyone who equates women's value by her looks only or looks primary, is standard edition western trash.
Click to expand...

that's kind of bioevolutionary my man. There is nothing wrong with wanting good genes to be passed down to the future of the species. The idea that we shouldn't care about how a women looks is just ugly women coping with being ass-ugly and blaming men for their inability to go to the gym and lose weight.
Last edited: Jul 7, 2022

LETHALFORCE said:
The claims are real , rarely see Ukranians using any of these weapons claimed to have been sent???
Click to expand...

There are plenty of videos of Ukrainians using western weapons - did you have any specific weapon system in mind?

As far as claims of Ukrainians "selling" or Russian capturing any Cesar artillery - unless video evidence is provided it's just shit post level propaganda.

The new SAMs that were used against kalibr by UKR yesterday, what SAM was that?

But may not be worth the cost of digging all that gold out.

shade said:
Looks like "restore" as in "who will finance the rebuilding of each region".
None of them have the balls to get officially involved.
Click to expand...

I work with PowerPoint and spreadsheet daily basis. I can tell you 99% of times all these fancy projections except to give us good time, it never materialises. We just do some jugaad and keep pending the trouble for the future.

and you left out the part where Russia launched some missiles and killed most of the personnel. This was a very stupid and futile move by the Ukrops.