They got their priorities right, haven't they? 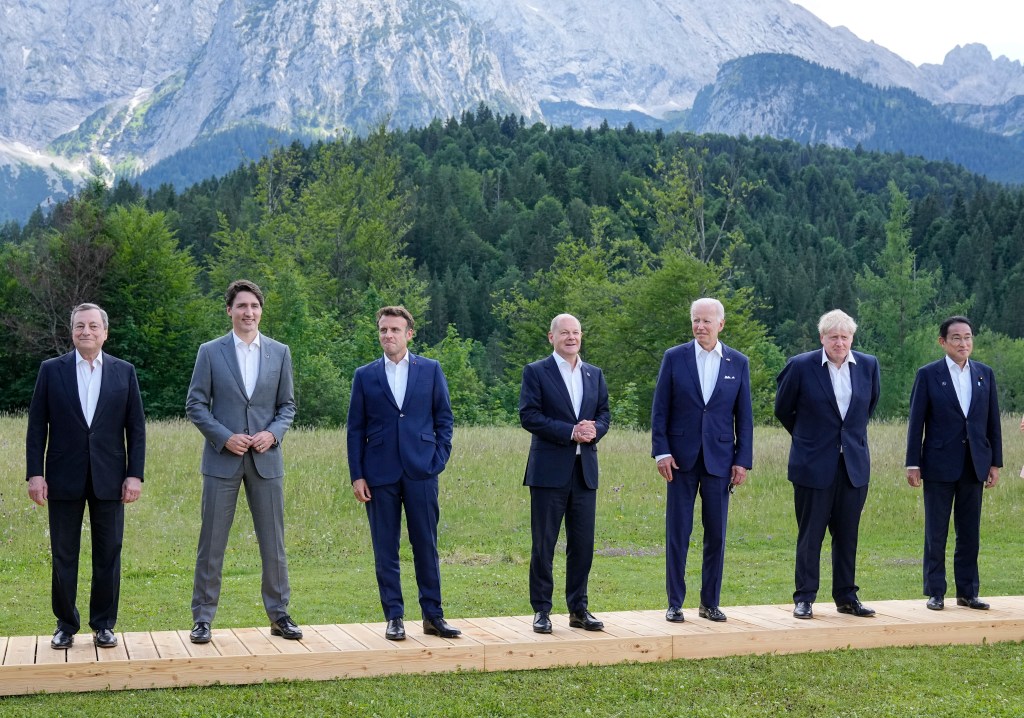 The memo for the 48th G7 Summit? No necktie. 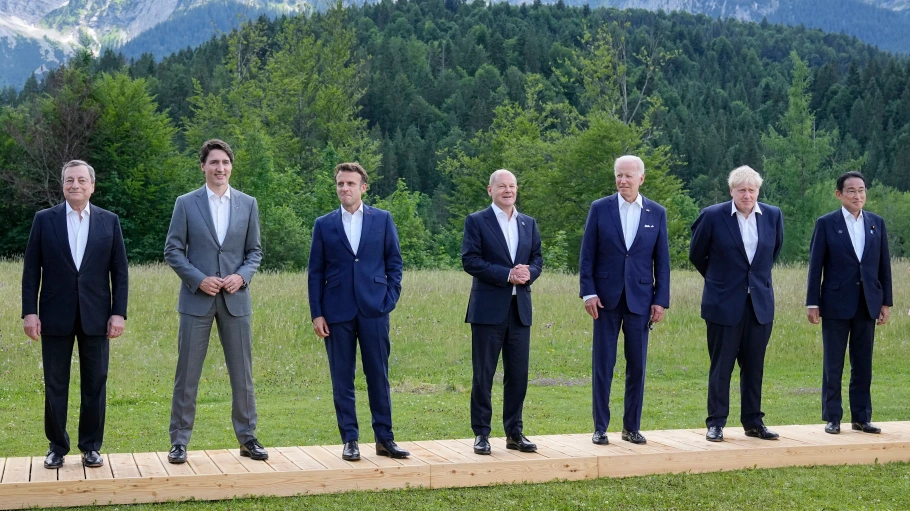 “Traditionally, the tie is a badge of professionalism, distinction and success,” said Peter Bevan, a London-based menswear stylist, adding that it once carried gravitas, but now it’s being considered as “increasingly stuffy and conservative — becoming more casual since the pandemic in line with the rest of the world is perhaps a way for the politicians to remain relatable and relevant.”
Click to expand...

“Wearing a tie is wrapped up in notions of class, male privilege and status, which are concepts the younger generation are increasingly trying to reject,” Bevan said.
Click to expand...

New change of plans???!!!!
this is going beyond all sort of permutations!!

missiles being placed closed to Russian borders was Russians gripe with NATO .
Click to expand...

Ah, got you.
Still if they were to choose between
A) Finland / Sweden joining NATO while Russia get back East Ukraine, Crimea and knock out the Ukranian army
B) Finland / Sweden remain nominally neutral (while the latter especially being in the NATO camp to begin with anyway) while Russian interests and Russian minorities get rogered in Ukraine

It's a no brainer isn't it

If being in fear had a face with nose ring in active combat zone!!!!!!

Whole Western world ganging up on one country.
W

LETHALFORCE said:
Whole Western world ganging up on one country.
Click to expand...

Six more French Caesar howitzers. That should make all the difference. Especially since Russia captured two of them the last time.

A French journalist announced the capture of the Caesar self-propelled guns transferred to the Armed Forces of Ukraine.

Listen to this clown blaming NATO. I guess everyone in Ukraine believes the whole world is obligated to help the most corrupt country on Earth. Even the US doesn't have this much of an entitlement attitude, and trust me, we have a lot of that.

I'm sorry but that looks staged. Mines are supposed to be buried and not be so obviously visible.
R

Master Chief said:
Of course Russia will suffer too.. But, conquering half of Ukraine will give Russia strategic depth where they can afford some setbacks in a war against NATO. Russia is on their way to neutralize an enemy with 1/3 rd of Russia's population.. Defending the Baltics is impossible for NATO.. As per Estonia PM, Nato plans to take back Baltics from Russia, after 6 months of Russia rolling into the Baltics..

its like saying india will lose if they take back pok completely along with askai china nad some parts of Punjab and sindh with no muzzie population transfer to india due to the fact that china,what remains of pak and the ReSt oF tHe WoRlD will sanction us.

We can take the short terms sanctons and due to the conditions of the cultures of the world today, in the long term they will all come back to the table for business.

Long term victory matters more than short term victory and in the long term all states to the west of europe and the america and uk are having strong demographic problems and cultural problems too and these trends are also supported by leadership and policy.These guys are just blustering with NATO threats,in the coming ten years there wont be much of a will to support any war effort except some capitualtion and compromise like what is going to happen in ukraine war .

Russia despite its demographic problems which are not worse than that of europe(I am not only talking about raw numbers,but also culture and other political demographic problems) does not have self-destructing hatred towards its own people and culture.

Remember,some states need to be further analyzed to see the true reality,does it matter if your gdp goes up if your country is being colonized by subhumans.
L

ww2historian said:
Six more French Caesar howitzers. That should make all the difference. Especially since Russia captured two of them the last time.

A French journalist announced the capture of the Caesar self-propelled guns transferred to the Armed Forces of Ukraine.


Didn't russia also report they detected get at this Island few weeks ago!


Didn't russia also report they detected get at this Island few weeks ago!
Click to expand...

They wasted pantsir by sending to the island.


Didn't russia also report they detected get at this Island few weeks ago!
Click to expand...

They withdrew because it's hard to defend the island.
Also it's worthless tactically I guess.

Love Charger said:
Bilkul ji, the oil which has come from mother Russia.
Click to expand...