This is the true face of the evil that has come to be known as the west, led by the great satan!! This is what hypocrisy looks like, gentlemen.

ww2historian said:
Perfect conditions, the Russians are in the right place at the right time. Ukraine is low on fuel, manpower, heavy equipment, ammo and last but not least, morale.
Click to expand...

Even the Daily Torygraph, which has essentially turned itself into an AFU mouthpiece, admits as much.

Russia ‘seizes initiative’ in battle for the Donbas

Vladimir Putin’s forces said to be on cusp of capturing Severodonetsk, one of the last cities in the area under Ukrainian control

Blood+ said:
Here's little something for our esteemed brown sepoys and western ass-lickers -

This is the true face of the evil that has come to be known as the west, led by the great satan!! This is what hypocrisy looks like, gentlemen.
Click to expand...

If he gets extradited to the US, which is what they're trying to do so bad, he basically faces the death penalty. The so-called "champions of human rights and democracy".

This war is dragging on for so long . Why is no country using nukes like US in WWII . Get it over with quick .
W

The idiocy of your posts was the obvious giveaway to me that you're a mindless gamer.

ww2historian said:
The idiot Kissinger is saying that for the wrong reason. "Henry Kissinger said that Ukraine must concede territory to Russia to end the war, and warned the West that a humiliating defeat for Russia could result in wider destabilisation." Yeah, he's worried Russia might lose the war. LMAO! Isn't a Russia loss result in Ukraine regaining all territory? Convincing Ukraine to give up territory so they don't humiliate Russia by winning, might be a hard sell. He is 97, so that explains a lot. Unless the plan is for Ukraine not to lose face, lol.
Click to expand...

That man is not an idiot ! He is a cold war era policy maker & behind many crucial decisions for Americunts which led to their win in Cold war . It seems west will fight Russia to the last Ukrainian . Olodymyr elenskyy must sign a treaty with Russia & end this senseless war .
W

temujin said:
Even the Daily Torygraph, which has essentially turned itself into an AFU mouthpiece, admits as much.

Russia ‘seizes initiative’ in battle for the Donbas

Vladimir Putin’s forces said to be on cusp of capturing Severodonetsk, one of the last cities in the area under Ukrainian control

This may be the turning point of the conflict- the domino effect from the collapse of the Donbass front may well cause the whole Ukropian resistance to fold very quickly
Click to expand...

No doubt, when a foundation is built by a coke head that wears high heels, once the foundation gives way it comes crashing down very fast. 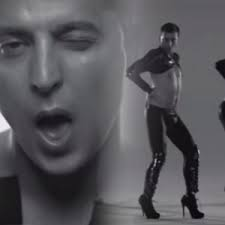 Ukraine getting harpoon missiles for defending Odessa. Too late for Odessa now for the Ruskies?

Bhumihar said:
You see Mate there is no straight research that says Which Religion folks are the most patriotic than others and I don't think there is a way to gauge it either but I will try to entertain you for a bit with contradictory opinion that are based on my own inference.
You see this data below mate.

Ignore Afghanistan and Pakistan and concentrate on Bangladesh - a so called secular nation with Hindu as minority group and relatively close to West Bengal having similar culture and exchange of idea. They have what some 80% demanding Sharia.
Are you in agreement with me that the Indian no for the same could be anywhere between 50 to 60%. 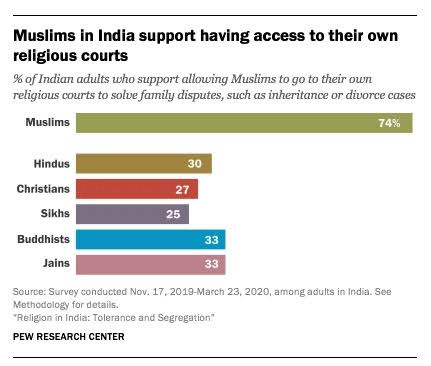 Now Straight to Indian Muslims you can see the number yourself, actual "Sharia" is not the word but the concept of Muslims Personal law board and court is very close to it. 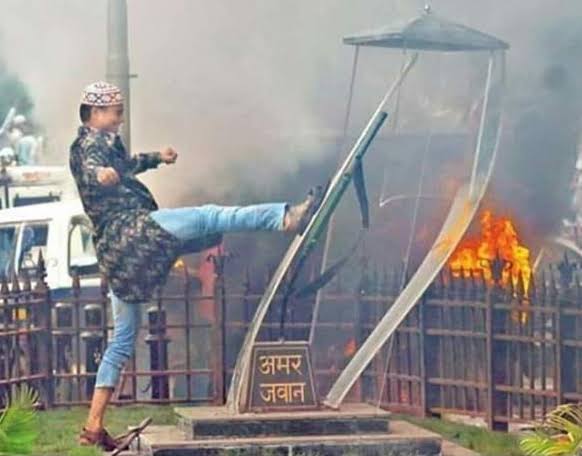 Have you ever observed a Muslim Rioters.
I am sure you did not get chance to observe many riots in your life but we have repository here that documents brutality in each riots.
Mostly data of Muslims and Hindu rioters are available.
In the most perilous of times no Hindu group has ever desecrated a national monument specially those representing soldiers but u can't say the same for Muslims.
There is no data for crime statistics based on religion but I am sure if one was to be conducted Muslims would have a overrepresentation like the blacks have in US crime statistics.
Based on anecdotal evidence one can guess that muslims themselves don't know what it means to be patriot or at least there is a hidden clause to their patriotism.

Also do you believe Kashmiris are against India because they lack jobs or opportunities?

Retarded statement Hindu are close to replacement rate and it should be so considering we are overpopulated its Muslims who are breeding like crazy.

Also do you agree with the statement "Demographic is Destiny"?
Click to expand...

Rioters are assholes (I care not if they are muslims, hindus, Christians or libtards), again a law enforcement issue, also fringe groups who can be tackled with good state or federal policing. Depending on where. Don't blame an asshole for desecrating a monument, blame the people who're supposed to guard it. An asshole will do what an asshole does, i.e shit all over the place.

For those breaking a law, there shouldn't be any leniency, they need to be prosecuted and sentenced with harsh punishment. Don't conflate local law enforcement issues with grand sweeping societal issues.

Do you believe all Kashmiris are against India or is it a fringe minority?

So is it the Muslim's fault that you aren't procreating enough? Perhaps the better idea is to have better family planning services, use of contraception, education on having children with in one's financial means etc.

So what if a muslim thinks Sharia needs to be law of the land? Don't you as a Hindu think India should be a land of Hindus based on Dharmic Law? An opinion, feeling and sentiment is much like an asshole everyone has one.

The State shall not discriminate against any citizen on grounds only of religion, race, caste, sex, place of birth or any of them

How is anything you propose, not an open and shut case, it won't pass even pass a state assembly as it infringes on fundamental rights. Let's suppose a State Passes a Law requiring Muslims to curtail procreating like bunnies, will it survive even the State's High Court, let alone the Supreme Court.

What we want is a stable internal atmosphere ( as a growing country with a myriad challenges) and that means to get along with those you disagree with. What you suggest is essentially what Ukr did with Ethnic Russian minorities.

Don't buy too much into media hype, riots and fringe shits. They are fringe, vast majority of people are just trying to survive.

Instead, focus on, creating jobs, good education, encourage entrepreneurship, small businesses, encourage training in various trades, encourage innovation, have a simple tax code for individuals and companies, keep taxes across the board low and reduce / eliminate tax loop holes. Invest in good roads, rail networks, air networks, nuclear energy, wind/solar where applicable, invest in local defense manufacturing, be tough on crime be it local one off or organized etc etc

As leaders of the country, prime responsibility is to ensure all citizens are safe, have the liberty to pursue happiness and make a joyful lives for themselves.

I disagree with the point that demographics are destiny. Identity politics are the bread and butter of libtards and going down that road is only an open invitation to misery and death by a thousand cuts.

This ain't no time for fucking around, we need to keep the eye on the ball, our enemies look daily for weak spots and the last thing we need is Indians turning on each other be it Hindu, Muslim, Sikh, Christian, Jain, Buddhist etc.

ww2historian said:
The idiocy of your posts was the obvious giveaway to me that you're a mindless gamer.
Click to expand... ww2historian said:
The idiocy of your posts was the obvious giveaway to me that you're a mindless gamer.
Click to expand...

This is the heresy of the highest order!! The Ordo Hereticus wants to know your location.
B

Two Minutes To Midnight said:
If he gets extradited to the US, which is what they're trying to do so bad, he basically faces the death penalty. The so-called "champions of human rights and democracy".
Click to expand...

Too high profile for the death penalty but they will make it damn sure that Assange never sees another sunrise for the rest of his life. That's why I keep saying this - "FUCK USA!!"
B

Blood+ said:
This is the heresy of the highest order!! The Ordo Hereticus wants to know your location.
Click to expand...

I did say mindless gamer, not just a gamer. I enjoy video games as much as the next person.
L

Immanuel said:
You want to target a population of 213 million Muslims in India (almost 11% of global muslim populace) with one child policy ? You want to force them to assimilate, if not use force to break them. Please take these brilliant policies to China or to some tin pot dictatorship. You're sounding more retarded than tik tok libtards.

You're look for a problem where it doesn't exist. Vast majority Muslims in India are peaceful and patriotic. The radicals in almost any religious demographic is such a minority that, it's nothing more than a local law enforcement issue. You want to keep a Hindu majority, go out there and make babies instead of forcing others to stop.

Interesting research below for those who want to learn. 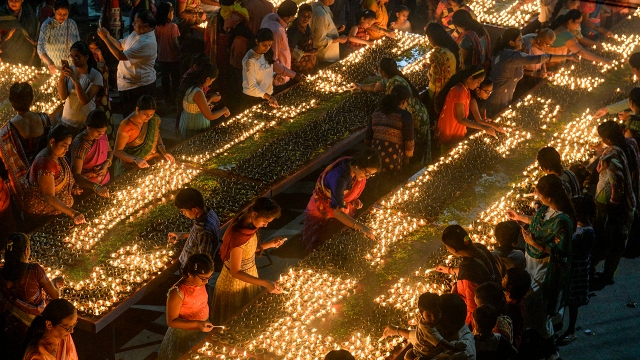 India’s population has more than tripled in the six decades following Partition, from 361 million (36.1 crore) people in the 1951 census to more than 1.2

"You're look for a problem where it doesn't exist. Vast majority Muslims in India are peaceful and patriotic. "
You have to ask yourself two questions
A. Were the vast majority of muslims in 1947 West Punjab and East Bengal peaceful and patriotic
B. Was there any difference in mindset or support for Jinnah / muslim league between those muslims and the "Indian" muslims

if you have the guts to answer those two questions honestly, you will also realise how stupid, nonsensical and "Nehruvian" your arguments are.
B

ww2historian said:
I did say mindless gamer, not just a gamer. I enjoy video games as much as the next person.
Click to expand...

Dude, chill out!! It was just a lame-ass Warhammer joke!!
W

Blood+ said:
Dude, chill out!! It was just a lame-ass Warhammer joke!!
Click to expand...