The Russian Helicopters holding, part of the Rostec State Corporation, will supply more than 120 helicopters, of which 18 are combat helicopters, to China under the 2019 contracts which was stated in the report of Rostec last year. This is reported by Izvestia.

In addition, the report notes, that JSC Russian Helicopters handed over the first eight helicopters to the Russian National Air Ambulance Service: four Ansats and four Mi-8s. By 2021, the organization plans to deliver 87 medical helicopters.

“JSC Russian Helicopters, within the framework of the MAKS-2019 aerospace show, presented for the first time the Ansat helicopter with a high comfort cabin made in the style of the Aurus brand,” the document says.

The interior design project was created by employees of JSC Russian Helicopters and the Scientific Research Automobile and Automotive Institute.

The Russian military is preparing for a significant "storm" development – as in serial production of its upgraded Mi-171Sh Storm military transport helicopter, which will be equipped with guided missiles. Production on the new model will begin in two years, state media reported.

The Mi-171Sh is the latest updated version of the Mi-17, which entered service in the Soviet Red Army in the 1970s and which saw use as an armed gunship version.

The Mi-171Sh military/transport helicopter is designed to transport personnel, cargo and equipment inside the cargo cabin or on an external sling, drop tactical air assault forces and reconnaissance and sabotage groups, destroy ground targets and carry the wounded. Additional versions of the helicopter are available: search & rescue, fire-fighting, ambulance, corporate.


The Mi-171Sh was specifically designed for operating in combat missions in local armed conflicts. The design incorporates a five-bladed main rotor, a tail rotor and non-retractable tricycle nose-wheel landing gear.

The glassed-in cockpit accommodates three crew and cabin houses up to 36 troops, or up to 12 casualties on stretchers. The helicopters are equipped with modern avionics and instrumental equipment, to operate in all weather conditions at any time of the day.

The armour protection provided over the crew cabin and vital units increases the combat survivability of the helicopter. The helicopter has an IR-decoy dispensing system to counter an infrared homing surface-to-air missile or air-to-air missile.

The fuel tank self-sealing covers and polyurethane foam protection avoid the possibility of fuel explosions and leakage in case of combat damage.

The Mi-171Sh is also provided with hardpoints to carry up to 80 S-8 unguided rockets and GSh-23L 23mm cannons, with an ammunition load of 500 rounds.

The Russian Helicopters holding, part of the Rostec State Corporation, will supply more than 120 helicopters, of which 18 are combat ...

Lol, I don't know how Chinis brag about their military industry if they still need imports from Russia for weapons they do have homegrown alternatives for.

warriorextreme said:
Lol, I don't know how Chinis brag about their military industry if they still need imports from Russia for weapons they do have homegrown alternatives for.
Click to expand... 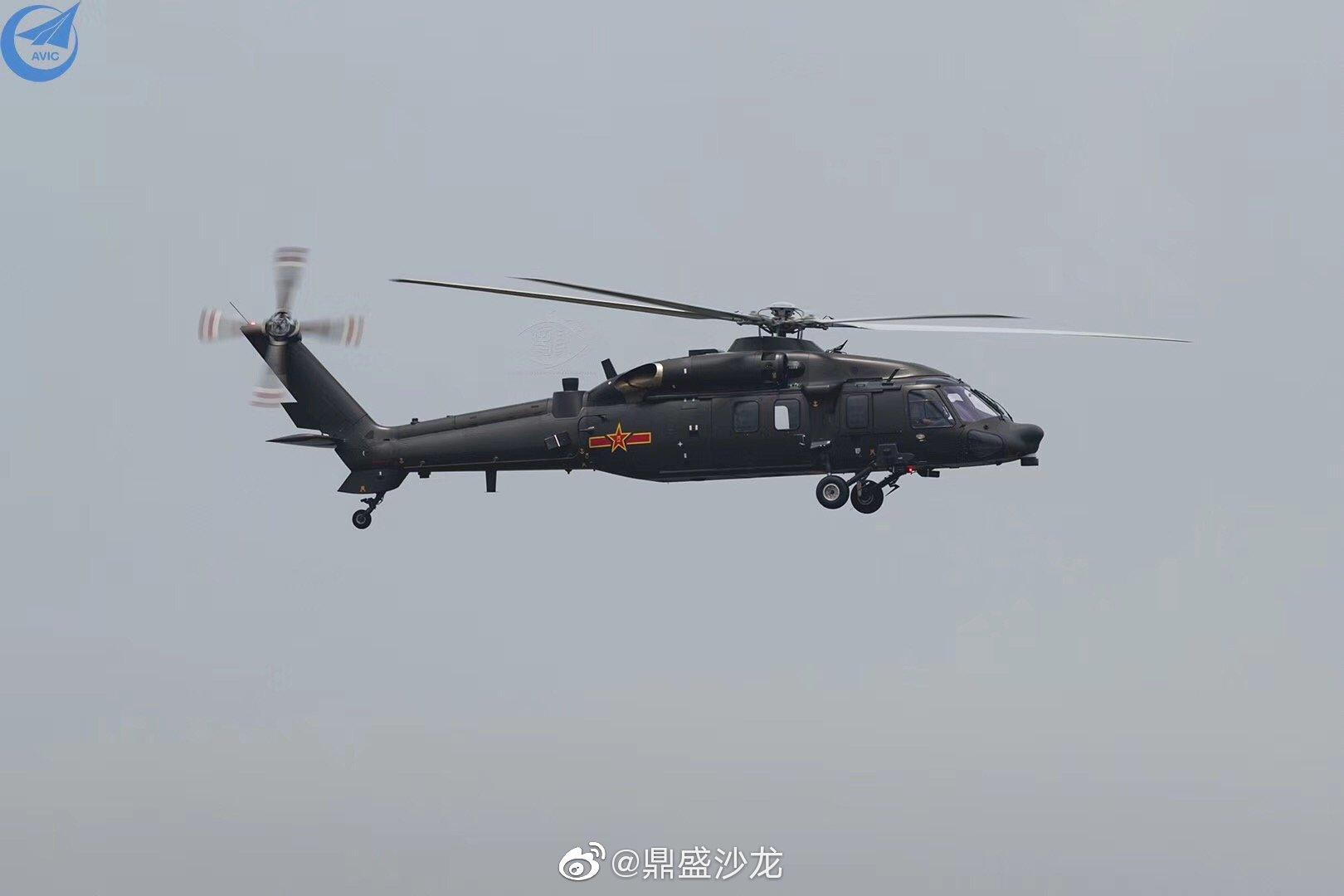