Russia to Deliver APC's and Helli's to West Bank

"In the nearest days, 50 armored personnel vehicles will be delivered to Jordan and then will be transferred to the Palestinian security forces in the West Bank," Andrei Nesterenko, a Foreign Ministry spokesman, said at a news briefing here.

Russia offered in 2005 to supply Palestinian security forces with 50 armored personnel carriers (APCs) and two Mi-17 military cargo helicopters. But these deliveries were initially blocked by Israel, which feared that the APCs and the helicopters would get into the hands of the radical Palestinian group Hamas and be used against Israeli military forces, said Dmitry Vasilyev, an analyst who tracks arms exports for the Center for Analysis of Strategies and Technologies, a think tank here.

In 2008, Israel agreed to have 25 Russian APCs delivered to the Palestinian security forces on the condition that all weapon systems would be removed from the vehicles.

In March 2009, Russian Foreign Minister Sergei Lavrov said that 50 APCs and two Mi-17s would be handed over to the Palestinian Authority as a gift aimed at strengthening the Palestinian administration.

Russian officials said then that the vehicles' weapon systems would be dismantled, and the APCs would be delivered from the Russian Defense Ministry's existing stock of APCs. 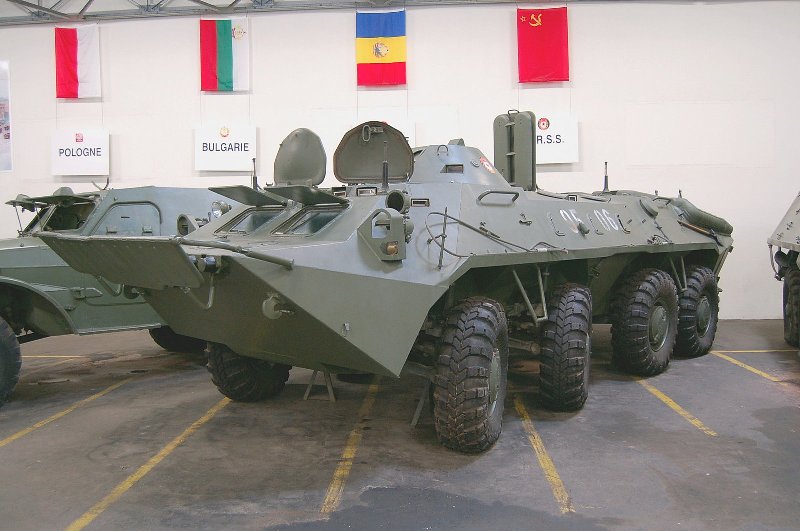 http://en.rian.ru/mlitary_news/20100701/159652192.html
You must log in or register to reply here.
Similar threads
Russia Negotiates Sale of Three Frigates to India as Ukraine Failed to Deliver Turbines
Russia delivers all of the 151 Mi-17V-5 helicopters ordered by India
Russia to deliver 18 helicopter gunships to Afghanistan in October
France plans to deliver helicopter carriers to Russia.
Share:
Facebook Twitter Reddit WhatsApp Link