OMG what is this ? Can’t read Russian . But it beats Jurassic Park !
Click to expand...

Ivangorod The 100th Anniversary of the Red Army 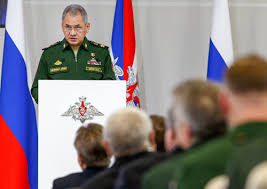 After the impression that relations between the West and Russia began to improve despite mutual sanctions, the tension between the NATO countries and Russia is growing again.

Not mentioning facts, official agents of Western countries represent Russia's activity as a conspiracy theory, that looks like nonsense.

NATO troops have been accumulating on the eastern borders of Europe for several years. The world is waiting for a new war. In addition, everyone is under the impression that the probability of conflict is highest since the end of the Cold War.

At the same time, it is asserted without any qualification that Russia pursues a policy of manipulation and secrecy. However, the Russian army command, which has been continuously and reasonably working to reduce tensions in Europe for several years, has been implementing a policy of openness and transparency of its activities since at least 2012.

As an example of the defensive focus of their actions, military training "West-2017" is conducted at military training grounds in Leningrad Oblast Russia and Mogilev oblast Belarus. 90 foreign observers and military attaches from 60 countries were invited there. Among the invited were representatives of Sweden, Poland, Lithuania, Estonia, Latvia, Ukraine and Norway. Exactly the countries that are constantly say about the imaginary Russian threat. At the same time, Russian observers often are "forgotten to invite" to the large NATO force training since 2014.

NATO military inspectors, since the 2002, have been carried out dozens of observation flights over the Russian territory, under the Open sky treaty. At the same time, there was never fixed any facts of large Russian troops` deployment near their border. But the USA, Turkey and Ukraine in its turn, repeatedly forbade fly over the certain areas of their country. Perhaps, they have something to hide?

Daily military experts of the Russian army issue ballots and hold briefings for foreign journalists, during which they give detailed answers to the hottest issues with the demonstration of video and photo materials. Materials of this ballots and briefings can always be found on the website mil.ru. Furthermore, press-service of the Army of Russia recognized by foreign journalists the most cited in the 2017. What other country in the world on such a scale informs the public about its activities? But certainly, not the US Army!
A

Russian GRU agents are being clumsy all over the World.

Over 300 GRU spies' identities were discovered free online by Bellingcat through their automobile registrations. Apparently, GRU agents are not taxed when they buy cars and are exempt from traffic rules if their cars are registered in their names!

Rare Video of MiG-29K Naval Fulcrum landing near Arctic Base !!!