The tiny Pacific island nation of Nauru, with its phosphate mines nearly depleted and without any other significant natural resources, has only one thing left to sell: its international reputation. Enter Russia, which is more than happy to buy.

That's how Nauru this week became the fourth country to establish formal relations with Abkhazia and South Ossetia. The other three countries are Russia, Venezuela and Nicaragua. Unfortunately for the Kremlin, that's all it has to show after 15 months lobbying its allies to recognize the two breakaway republics, which are trying to assert their independence from Georgia with Russia's backing.

Russia insists it didn't provide incentives to Venezuela and Nicaragua in exchange for their support. Coincidentally, though, both nations subsequently signed big arms and energy deals with Moscow. The payment to Nauru seems to have been more direct. According to the Russian newspaper Kommersant, the country requested $50 million in economic aid in return for its diplomatic gesture. Nauru, population 14,000, really needs the money. The 8-square-mile rock somewhere northeast of Papua New Guinea has long benefited from wealth that literally fell out of the sky: bird droppings, piling up over the centuries in deep deposits mined for phosphate, which is used in fertilizers. Today's flocks just can't digest fast enough to make up for the depletion, and the white gold is almost gone.

As much as we wish more world leaders would be embarrassed by this kind of guano diplomacy, it isn't a particularly uncommon practice. Russia, in fact, may have learned the technique from the United States. For years, the U.S. has been propping up a trio of small Pacific islands or island networks it wrested from Japan during World War II, in exchange for their diplomatic support: Palau (population 20,000), Micronesia (107,000) and the Marshall Islands (64,000). President George W. Bush liked to inflate the number of nations belonging to the "coalition of the willing" for the Iraq invasion by including them, even though they couldn't supply any troops because they're completely reliant on the United States for military defense. They vote with the U.S. on nearly every United Nations initiative -- though on the rare occasions when they defect, as Micronesia and the Marshall Islands did in October when the General Assembly voted to condemn the U.S. embargo of Cuba, you know Washington is on shaky ground. 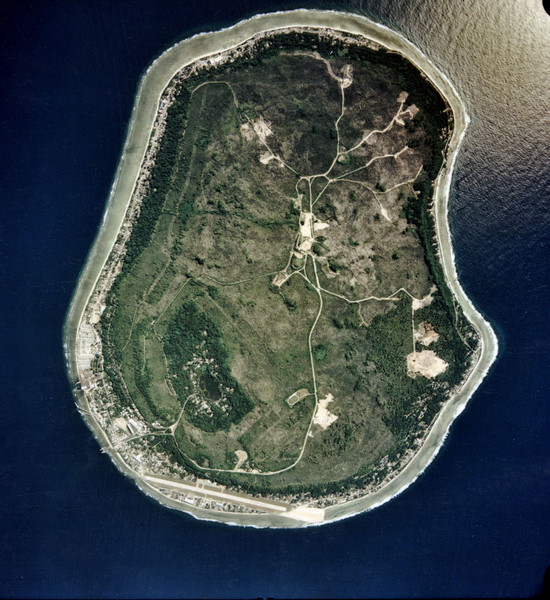 Here is more information about Nauru

A hefty price for such a small vote. The airport could be expanded to take military traffic.

If Russia does not leave Abkhazia and South Ossetia, then none can do anything about it, but lump it.

Now, can anyone bomb Russia to Kingdom Come/

That is the difference!!

It relates more to Kosovo than it does to the Taliban. Russia could easily have waited to recognise them but with the impending Kosovo decision in the ICJ, they wanted to set themselves up for an easy win based on hypocracy. None of these recognitions are a good thing for the international community who have seperatist problems. It just encourages more civil war.

In an unequal world, one cannot wait for the other to consolidate.

Were the Rainbow revolutions spontaneous?

Even in India, both the US and the USSR poured money during the elections to support their 'candidates'!

It is officially known that Krishna Menon was funded by the KGB, while Morarji Desai was once accused of being a US mole!

Nothing in international politics is a clean game.