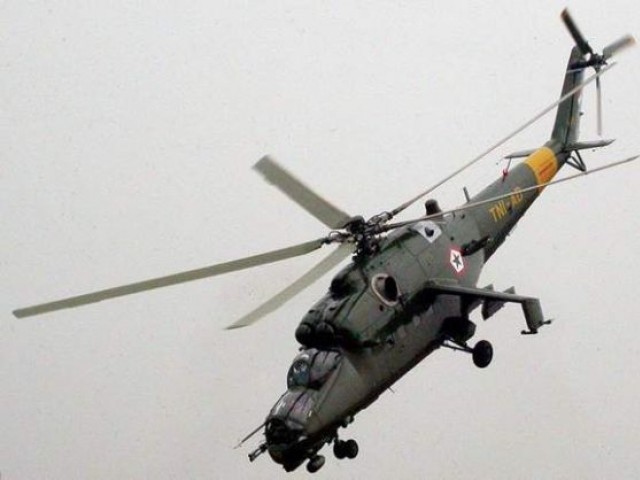 “An agreement was signed between Pakistan and Russian authorities in Rawalpindi for the purchase of four MI-35 helicopters,” said a senior military official on Wednesday.

The agreement is believed to have been finalised during Chief of Army Staff General Raheel Sharif’s visit to Russia in June earlier this year.

Russia’s move is a major shift in it’s policy in the wake of strategic partnership between US and India.

Moscow has for long ignored Islamabad in a bit to please its long term ally New Delhi. But as a result of India’s growing tilt towards the US, Russia has now begun to expand its cooperation with Pakistan.

For its part, Islamabad is eager to improve its ties with Moscow to diversify its options in the event of any stalemate in ties with Washington.

Last year, Russia had sent a draft contract to Pakistan for the dispatch of four Mil Mi-35M combat helicopters.

Russia’s state arms exporter Rosoboronexport, said that talks pertaining to the delivery of helicopters were under way with the Pakistani side. However, it declined to disclose the details of these consultations.

“Following the results of the talks held earlier on helicopters, which Pakistan would like to get from Russia, a draft contract on the delivery of four Mi-35M gunships has been sent to the Pakistani side. Pakistan is now studying the document,” the source said.

Earlier this year, US State Department had approved Pakistan’s request to purchase US-made attack helicopters, missiles and other equipment valued at almost $1 billion.

The Pentagon had said that Pakistan’s request included 15 AH-1Z Viper helicopters made by the Bell arm of Textron Inc alongside 1,000 Hellfire missiles produced by Lockheed Martin Corp and a host of other communications and training equipment with valued at a total of $952 million, according to a notification to Congress, which approves every sale.

Pakistan has been exploring options to replenish and upgrade its fleet of Bell AH-1 Cobra attack helicopters as its operation against militants enters the final phase. Among the options available were the Z-10 by China and the T129 ATAK multirole combat helicopters, manufactured by the Turkish Aerospace Industries (TAI).