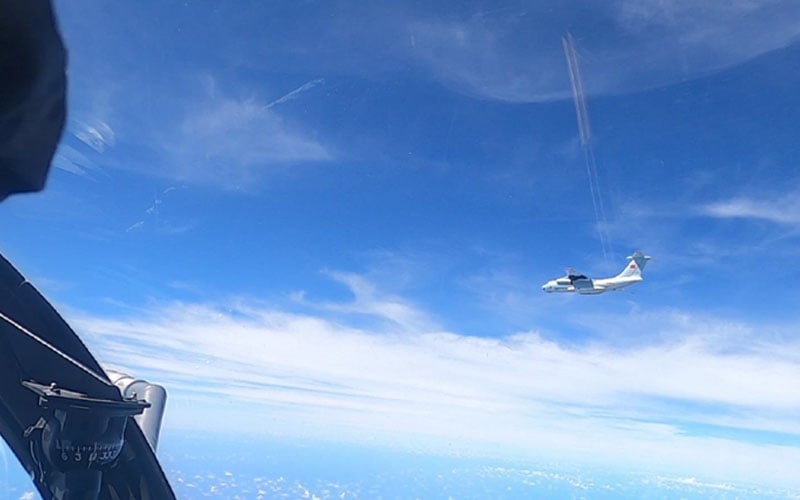 One of the Chinese planes that was forced to turn back.
PETALING JAYA: Royal Malaysian Air Force (RMAF) fighter jets were scrambled to intercept 16 People’s Liberation Army Air Force (PLAAF) planes over Malaysian airspace yesterday, the RMAF has revealed.
In a statement, RMAF said the “suspicious” flight of the 16 air force planes were detected by the Air Defence Centre in Sarawak at 11.53am.
“The air force planes were flying in tactical formation.”
The Chinese planes were detected flying between 23,000 feet and 27,000 feet above sea level at a speed of 290 knots entering the Malaysian Maritime Zone (ZMM).

There was no response from the planes after being told to turn back by the Malaysian Air Traffic Control, and they instead headed towards Sarawak waters. The RMAF then scrambled Hawk 208 fighter jets from the 6th Squadron of the Labuan Air Base to intercept the foreign planes.
The Chinese planes eventually turned around and left in the same direction they entered the ZMM.
RMAF said the PLAAF planes were identified as Ilyushin Il-76 and Xian Y-20 strategic transport planes which can carry out various missions. 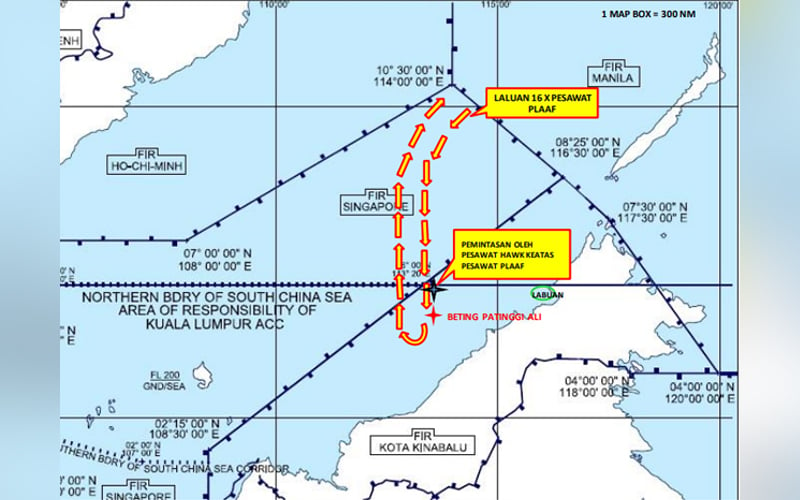 An RMAF map showing the flight path of the Chinese planes and how they turned back.
“This incident is a serious threat to our sovereignty and the safety of flights in our airspace.”

RMAF added that its conduct was based on the country’s laws and international rules of engagement of the International Civil Aviation Organization and National Air Defence Strategy.
“The foreign ministry has been informed of this incident.”
Last year, it was reported that the Chinese coast guard and navy ships intruded into Malaysian waters 89 times between 2016 and 2019.
The intrusions happened in the hotly disputed South China Sea.

(@TheWolfpackIN) Tweeted:
*PLAAF aircraft were a mix of Y-20 transports escorted by J-11s.

Since the Chinese are the ones intruding into Malaysian airspace, makes me think that the odds of the Malays going in for a Chinese fighter, the JF-17 for their light fighter needs seems rather implausible.

New development Chinese PLAAF Fighter planes enter Malaysian Air space. What will be implications for India as it enters straits of Malacca....

Official statement, Route and the Interception. 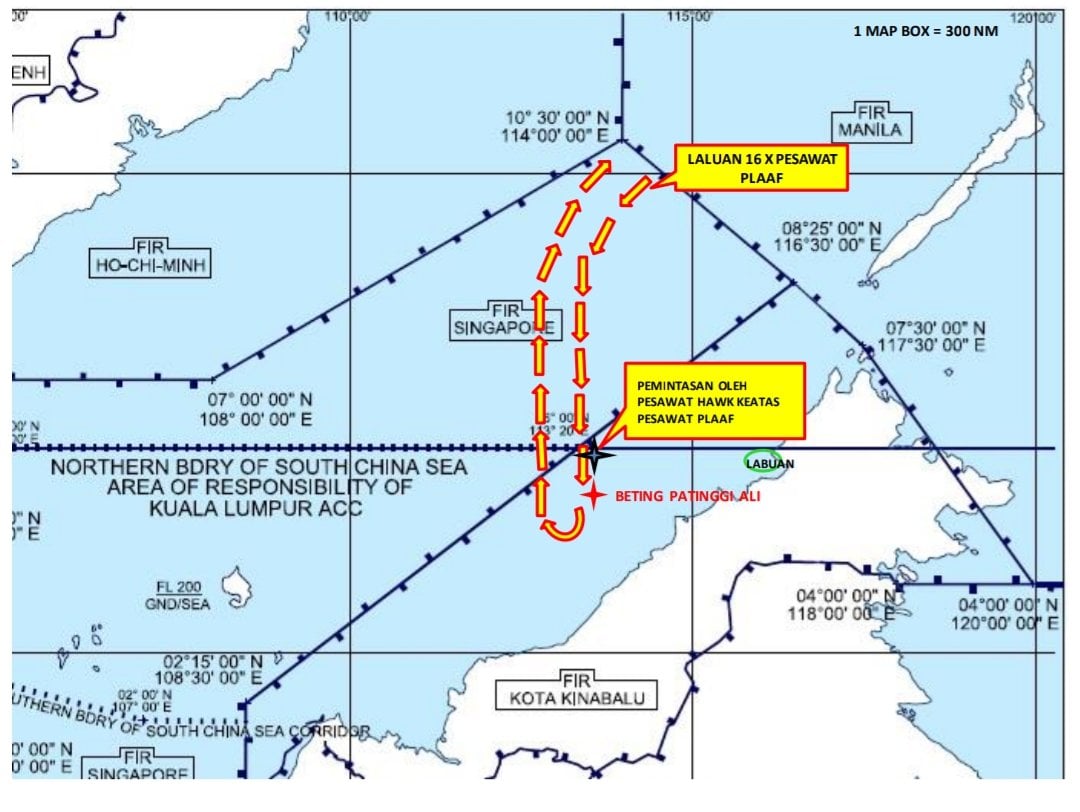 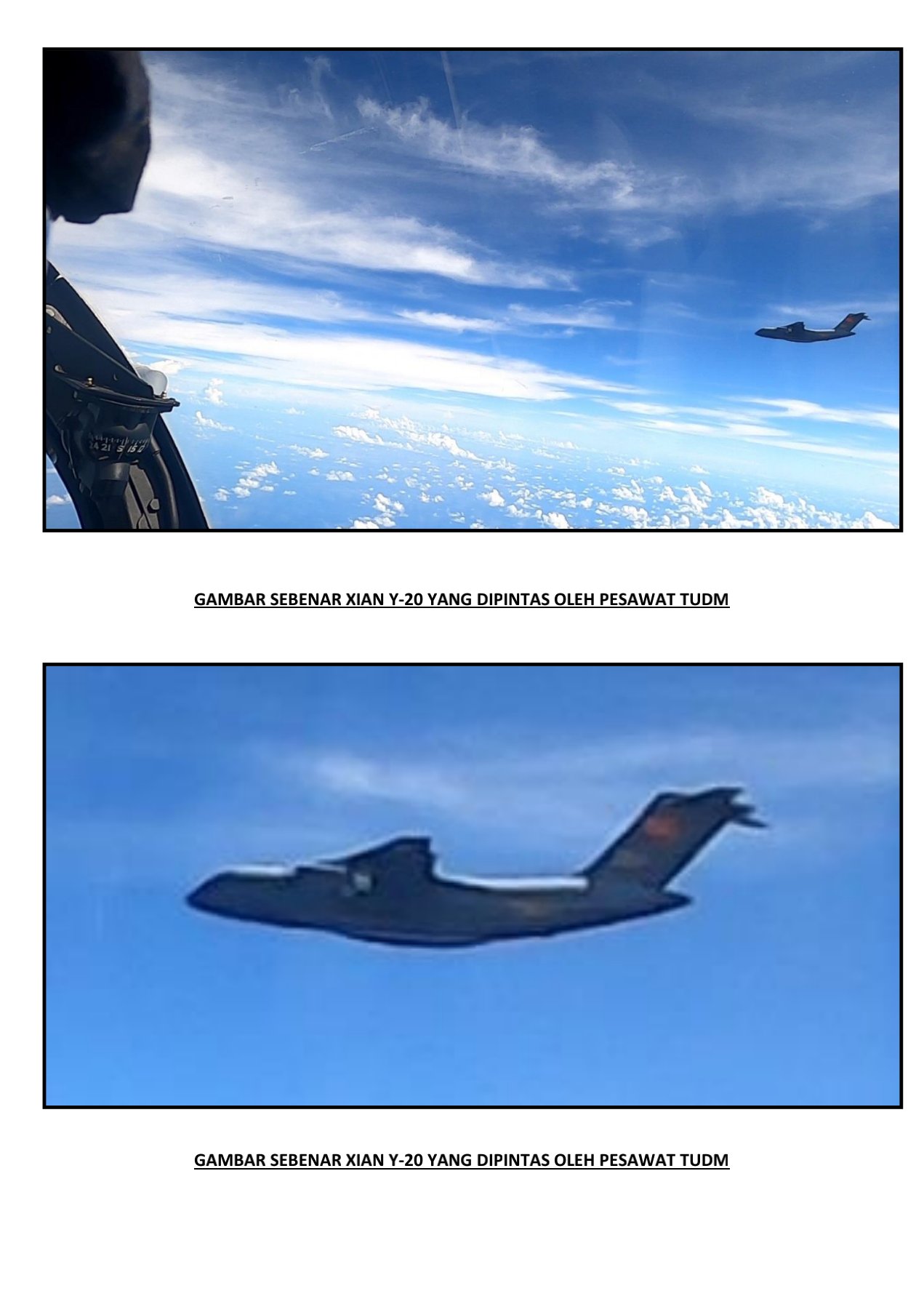