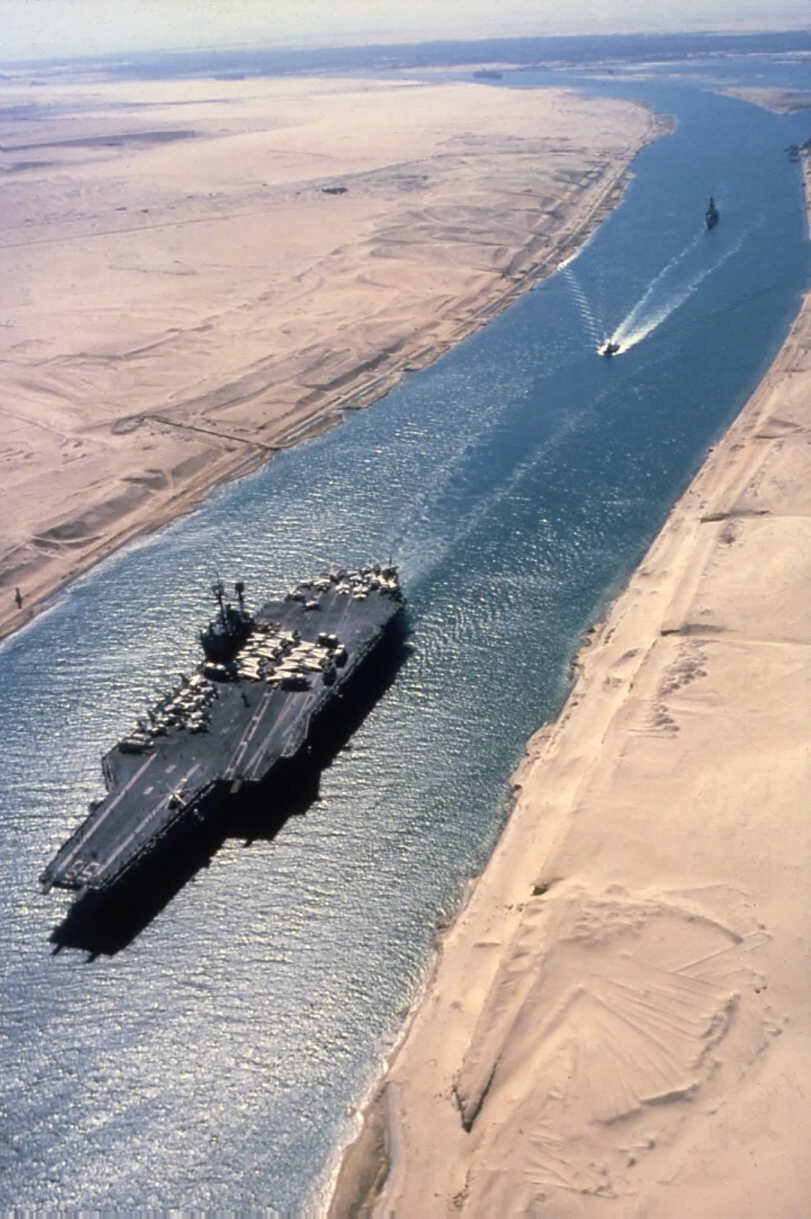 Photo by: Reuters
According to the report, thousands of Egyptian soldiers were deployed along the Suez Canal guarding the ships' passage, which included a U.S. aircraft carrier.


The Suez Canal is a strategic Egyptian waterway which connects between the Mediterranean Sea and the Red Sea.

According to eyewitnesses, the U.S. battleships were the largest to have crossed the Canal in many years, Al-Quds reported.

Egyptian opposition members have criticized the government for cooperating with the U.S. and Israeli forces and allowing the ships' passage through Egyptian territorial waters.

They said they viewed the event as Egyptian participation in an international scandal, and added that the opposition would not sit with its arms crossed while the country allowed a fleet of U.S. and Israeli military ships to cross.