Report: India May Have Put Beijing Within Range of Its Nuclear Weapons

A recent analysis by the Bulletin of the Atomic Scientists suggests that India has recently refocused its nuclear strategy on China, positioning new missiles “that indicate their primary target as China,” India’s WION news outlet reported on Wednesday.
Published on July 20, the non-profit’s study revealed that recent additions to India’s nuclear arsenal suggest that New Delhi’s defense focus has shifted from its traditional foe, fellow nuclear state Pakistan, to China.
“India’s nuclear strategy, which has traditionally focused on Pakistan, now appears to place increased emphasis on China, and Beijing is now in range of Indian missiles,” the study’s authors noted. “The change in posture resulted in all-new Agni missiles [medium to intercontinental range ballistic missiles] having ranges that indicate their primary target as China.”
According to the analysis, India’s nuclear buildup represents an effort to combat China’s increasingly “aggressive” development of its own defensive forces following the deadliest military conflict between the two countries in at least 45 years last month. On the night of June 15, Indian and Chinese border regiments engaged in brutal hand-to-hand combat that killed 20 Indian soldiers. The Indian army accuses Chinese forces of instigating the attack, describing it as an “ambush.” Beijing has refused to officially acknowledge casualties during the incident, leaving the number of Chinese troops killed unknown, though Indian military sources estimate about 40 of China’s People’s Liberation Army soldiers died in the conflict.
Over the past several decades, the Asian neighbors have occasionally fought over their disputed border, engaging in a full-on war in 1962. The threat of nuclear retaliation by either country, both armed, has so far deterred the escalation of sporadic border skirmishes over the years. Monday’s nuclear analysis suggests that India has begun to take extra precautions following its most recent border conflict with China, reinforcing its defensive arsenal.
“India continues to modernize its nuclear arsenal, with at least three new weapon systems now under development to complement or replace existing nuclear-capable aircraft, land-based delivery systems, and sea-based systems. Several of these systems are nearing completion and will soon be combat-ready,” according to the report.
“India is estimated to have produced enough military plutonium for 150 to 200 nuclear warheads but has likely produced only 150 … [A]dditional plutonium will be required to produce warheads for missiles now under development, and India is reportedly building several new plutonium production facilities,” the study’s authors added. 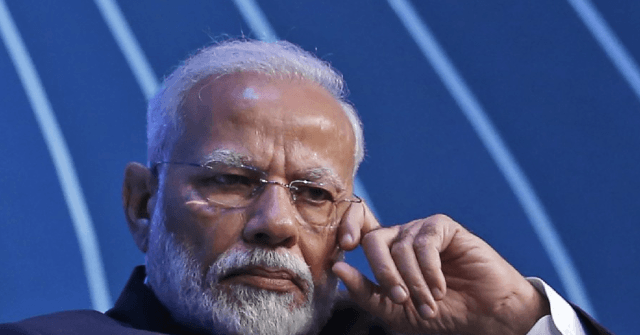 Report: India May Have Put Beijing Within Range of Its Nuclear Weapons

A recent analysis by the Bulletin of the Atomic Scientists suggests that India has recently refocused its nuclear strategy on China.