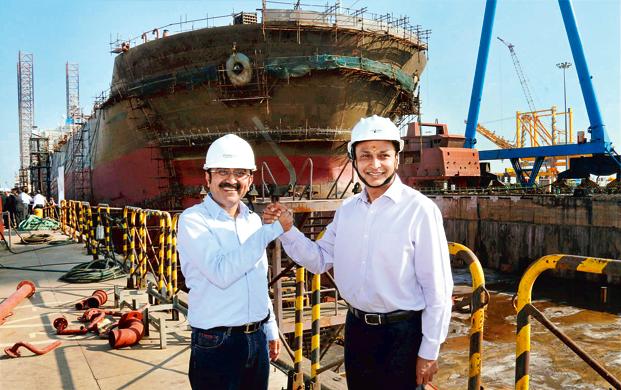 13 February 2017 0
Mumbai, Reliance Infrastructure Limited (RInfra)-controlled Reliance Defence and Engineering Limited (RDEL) has signed the Master Ship Repair Agreement (MSRA) with the US Navy to maintain the vessels of its Seventh Fleet operating in the region, with the company estimating revenues of about Rs 15,000 crore ($10 billion) over next 3 -5 years.

The Reliance Shipyard at Pipavav in Gujarat, one of the largest drycocks in the world, was qualified by as an approved contractor in January 2017 to perform complex repair and alternation services for the US Navy.

The Reliance Shipyard is the first in India to have received MSRA Certification to undertake servicing and repairing work for the vessels of the Seventh Fleet. The fleet has about 100 vessels of different types including auxiliaries. Currently, these vessels visit Singapore or Japan for such works.

"Reliance Shipyard has been selected after a detailed site survey by US Government representatives in end October 2016," an RInfra satement said, adding: "This selection by the US Navy is a true recognition of the world-class facility, processes and the high standard of capability of Reliance Shipyard."

The MSRA is a spin-off from the Logistics Exchange Memorandum of Agreement (LEMOA) signed on August 30, 2016 during Defence Minister Manohar Parrikar's visit to US. The negotiations for this had spanned over a decade.

The LEMOA is a tweaked India-specific version of the Logistics Support Agreement (LSA) that the US has with several countries it has close military-to-military cooperation with.

The LEMOA gives both countries access to designated military facilities on either side for refuelling and replenishment. India and the US already hold large number of joint exercises during which payments are done each time, which is a long and tedious process.

Pursuant to the signing of LEMOA, the US Navy is believed to have conducted survey of various shipyards in India before qualifying the Reliance Shipyard at Pipavav as the one qualified to undertake complex repair and maintenance work.