A recoilless rifle (RCLR) or recoilless gun is a lightweight weapon that fires a heavier projectile that would be impractical to fire from a recoiling weapon of comparable size. Technically, only devices that use a rifled barrel are recoilless rifles. Smoothbore variants are recoilless guns. This distinction is often lost, and both are often called recoilless rifles. The key difference to rocket launchers (whether man-portable or not) is that the projectile of the recoilless rifle has no propulsion of its own - once out of the rifle, it does not accelerate further, like a missile or rocket would. Normally used for anti-tank roles, the first effective system of this kind was developed during World War II by William Kroeger and Clarence Musser Recoilless rifles are capable of firing artillery-type shells at a range and velocity comparable to that of a normal light cannon, although they are typically used to fire larger shells at lower velocities and ranges. The near complete lack of recoil allows some versions to be shoulder-fired, but the majority are mounted on light tripods and are intended to be easily carried by a soldier. A few, such as the British 120mm L4 MoBAT and L6 Wombat could only practically be transported by jeep or truck, or mounted on an armoured personnel carrier. 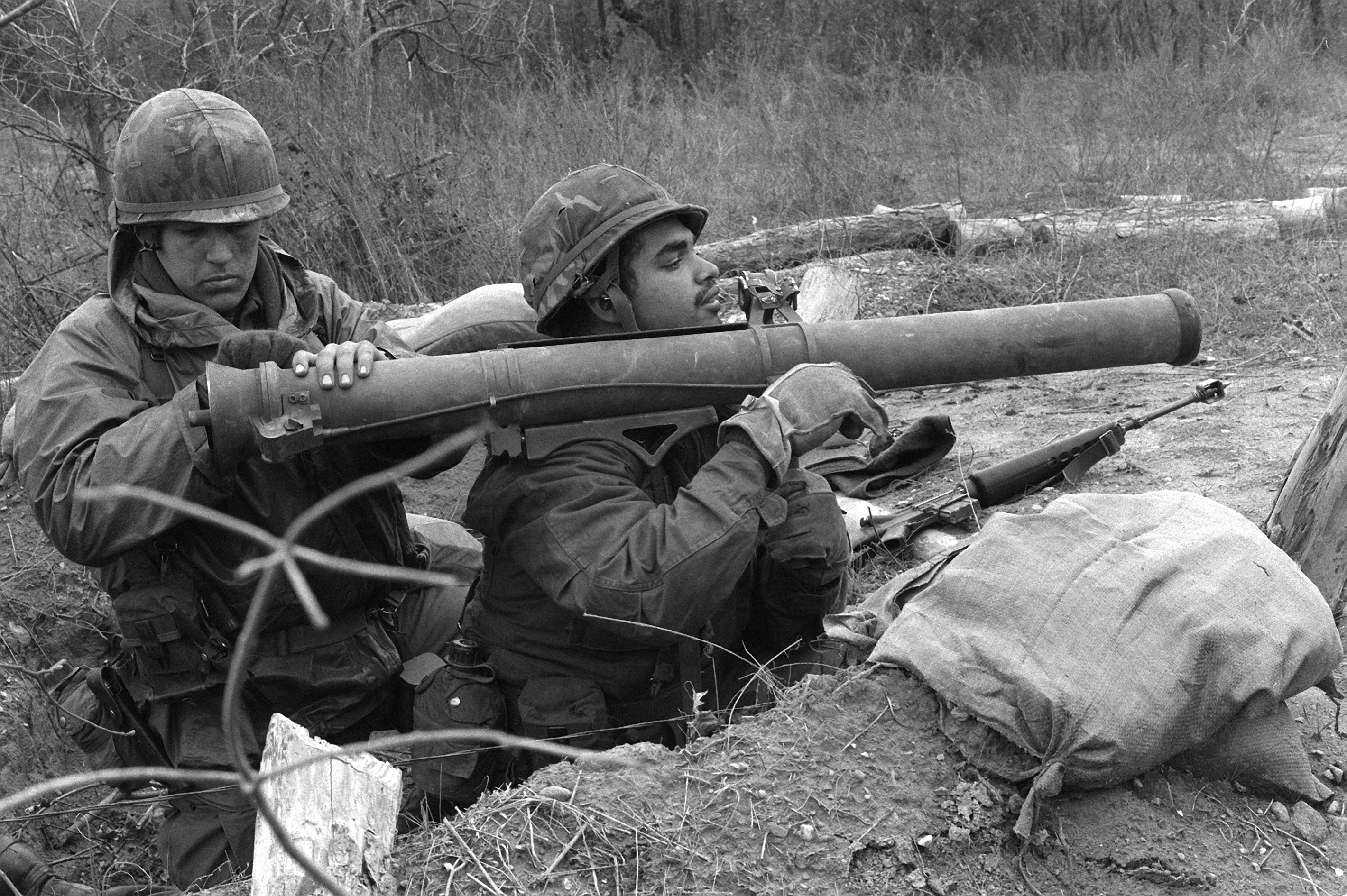 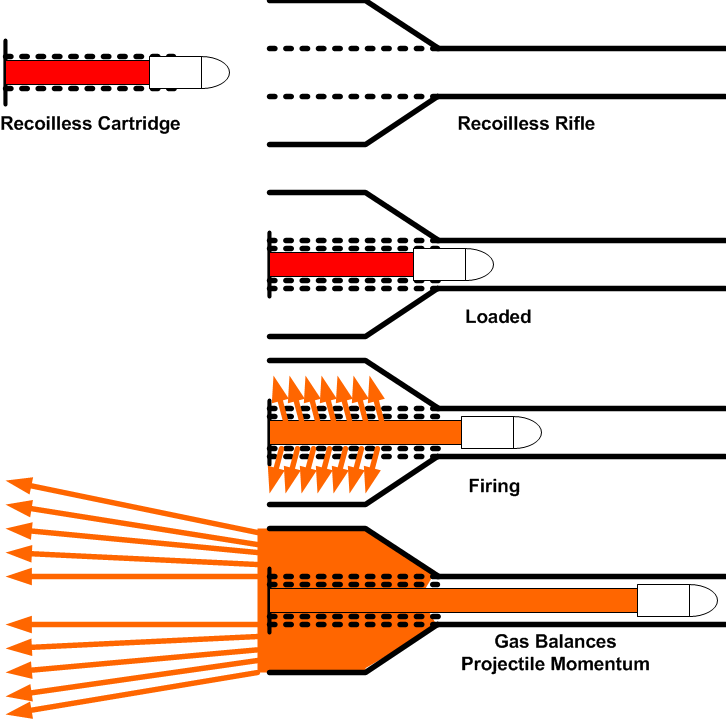 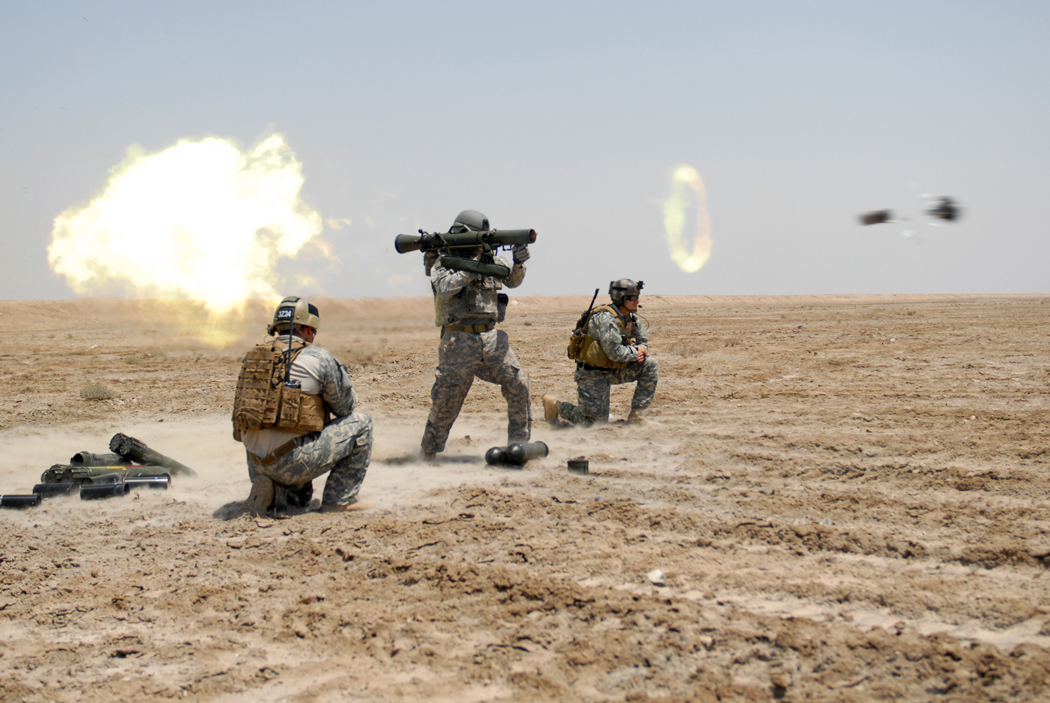 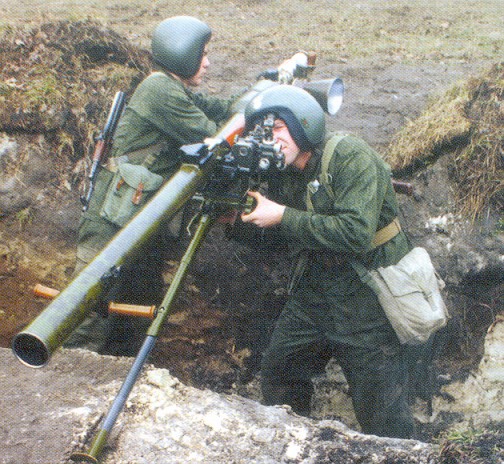 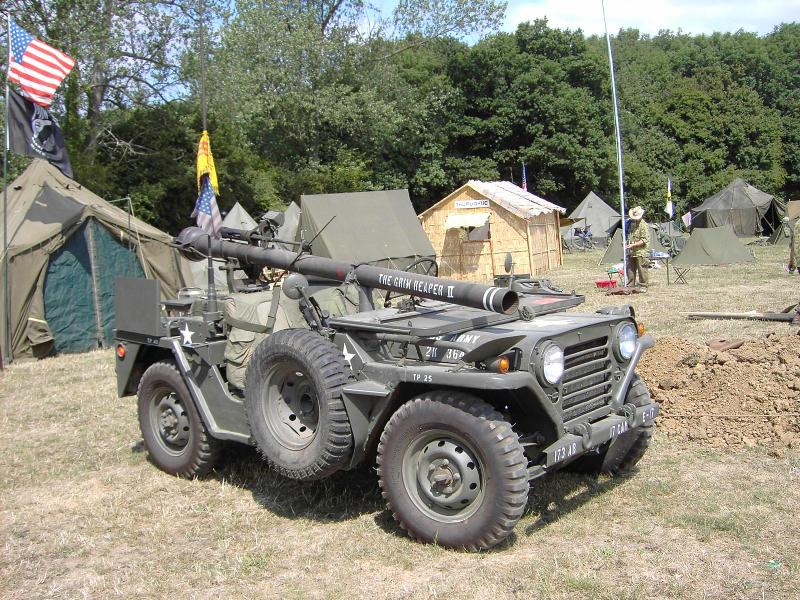 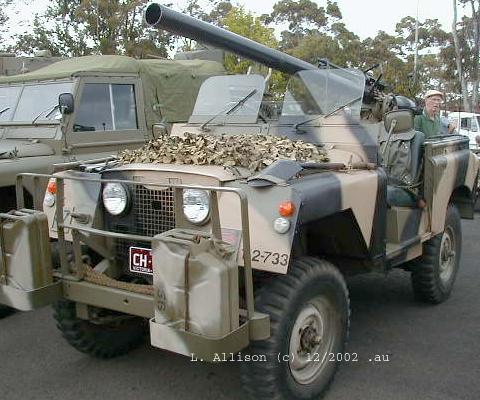 There is an apocryphal story of the Chinese firing a captured recoilless rifle (or maybe it was a bazooka) for the first time. The backblast injured a couple of observers, so they switched the weapon end for end for the second shot.

(Then they reversed engineered it )

Best thing about recoilless guns, Is that there are light and effective against at short range. Would be very useful for Para troops

All armies have moved on to Carl Gustav RECOILLESS rifles

One of my Fav, Bigger caliber Bigger warhead, Greater penetration.. 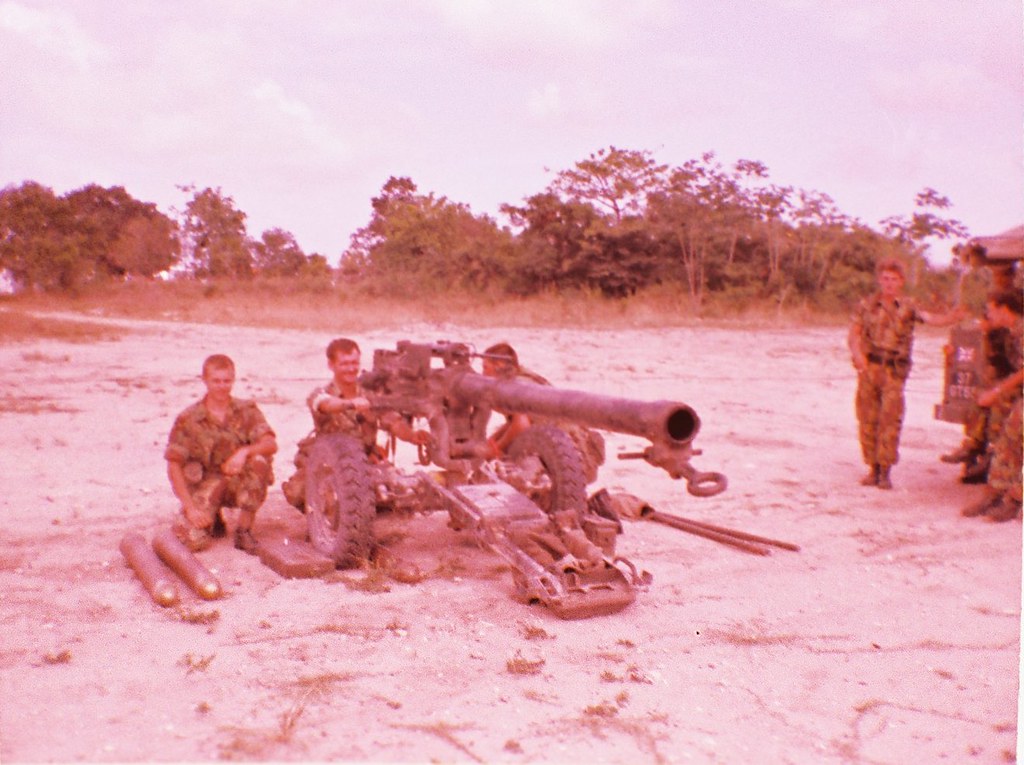 indian_sukhoi said:
Best thing about recoilless guns, Is that there are light and effective against at short range. Would be very useful for Para troops
Click to expand...

Excellent in Mountain warfare, These are light compare to regular arty and also effective in Indirect fire..

The L6 Wombat, (Weapon Of Magnesium, Battalion, Anti-Tank) was a 120 mm calibre recoilless anti-tank rifle used by the British Army. They were used until anti-tank guided missiles such as Vigilant and MILAN took their place.

The Army of the 1950s also needed lightweight anti-tank and bunker-busting firepower and placed 106mm RRs onto jeeps using exposed mounts, and this technique was also used to mount onto M113 Gavins to devastating effect in Vietnam. Why 106mm RRs couldn't have been fielded on the XM733 class of tracked AFVs to be helicopter air transportable fire support for the Air-Mobile troops in Vietnam also becomes a question. Now the criticism of the 106mm RR is always that "the gunner is exposed" loading and firing it. As if the TOW gunner on top of a Humvee truck is not who has to sit there and track the missile all the way to its target for a potential 20 seconds to a maximum range of 3, 750 meters? But did you know that the U.S. Army in 1954---that's right 1954--had a 3-round autoloader 106mm RR 1-man turret perfected that SOLVES THE GUNNER EXPOSED PROBLEM and then REJECTED IT? 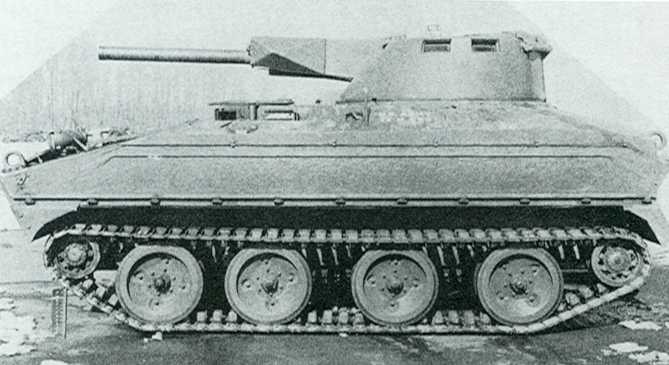 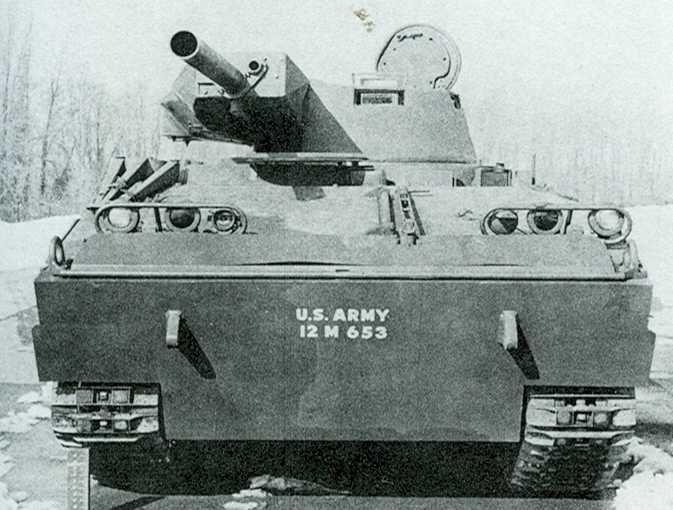 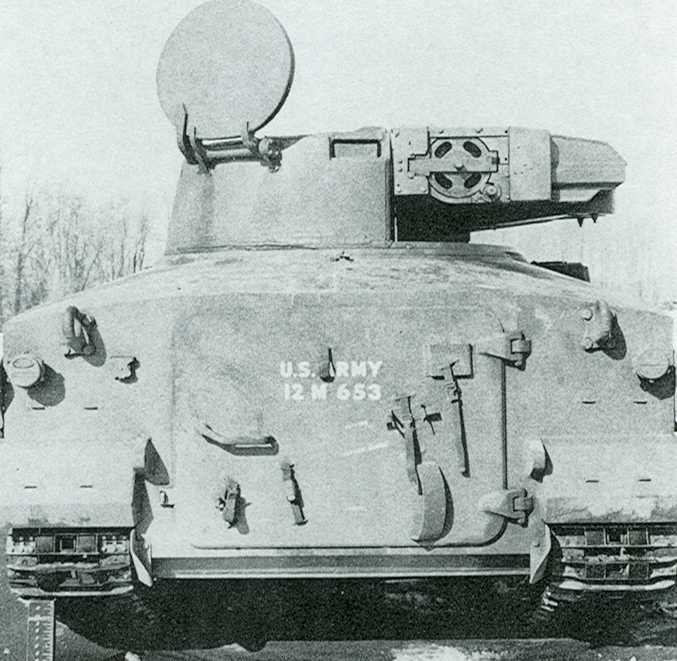 Return of the 90mm Recoilless Rifle to Combat by U.S. Army Light Infantry in Afghanistan 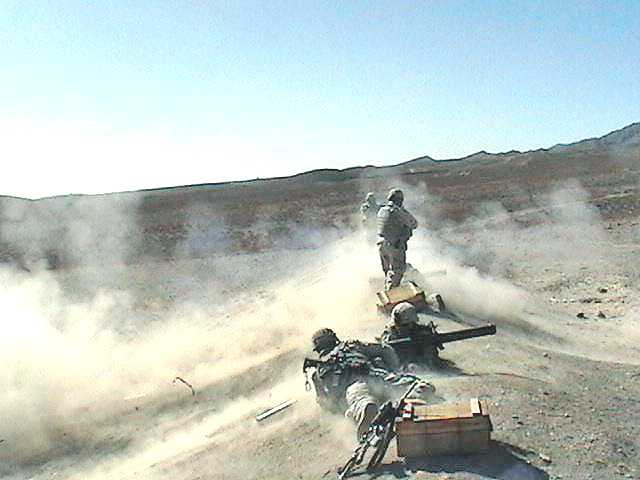 The M67 is a lightweight, portable, crew-served weapon designed primarily to be fired from the ground using the bipod or monopod, but it may be fired from the shoulder. It is an air-cooled, breech-loaded, single-shot rifle that fires fixed ammunition and it is equipped with a manually-operated breech and a percussion-type firing mechanism. As a reloadable weapon, it can be used with optics and lasers to fire at night.

The weapon is intended to be used primarily as a self-defense weapon, said Fouche.

The reason Carl Gustav is so popular coz it can fire

all these from one RCL gun..

US infantry units in A-stan gets the Carl-Gustav RCL


US army inf units in Afghanistan is being equipped with the Carl-Gustav recoilless rifle. It's notable that the weapon was fielded in the Swedish army in 1948. That's 63 years ago and the design is virtually unchanged. Only more modern materials is used to reduce the weight.

At last they have realised the need for portable RCL...
US army use M67 90mm Recoiless Rifles in Afghanistan, and even some M40 106mm have seen use.
Last edited by a moderator: May 10, 2015

About the DRDO made carl gutsav rifle, Did IA used it in Kargil War.

Thus is it fitted with any kind Infrared scope to it. Would be useful to locate visible enemy bunkers in the himalayas.
W

The weapon [M67] is intended to be used primarily as a self-defense weapon, said Fouche.
Click to expand...

I'll order a couple to have around the house.

indian_sukhoi said:
About the DRDO made carl gutsav rifle, Did IA used it in Kargil War. Thus is it fitted with any kind Infrared scope to it. Would be useful to locate visible enemy bunkers in the himalayas.
Click to expand...

Carl Gutav was used in mass coz its a cheaper alternative to Milan missiles..

The M20 recoilless rifle was a U.S. 75 mm caliber recoilless rifle used during the last months of the Second World War and extensively during the Korean War. It could be fired from an M1917A1 .30 caliber machine gun tripod, or from a vehicle mount, typically a Jeep. Its shaped charge warhead, also known as the HEAT, was capable of penetrating 100 mm of armor. Although the weapon proved ineffective against the T-34 tank during the Korean War, it was used primarily as a close infantry support weapon to engage all types of targets including infantry and lightly armored vehicles. The M20 proved useful against pillboxes and other types of field fortifications.

Kunal Biswas said:
Carl Gutav was used in mass coz its a cheaper alternative to Milan missiles..

Is the shell of the carl's gustav thrown away after use?
You must log in or register to reply here.
Similar threads
“We can destroy Israel in less than 12 minutes” says Pakistani commander
More or less new member
Lakshya 2 pilot less aircraft tested by DRDO
Turret Less tank
Share:
Facebook Twitter Reddit WhatsApp Link