LAHORE: The Punjab home department said on Saturday it had received intelligence reports warning that RAW could carry out attempts on the lives of Prime Minister Nawaz Sharif and Jamaatud Dawa (JuD) chief Hafiz Muhammad Saeed.

An official of the home department said on Saturday the warning was received two days ago that RAW (Research and Analysis Wing), India’s intelligence agency, had already tasked its agents to kill the prime minister and the JuD chief.

According to a letter issued by the home department, RAW has made plans to attack “high-value targets” in Pakistan to create chaos on a wide scale.

Consequently, Mr Sharif and Hafiz Saeed had been conveyed the warning.

The agencies concerned and the prime minister’s staff had been asked to ensure Mr Sharif’s security, especially during his public appearances.

RAW officials were planning to portray the (said) actions as retaliatory strikes by the banned extremist groups like Lashkar-i-Jhangvi and Tehreek-i-Taliban Pakistan to avenge recent counter-terrorist actions.

The letter said that RAW had also tasked its agents to gather all possible addresses of Hafiz Saeed in Punjab.

According to the letter, officials concerned had been directed to adopt precautions, besides exercising extra vigilance and taking heightened security measures at all tiers.

Police’s security wing said that the JuD chief had also been asked to ensure his security.

India has been after Hafiz Saeed since the 2008 Mumbai terrorist attack, which it alleged was orchestrated by him.

Special Assistant to Prime Minister Musadik Malik was quoted by Geo TV as terming it a conspiracy. He said `we know how to protect our prime minister’.


English{ mia saab if we kill you who will do our work}:biggrin2::biggrin2:

Ganja Sharif should be more concerned about the Pak Army Sharif rather than RAW.
It's not like Pak Army generals are apolitical and can't orchestrate military coup.

looks like ISI and pakistani army have decided to get rid of ganja. 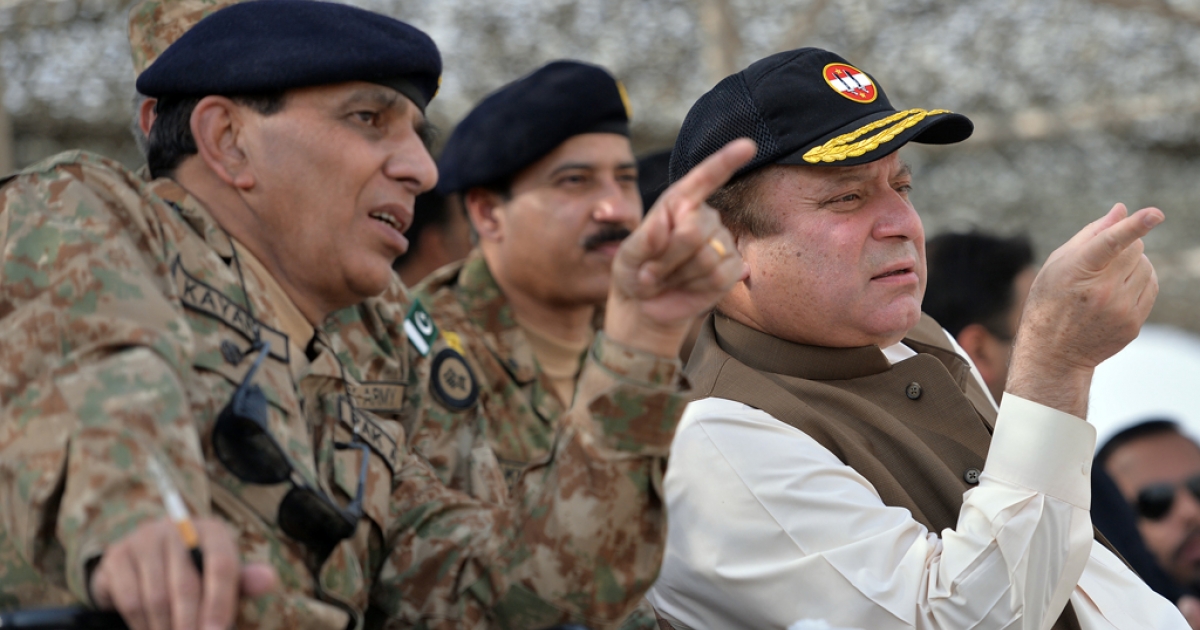 Its fake news, why would RAW do something like this, NS is doing such a great job for Pakistan.

I am more concerned about his wife (if he killed by RAW).She is kind of a sweet lady.Though i would like the idea of assassination of Hafiz Fakeed,RAW should eliminate him without caring any collateral damage around him,it would be a great service for humanity like the elimination of Mirza dilshad beg.

RAW has been doing great work since 2008,i wonder why he is still alive today.

Yet another conspiracy theory by Baki morons

If we wanted to kill Pak PM, we'd first lure him into a false sense of security by not missing a single opportunity for Modi-Sharif photo-ops and fan their gay bear love, Aman-ki-Tamasha, etc.

But that's not what we're doing. We're treating Sharif like a leper, which means it's ISI that's planning to kill him.

High time Hafeez is eliminated. Doval, are you listening. Take him out. Can be done. Not at all difficult.

Hopefully not a deja vu for Pak PM.

According to Pakistan's Geo News, who today claimed to have obtained the four-page statement recorded on October 1, Mr Siegel said General Musharraf was responsible for the murder of the former prime minister because she had informed him of death threats being faced.

Mr Siegel added that an intelligence agency of a Gulf country had traced a phone call in which plans to murder Benazir Bhutto were discussed. According to that phone call, three accomplishes of General Musharraf were part of that plan.

Mr Siegel in his statement further said he had learnt that mobile jammers provided for Ms Bhutto's security were not operational.
I

It can be a build up to blame RAW INDIA after Killing Sharif by ISI/Army.
Its happened in Past in case of Madam Bhutto.

So, Lets gear up and wait for them to Kill there own PM....

Are we playing truth and Dare with them???? This could be a dare to us as well?

tharikiran said:
High time Hafeez is eliminated. Doval, are you listening. Take him out. Can be done. Not at all difficult.
Click to expand...

Killing Hafeez now will become counter-productive for India. It will make him an martyr and give tremendous boost to his ideology resulting in a mass surge of ideological followers.
He probably is on the No Touch List maintained between Intelligence agencies (RAW-ISI).

Dark Sorrow said:
Killing Hafeez now will become counter-productive for India. It will make him an martyr and give tremendous boost to his ideology resulting in a mass surge of ideological followers.
He probably is on the No Touch List maintained between Intelligence agencies (RAW-ISI).
Click to expand...

Doesn't matter. If you want to send a message. This is the best.You can't perennially live in fear. Let the next guy come up. We will take him down too. It's a long battle. There is no going back now.What you are saying is akin to asking west not to take down Al-Baghdadi because that will make him a martyr and give boost to his ideology.Similarly, for Osama Bin Laden.
The message one would want to send is, we will hunt you down wherever the fcuk you are...and feed you to the dogs.
Words don't matter/ make difference. Action does. What's the point of having capability if we don't utilize it.

It's only when you start delivering on your words.. that our enemy will try to be wiser.
You cut us, we will cut you back at a time and place of our choosing.

Nawaz Sharif (pictured in 1998) expressed his solidarity with Bhutto's family and political workers.
Nawaz Sharif was the first mainstream political leader to reach the hospital and express his solidarity with Bhutto's family and political workers.[102] He vowed to "fight your [Bhutto's] war from now on" and calling the day of her assassination the "darkest, gloomiest day in the history of this country".[100][103] Despite extreme political enmity between the two leaders during the 1990s, both vowed to introduce politics of tolerance before returning from exile and had earlier signed the Charter of Democracy. After signing the charter, they said that they would work for an end to the rule of President Musharraf.[104] Earlier in the day, Nawaz Sharif's political meeting had also been shot at, resulting in the death of four people.[105] Later that day Sharif demanded that Musharraf "quit immediately" and said that the Pakistan Muslim League (N), his political party, would boycott the January elections.[106]

Chairman Imran Khan of the Tehreek-e-Insaf party strongly condemned the assassination of Benazir Bhutto. "It is a dastardly act designed to destabilise Pakistan with the government responsible for not providing her security though she was demanding it. We must fight this menace of terrorism. It is a black day in the history of Pakistan and an irreparable loss to this country," Khan said.[107]