I think this is a serious escalation ,few days before their undercover agents were found out by indian citizens & beaten up ,it was BSF who saved them ,BSF high command would be feeling the heat & so would MHA until & unless their isn't some action by us ,there would be demotivation in lower ranks , bangladeshi would try to de escalate as they have achieved,what they wanted but in coming days this bengali soldiers should get vidhwansak in their head

It's time to arrange some 'accidents' along the BD border. The timing and the move could be an attempt by Razkar agents in BGB ranks to divide Bangladesh - Indian ties.

BSF chief VK Johri later called up his Bangladesh counterpart Major General Shafeenul Islam over a hotline, apprising him of the incident, news agency PTI reported. Major General Islam has assured a probe into the incident.

Relations between the two border forces have been cordial for decades and efforts are on to ensure that the situation does not deteriorate, the agency added.
Click to expand...

Quote is from RandiTV. No link so no click Ad revenue.


Jalpaiguri (West Bengal), Jul 19 (ANI): India has been using non-lethal policy on India-Bangladesh frontier since 2011. Non-lethal policy means using of those weapons which are not deadly but serve the purpose effectively. Main motive of using non-lethal weapons is to save life while stopping cross border smuggling. Under the non-lethal strategy, BSF has 12 bore pump action gun and types of hand grenades like stun, chilli and dye. According to BSF, as many as 211 of its personnel were injured between 2015 and 2016. On July 11th, a BSF soldier lost his hand and suffered serious injuries in a bomb attack when Bangladeshi cattle smugglers along the India-Bangladesh border in West Bengal.

ladder said:
Not all Bangladeshi are pro-India. A lot of them are Jamati supporters. Local commander must have that jamati complex. As initial reports suggest it was a baiting incident.

As as sanctity of flag meeting has been abused, It has to be restored by force.
Click to expand...

Yes..pro-Jamati or we can say ex razakers are not willing to accept the Hegemony of a 'Hindu' India in their country. There is a recent trend in Bangladesh where they even starting questioning their national anthem as it is written by Tagore who is a hindu want to replace it with a muslim poet based song. The partition complex is there, being a bengali hindu I am glad my forefathers picked India or else we would seen as kuffars in so called secular islamic republic.

Coward bangladeshis should be punished for this.

Bangladesh will soon find out they made a big mistake. Widowing an Indian woman on Karva Chauth.

Tragically, deceased's wife Suneeta Devi, was observing a fast on account of Karva Chauth, to pray for her husband's well-being, when she received the news of Singh's sudden death.
Click to expand...

The Ultranationalist said:
Coward bangladeshis should be punished for this.
Click to expand...

We should have dealt with them by now .. What has preventing BSF from firing back at those bastards ?

Incorrigible these BD. Now floating the intrusion and self-defence theory.

The Ultranationalist said:
Coward bangladeshis should be punished for this.
Click to expand...

Kill atleast half a dozen pigs b4 opening talks. Let the world know this India is aggressive as fuck. It wont go down without a fight and a black eye to the opponent. #BKMKB

I'm still confused as to their motivations. What the fuck was their lil pet dog thinking?

And wtf is the GoI doing?

maniacguy said:
Kill atleast half a dozen pigs b4 opening talks. Let the world know this India is aggressive as fuck. It wont go down without a fight and a black eye to the opponent. #BKMKB
Click to expand...

Now, now, India ain't the one going down when gutting BD.

India isn't going to do shit other than moaning & whining... Just like they didn't last 4-5 times Bangladeshis did something like this.

The BSF on Friday said the Bangladeshi action of killing their trooper and injuring another along the border in West Bengal was unprovoked and that its troops did not fire "a single bullet" when a flag meeting took place between the two sides.

A senior official rejected the claim made by the Border Guard Bangladesh (BGB) that its patrol team "had to open fire in self-defence amid gunfire by BSF men".

"Our men have not fired a single bullet. It was an unprovoked action by the BGB that killed the BSF jawan and injured other," the official said.

The BSF official countered this, saying the force party of 6 troops had entered 400 meters into the international border across the Padma river in Murshidabad district as that is the "designated place for flag meeting."

The Border Security Force also defended its party leader or post commander of the local area wearing shorts during the flag meeting, saying it is a requirement of that special geographical area.

"Out of 6 BSF troops, one was in civil dress and post commander was wearing camouflage T-shirt and shorts below. Since, the area is muddy and riverine, most of the time men remain in shorts and sandals," the officer said.

A senior BSF officer in Delhi said the troops "did not try to forcibly take away the lone fisherman from the custody of BGB as they had gone for flag meeting inside Bangladesh territory on getting a call from the BGB."

It is not true that BGB could apprehend only one Indian fisherman and two managed to run away and went to BSF, he said.

The fact is that BGB apprehended all three fishermen and seized all their paraphernalia. After some time, they sent back two fishermen in the dingy belonging to Indian fishermen with the direction to call BSF post commander for flag meeting so that the Indian fisherman can be released, he said.

This has been stated by the two fishermen who were released by the BGB, he said.

The BSF officer added that when there was a telephonic talk between the commanding officers of the two sides, post the incident on Thursday, the counterpart "did not say that BSF men had either violated the IB or entered inside Bangladesh territory."

Security has been stepped up all along the 4,096 km long Indo-Bangla border guard by the BSF and the BGB, in the wake of the incident.

The border is mid-stream of the span of the river. Does the BGB expect that Flag meeting would be held midstream?

These BGB are lairs and a very undisciplined force. Like Pak Rangers and Assam Rifles, officers are seconded from Bangladeshi Army.

Vayuputra said:
It reminded me an incident during vajpaye government when BDR tortured and killed 17 BSF jawans. Bangladeshis are worst piece of shit. They hate us just because we are kafirs. Never trust these scums. Waiting for the repercussion only if we have a will.
Click to expand...

Don't think there will be any retaliation from BSF, more likely resolve through diplomatic channels

The fact that BSF has thrown BGB's story under the bus indicates that GoI has chosen the Tactical option. Else they would have come up with a vague account of events leading up to the shoot out so the diplomats can 69 their way to peace.

Expect an Indian tactical response in the coming days.

The BSF version supports the theory discussed in this thread:
1. That BSF entered Bangladesh upon a BGB invitation for flag-meet.
2. The BGB commanding officer wanted to do some gandmasti and detain the one BSF person who wasn't in proper uniform
3. Sensing a threat, the BSF party walked out of the meeting and turned to return to Indian border
4. With his "command" and pride on the line in front of his subordinates, the BGB C.O. asked the BSF party to stop, and the BSF party did not respond.
5. BGB ordered to fire warning shots. BSF perceived this as an attack, responded
6. BGB was now firing back, and two of its shots hit the target, killed one BSF personnel, injured another. Since the BSF party's priority was to return to India ASAP, they didn't focus on the exchange.

What India will do now:
1. Instruct all BSF posts to remain on tactical alert.
2. Plan a punitive cross-border strike anywhere along the border
3. A tactical team will enter Bangladesh and indiscriminately kill BGB personnel
4. BSF will inflict more casualties than what BGB managed
5. Diplomats will then kick in to de-escalate the situation through their 69s, but India will go into the diplomatic engagement from a position of power, not from a position of whining.

BGB has bitten off more than it can chew. Even the Pakistanis professionally observe the sanctity of flag meets. The onus is now on India to teach Bangladesh some manners.

What makes me think all this will happen?

Ans: The BSF reports to this guy: 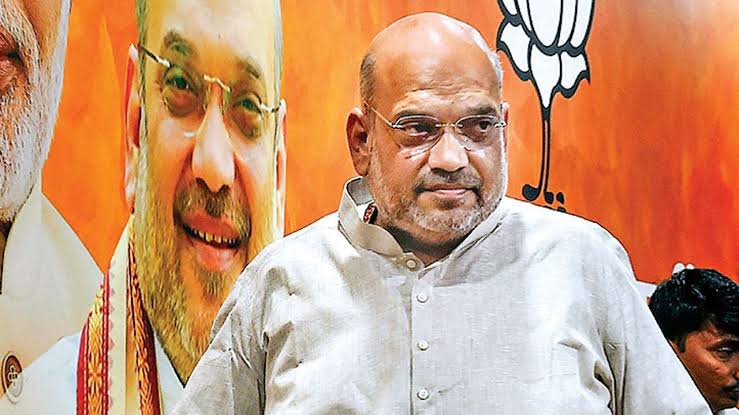 Not the first time, that a BSF personnel has been killed during flag meeting. If not responded in kind, this kind of incident will be repeated.

ladder said:
Not the first time, that a BSF personnel has been killed during flag meeting. If not responded in kind, this kind of incident will be repeated.

Amit Shah wasn't heading the BSF back then.

If we can bang Malaysia by keeping quiet, then these bastards across border are going to face the axe like Pakistanis. 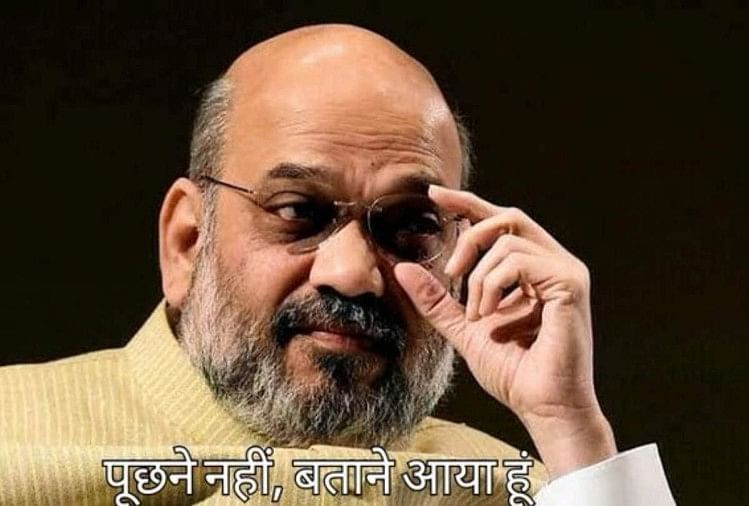 This is also a powerful indictment of our decision making in 1971. We didn't straighten out the borders w/ them, plus we let them keep that huge peninsula-type feature in the North that juts deep into our Chicken Neck. For what?

Absolutely idiotic. And remember, this is far from the first time this has happened; the monkeys have done this type of shit several times in the past, we really need to put them in their fucking place.

Forget BSF; send in Paras, and kill enough of these fucking snack sized, flea infested monkeys that a minimum 1:1 KD Ratio is achieved in all Indian-Bangladeshi engagements since their independence.
Last edited: Oct 18, 2019
You must log in or register to reply here.
Similar threads
Iran shoots down American drone
Mosque shooting in New Zealand
IAF MiG-21 shoots down Pakistani F-16
How Long Does It Take To Learn To Shoot Accurately At 1300 Meters?
Share:
Facebook Twitter Reddit WhatsApp Link