A chauhan said:
In Indian context it's the Muslims who have used the communists in the power game and ditched after getting a sustainable pace, it starts with "secularism" , "liberalism" and "freedom of expression" and ends in "Islamism" +/ "Dar-ul-Islam" and not in "Communism". Communists are being fooled here.

Agreed, Islamic and evangelist moles hiding behind commie mask are the real threat. Left ideology is very easy to infiltrate and the unfortunate of India is after independence, Congress opted left leaning ideology which has weaken the India. These religious goons have typically started their activities in the 80s when Pakistan started its proxy war and after the assassination of Rajiv Gandhi, it was very easy to lure whole Congress Cadre into Sonia mata's evangelical activities. From bureaucracy, politics, media to film industry, every institution is affected by these people. These commie mouthpieces are always related to one or another way to any Islamic or Christian person. RSS was not actively in politics because then PMs like Indira Gandhi have shown promises for India first only. Sanjay Gandhi was known Muslim hater and Rajiv Gandhi had very warm relationships with RSS at those times. Now, RSS has to step in to tackle this menace slowly but steadily. People has to believe that Hindutva is the only thing that can unit everyone and make India progress in right direction. As a matter of fact, RSS has to use its fringe divisions. We all must not lose faith.
Last edited: Aug 24, 2016

RSS is doing what it does best, i believe the focus of the RSS has been in the villages and the remote regions. The problem with the left and the liberals is that it is loosing the war in the ground level. Internet and Media can only get you so far. Increased number of RSS shakas with its programs focused on the remote villages and backward regions in India has greatly increased its influence and out reach. There is a reason why even Yogi Adityanath is hated by the liberals so much, precisely because He has a massive influence in UP. His constituency is pretty much the only place where there has been a reverse love Jihad taking place. Back in 2005 he led a movement to conversion of Christians to Hinduism. In one instance, 1,800 Christians were reportedly converted to Hinduism in the town of Etah(U.P). He has a large support in U.P. The Liberals Hate him. Making him the CM candidate in UP will without a doubt end up with BJP winning the elections.

BTW, its not that straightforward too. muslims too have been at the receiving end of the commies' practice of non-violence in states like AP, kerala, etc.
Click to expand...

Yup, apparently the theory was sourced from some sort of fancy political science book which I don't remember now. The guy was just reviewing it on Youtube said that in every country there is a tussle within the two main dissident groups, namely the commies and the jihadis. Following game theory, these two groups co-operate with each other as long as their common enemy is bigger than them but when these groups grow in size, eventually there is a final tussle between the jihadis and commies and the jihadi faction eventually manages to seize control over the commie faction. It even had examples from many countries where jihadism started off as a leftist rebellion against the caricature of an 'authoritarian state'.

The most recent examples would be those of the so called Arab Spring, which started out not as jihadi endeavors but as 'educated, leftist, intellectual civil society backlash' against an Islamist government. What happened after the leftist revolution? was there civilian rule? No, the jihadis eventually managed to take over and returned with a more barbarian form of Islamism than the one which was being practiced by their state government when it was in power. So, basically, the whole exercise of Arab spring was that leftist groups, in the name of idealism and civil society activism overthrew their own government to usher in ISIS *slow claps*.

Now that the common folk in these Arab Spring nations are suffering rape, genocide and destruction of industrial output, where are the intellectual, leftist leaders of the spring now? they encashed their checks, handed over the reigns to ISIS and fled, as planned and left their loyal flock to suffer the fruits of the springs they had invoked together.

This is what leftism is, it is like an HIV virus to society because it is omnipresent and ever pervasive. It weakens the immune system of the society and allows all other forms of diseases to take root once the body is weak enough. It spares no-one, neither Hindu societies, nor Muslim societies, nor Europeans, nor Russian nor Chinese, and wherever it has gone, it has only brought about genocide and destruction of industry and innovation and human lives on an industrial scale. As soon as the economy of a society starts weakening, the smart opportunists among them start organizing the dumb ones to do their bidding, in the name of civil society activism. These cunning, opportunist leaders find it conducive to achieve rapid social mobility, which they couldn't have achieved by playing by the competitive rules when the economy was doing fine.

Khjuliwal has been thrown up due to a similar situation, in the garb of a leftist, anti-corruption movement in the backdrop of the economic slowdown of 2008 recession. What happened when he came to power? 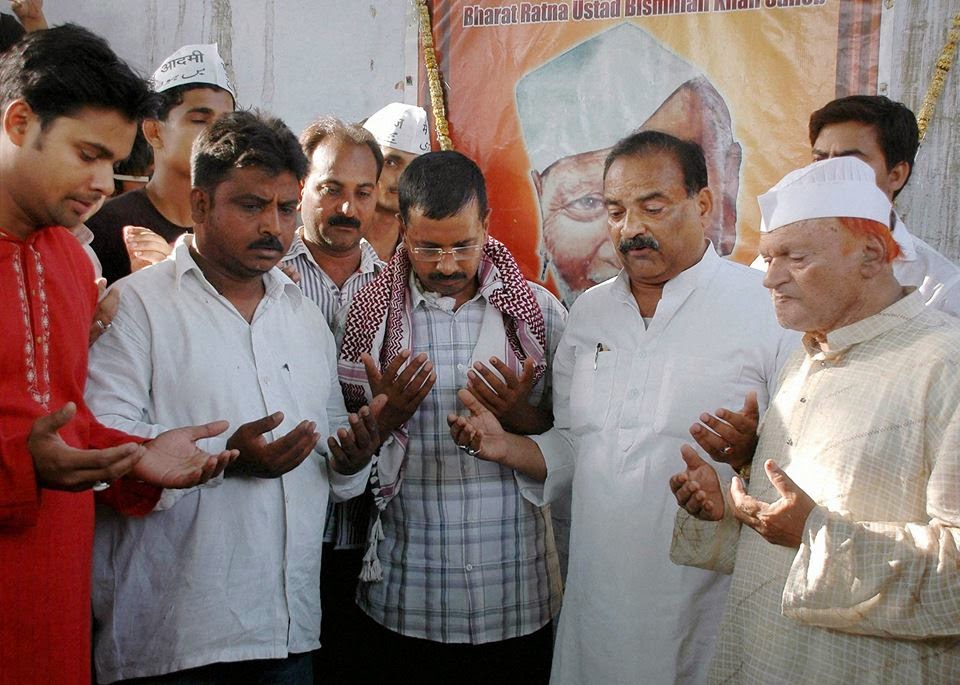 @OneGrimPilgrim I think this was the video :

Chinese Post?:biggrin2:
Please enter a message with at least 30 characters.

Navnit Kundu said:
@OneGrimPilgrim I think this was the video :

Do you agree with this theory that all big zionist jewish bankers are using these dumb muslims as scapegoat for their agenda?

FRYCRY said:
Do you agree with this theory that all big zionist jewish bankers are using these dumb muslims as scapegoat for their agenda?
Click to expand...

'Muslims as scapegoat' would be a misnomer since the Muslims clearly love killing and are intrinsically motivated so due credit must be given to them in this regard. No other group can steal the credit for Muslims wanting to satisfy their innate bloodlust. They aren't innocent bystanders being forced to do something against their will. If Muslims are quite happy taking arms shipments from western multinational weapons corporations knowing that they are owned by Jewish bankers, clearly, the banker cannot be blamed for it. At the end of every month, the Muslim factions wait at their designated drop zones waiting for the US to drop more arms and ammunition. All they need to do for the conflict to stop is for the Muslims to stop queuing up to acquire arms to kill their own people.

At the same time the west clearly is engineering these conflicts to suit their agenda but there is a limit to how much one can micromanage. The participants aren't hypnotized zombies, and after some point, if they put their hands down and refuse to do something no one can manipulate them. The fact that so many killings have progressed for so many years clearly indicated that they don't mind participating in them. It's not like Muslims don't know that other Muslims are also dying in the conflicts, but this killing is internalized and justified by each Muslim faction as the 'other Muslim' is a infidel to them and needs to die. No matter how much I facilitate it, you wont kill your family members unless you want to. I can buy you a knife out of my pocket money, but you can choose not to use it. The Muslims clearly are using it, and quite merrily so.
Last edited: Aug 24, 2016

BTW...The whole stone pelting is actually a 1400 year old ritual in Islam. They do this in Palestine, they do this i Kashmir or anywhere were there is a protest and they do this in Kabba "stoning of the Devil" they call it

Darth Malgus said:
BTW...The whole stone pelting is actually a 1400 year old ritual in Islam. They do this in Palestine, they do this i Kashmir or anywhere were there is a protest and they do this in Kabba "stoning of the Devil" they call it
Click to expand...

Yup, one must give due credit to the founders of this death cult because they accurately predicted 1400 years ago that their adherents would be busy pelting stones, while the rest of the world works with mobiles and laptops.

Navnit Kundu said:
Yup, one must give due credit to the founders of this death cult because they accurately predicted 1400 years ago that their adherents would be busy pelting stones, while the rest of the world works with mobiles and laptops.
Click to expand...

Seriously......what is the solution to this problem ? I hate to say this but, if you remember Gujarat before 2002. Muslims over there were increasingly harassing Hindus. The 2002 riots changed everything. 15 years hence and things have been largely peaceful.

Darth Malgus said:
Seriously......what is the solution to this problem ? I hate to say this but, if you remember Gujarat before 2002. Muslims over there were increasingly harassing Hindus. The 2002 riots changed everything. 15 years hence and things have been largely peaceful.
Click to expand...

I've spoken about it at length here :

Some very good discussion in this thread. The views closely echo what a few western websites have been saying on the links between Radical Islamists and Western Liberal/Feminists.

Q- Can one be a muslim and a communist at the same time?

Q- Can one be a muslim and a communist at the same time?

This one lil place called Kerala has communist supporting radical islamists.
Alarmingly...a lot of ISIS recruitments have been found happening from this lil place.

It was Vijayan who was largely instrumental in roping in Madani to campaign for the Left Democratic Front in the May 2009 Lok Sabha polls, much against the wishes of Chief Minister V.S.Achuthanandan, who refused to share the platform with the PDP chief.


http://www.newindianexpress.com/states/kerala/article82045.ece
--
Old news..but this GUY is now the CM of Kerala!!!
Nothing has changed...Support for Islamic Radicalism is very much LIVE in commie agenda!

As Terrorist strike and smuggling getting impossible, frustrated
@pbhushan1
has filed a PIL seeking ban on NETRA, NATGRID and CMS, surveillance systems used by R&AW, IB and State Intelligence. These systems are backbone of India's safety. Prashant wants to break it. But why?

AMCA said:
As Terrorist strike and smuggling getting impossible, frustrated
@pbhushan1
has filed a PIL seeking ban on NETRA, NATGRID and CMS, surveillance systems used by R&AW, IB and State Intelligence. These systems are backbone of India's safety. Prashant wants to break it. But why?