The comments, his first on this month's riots in Moscow, were delivered in the mainly Muslim region of Bashkortostan and underlined Kremlin concerns that ethnic or religious tensions could threaten the unity of the Russian state.

Monday's suicide bombing, blamed on a Muslim woman from the North Caucasus, killed six people on a bus in Volgograd and raised fears about attacks as Russia prepares for the 2014 Winter Olympics in Sochi.

"Some political forces use Islam, the radical currents within it ... to weaken our state and create conflicts on Russian soil that can be managed from abroad," Putin told Muslim clerics meeting in Ufa, Bashkortostan's capital, in southern Russia.

"Tensions between the West and the Islamic world are rising today, and someone is trying to gamble on that by pouring fuel on the fire," he added.

Putin did not say which foreign rivals could be fostering Islamist separatism. But he has often accused other countries, including the United States, of interfering in Russia's affairs and sought to deflect blame for problems onto other nations since securing a six-year third term as president last year.

The Moscow rioting began over suspicions that an ethnic Slav was stabbed to death by an Azeri national. Russian police later responded by rounding up hundreds of migrants.

Putin urged the clerics to help Muslim immigrants adapt to life in Russia to reduce the likelihood of such violence.

"They need to hear your voice," he said. "Otherwise they become the objects of propaganda by various fundamentalist groups."

The former KGB officer became president after directing a war against separatist Muslims in power in the Chechnya region of the North Caucasus in 1999 when he was prime minister.

But Russia is still struggling to contain an Islamist insurgency in the North Caucasus and the Kremlin is concerned violence could spread to other mainly Muslim regions of Russia.

A bomb was discovered and safely detonated by Russian security forces near a trade center on Tuesday in Khasavyurt in Dagestan, in the North Caucasus, law enforcement officials said, underlining the daily threat of violence in the region.

Russia's 20 million Muslims make up around 15 percent of the population of more than 140 million, and the percentage is expected to grow.

The threat of violence spreading is a particular concern for Putin because Russia hosts the Winter Olympics in February and the soccer World Cup finals in 2018.

He has staked his reputation on hosting a safe and successful Olympics in Sochi, on the Black Sea, but has said security there is improving too slowly. Volgograd, where the female suicide bomber struck, is due to be a World Cup venue.

Attacks by insurgents from the North Caucasus include a suicide bombing at a Moscow airport that killed 37 people in 2011 and subway bombings that killed 40 in 2010.

Putin deflected any responsibility for ethnic and religious strife, putting the blame partly on local authorities which turned "a deaf ear to the people".

The president also depicted Russia as a force for peace in the Middle East at what he said was a time of meddling by other countries.

The Kremlin takes pride in a diplomatic initiative brokered with Washington last month to eliminate Syrian chemical arsenals following attacks on civilians blamed by other countries, but not Moscow, on President Bashar al-Assad. 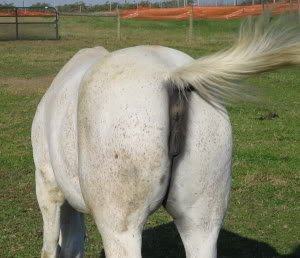