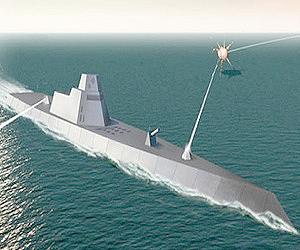 During the preliminary design review held March 9 to March 11 at a Boeing facility in Arlington, Va., the company presented its design to more than 30 U.S. government and National Laboratory representatives. This electric laser will operate by passing a beam of high-energy electrons through a series of powerful magnetic fields, generating an intense emission of laser light that can disable or destroy targets.

"The successful completion of this preliminary design review is an important milestone in developing a weapon system that will transform naval warfare."

In April 2009, Boeing was awarded an Office of Naval Research contract valued at up to $163 million - with an initial task order of $6.9 million - to begin developing FEL.

The Navy is expected to decide this summer whether to award additional task orders to Boeing to complete the FEL design and build and operate a laboratory demonstrator.

Boeing Missile Defense Systems' Directed Energy Systems unit in Albuquerque and the Boeing Research and Technology group in Seattle support the FEL program. The company has partnered with U.S. Department of Energy laboratories, academia and industry partners to design the laser.