N4tsula67 said:
This reminds of that conspiracy theory about Vimanas. Especially that tv show on History tv.
Click to expand...

I wouldn't call them conspiracy theories,vimanas indeed existed as per our scriptures.

SavageKing456 said:
I wouldn't call them conspiracy theories,vimanas indeed existed as per our scriptures.
Click to expand...

SavageKing456 said:
Free energy would be enough
Click to expand...

AI based sex robot would be enough for me.

Le foriegner found Vimana Aerodynamic while our own scientist don't even bothered to do test and said the vimanas are not Aerodynamic.

SavageKing456 said:
Free energy would be enough
Click to expand...

We already have free energy.


Deep state and hillary clinton dont want you to know the truth.


Deep state and hillary clinton dont want you to know the truth.
Click to expand...

Yes and at highest level too!


Deep state and hillary clinton dont want you to know the truth.
Click to expand...

I want my 5 minutes back.

To that Israeli ex-general : 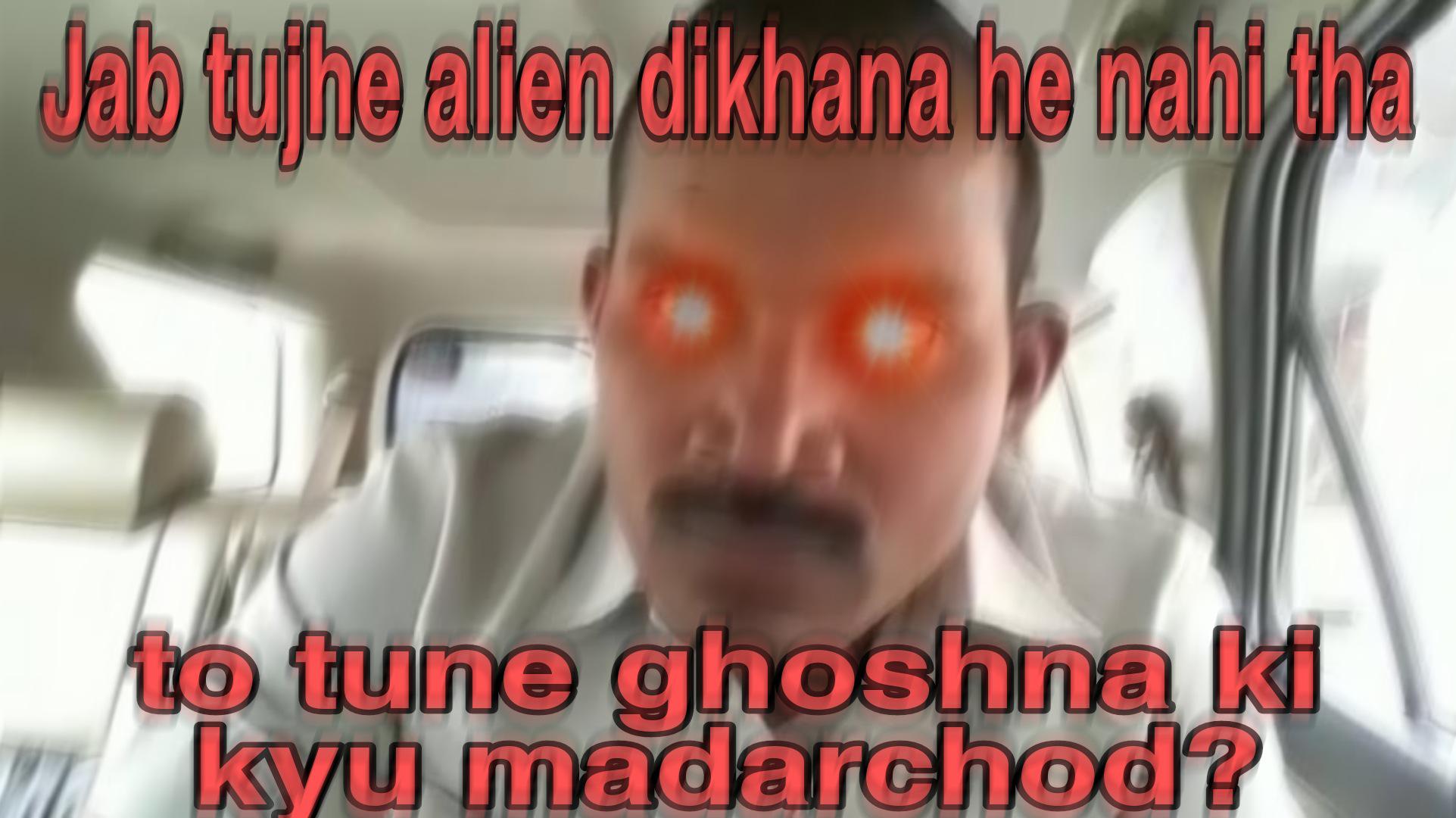 Are cats recording devices sent by aliens to secretly record us.

Are cats recording devices sent by aliens to secretly record us.
Click to expand...

There was one podcast specially for these conspiracy and alien theories. Cant recall the name now. Used to be present on Youtube. All things like lizard race, Atlantic and ancient alien's.
The format was similar to our Indian FM channels where same vouice artist use different voice to create illusion of different crowd calling the channel and also mimicking celebrity voice to infer that celebrities also comes to their channel.

Are cats recording devices sent by aliens to secretly record us.
Click to expand...

What is this yeti thing?
Once i remember we got to see official army's account tweet about a possible capture of footprints of yeti.

SavageKing456 said:
What is this yeti thing?
Once i remember we got to see official army's account tweet about a possible capture of footprints of yeti.
Click to expand...

"Physical evidence" when analyzed was found to be bear DNA

Others believe that these are hominids like gigantopithicus that are still not extinct.

So much for the abominable snowman. Study finds that ‘yeti’ DNA belongs to bears

This Israeli is kooky, I am not taking him seriously until he gives something solid in support.

However, if you guys have time, watch this interview with David Fravor about the Tic Tac UFO.
The UFO material starts at about 1 hr 10 minutes, and the interview goes for another 2+ hrs, but it is worth watching.

During my college days i was staying in a single room . One night my sleep broke and i saw door was open and slander humanoid figures were moving in and out of the room so fast like time had stopped for me . I tried screaming then one of them looked at me and then i remember nothing .. woke up late that day . I was going through depression and It it was totally gone some how . two english grammer book , my bike helmet , and a detergent packet ( Tide ) was missing .

I agree that there is intelligent life out there but I have no proof. There is a big possibility of getting into contact with them but of course, there are some changes that you have to take into account when we get to communicate with them. However, the only issue that we have with this is that we cannot really lock down on how they will react to people. We are an interesting species and they will surely have a curious reaction to use but this is tough to gauge because that is the great unknown that we will never get to understand in our lifetimes.

A huge chunk of documents were declassified by CIA recently due to efforts by an organization called as The Black Vault. The documents are available on their website and I think they are making videos about some documents on their YouTube channel. 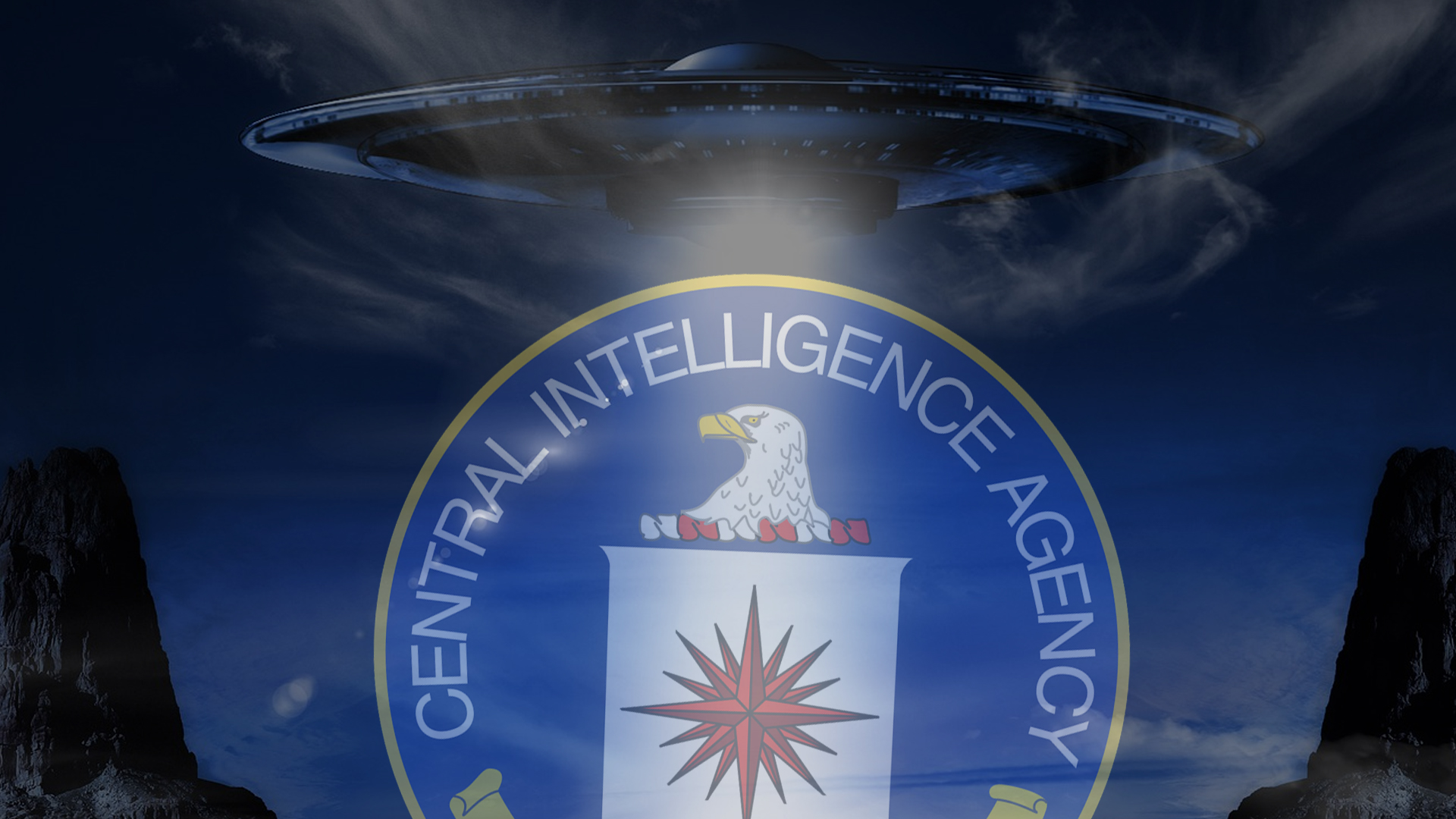 Background Below you will find a collection of CIA related UFO records. The Black Vault’s connection to the CIA in getting some of these UFO documents released goes back to 1996. Originally, the CIA would only release about 1,000 pages that had been previously disclosed after a FOIA court case... 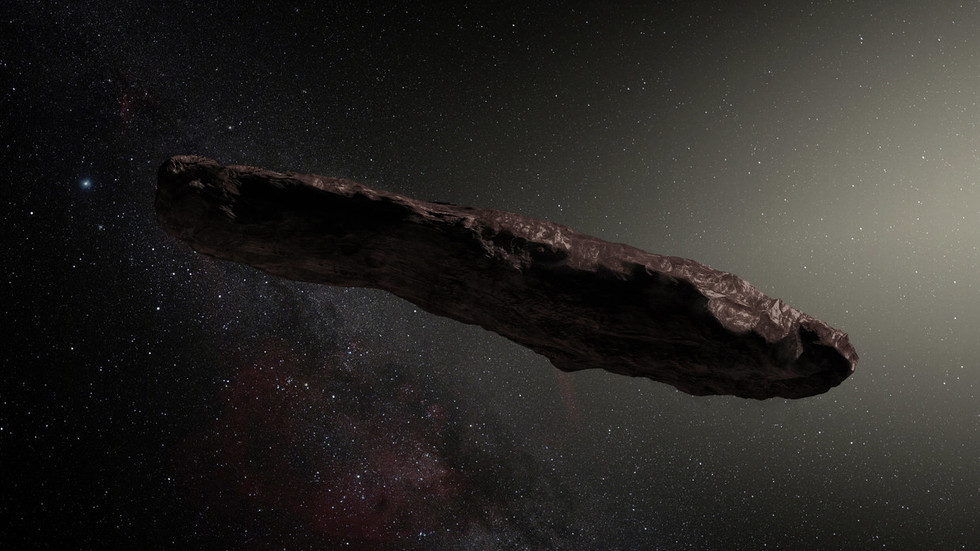 Astronomers may have detected the space craft of an alien civilization, claims a top scientist. But the public are being denied further tantalizing discoveries due to the narrow-minded thinking that pervades academia.

In October 2017, an unusually thin, elongated object was detected by astronomers. It was like nothing seen before and even accelerated as it left our solar system. It was named 'Oumuamua, and its many abnormalities, such as its constantly fluctuating brightness, caused problems for scientists. Indeed, because it did not fit the normal conventions of a space object, one academic admitted to Professor Avi Loeb that they “wished it had never existed”.

But the chair of Harvard University’s astronomy department was excited about the strangeness of 'Oumuamua, inspired by its anomalies and intrigued by the fact it was the first interstellar object that had been detected passing through our solar system. After studying the data, he announced “the high likelihood that 'Oumuamua was of artificial origin”
Click to expand...

The professor mentioned here is legit:- 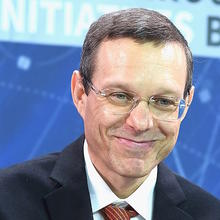