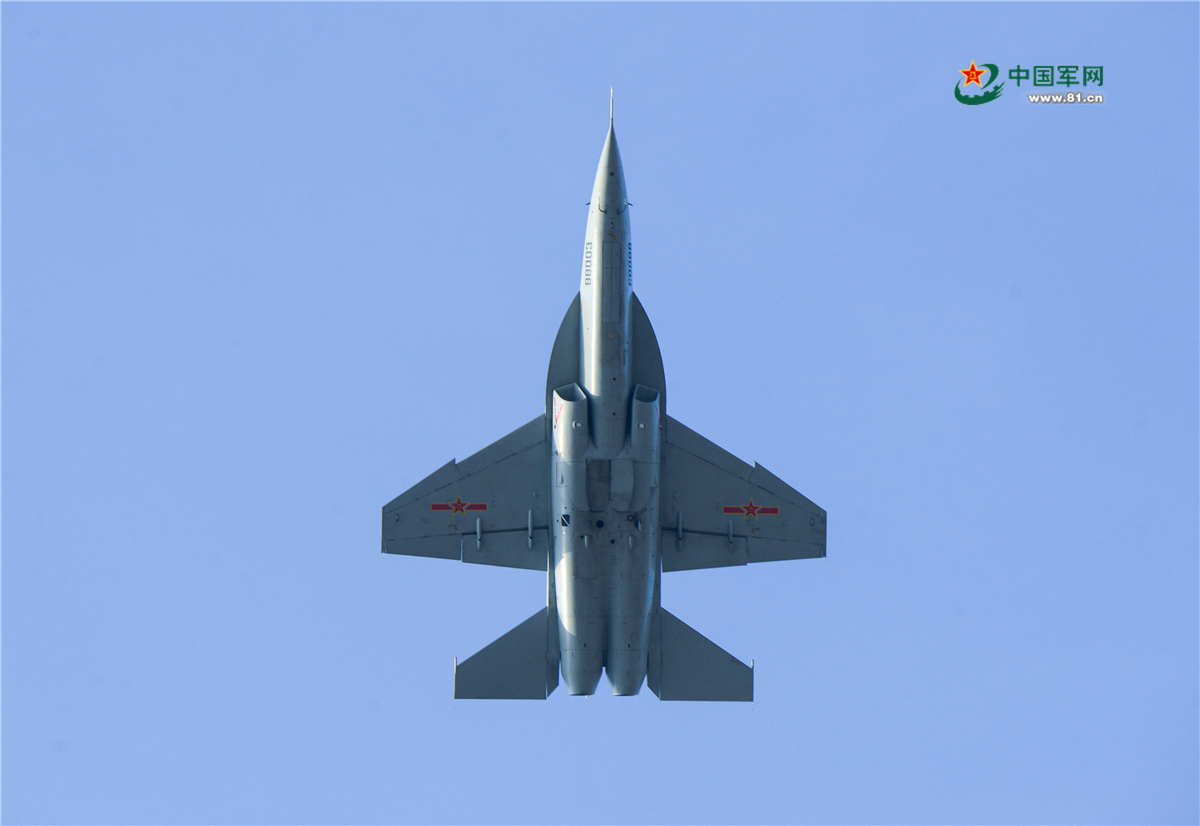 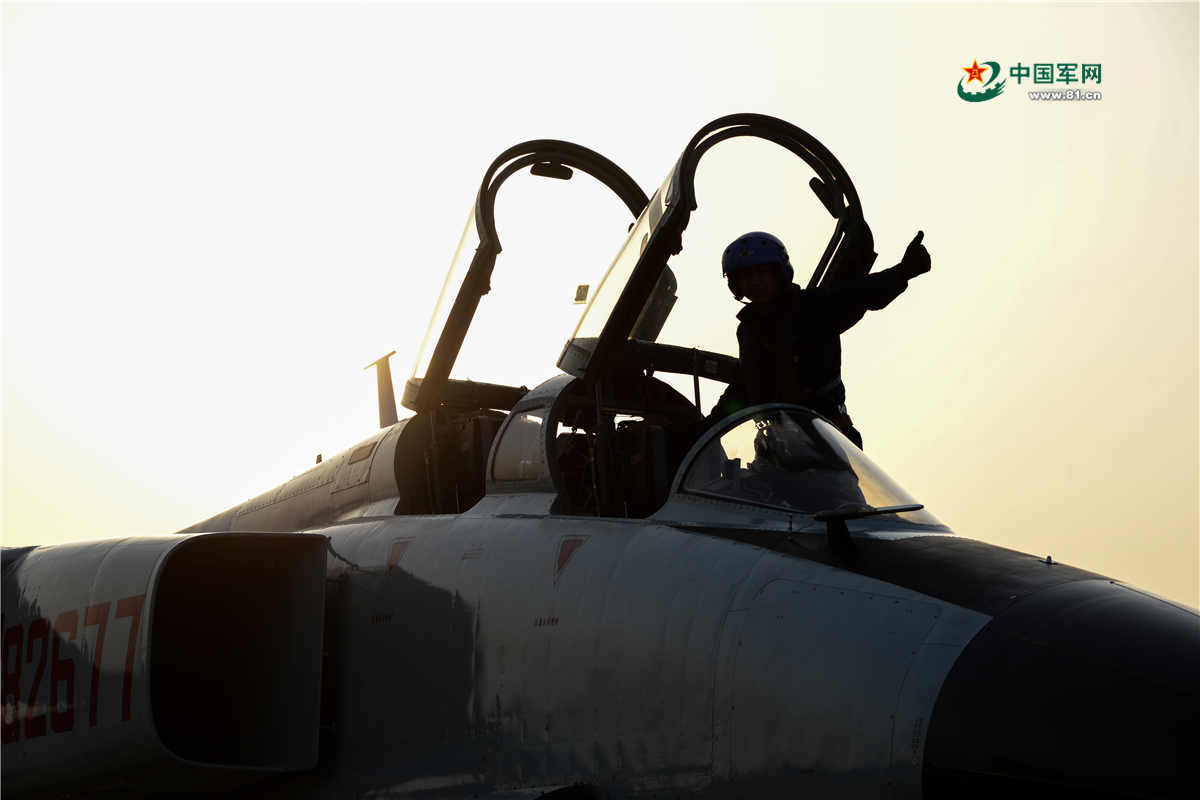 In early May, several JL-10s flew at night with JH-7A fighter bombers at the Naval Aviation University


While its biggest competitor JL-9 continues to spark in the domestic market both in China and internationally, including the acceleration of deliveries and the beginning of the assembly of a new version called FTC- 2000G, which is dedicated to export, another Chinese advanced training aircraft JL-10 has been talking about him lately.

In early August, under the watch of more than two hundred people, twelve JL-10 aircraft, in pale gray livery of the Chinese navy, entered active service in a regiment of the Naval Aviation University. (海军 航空 大学).

In the words of Vice Admiral WANG Jun Dong (王军东), the political commissar of this academy, which trains mainly aeronautical officers of Chinese naval forces, the introduction of the JL-10 represents a major milestone in the current transformation of the navy Chinese, by making it possible to supplement fleets of elementary, intermediate and advanced training airplanes, and thus improve the efficiency of the training chain for student pilots.

Although the JL-10s appear brand new on the images, and all carrying a red flower ball as is customary, but a portion of these dual-engine training planes actually had already integrated the unit in question since the last year.

Indeed, we learn in an article published in early May on the site of the Chinese army that several JL-10 carrying the same registered have already stolen at night alongside JH-7A bombers shoes assigned to the same regiment of the University naval aviation. The text indicates that a "new type of third-generation training aircraft" was delivered at the end of 2017 to this unit, and that the ground support staff started their training and the student pilots intensified their training in the field. simulator.

The ceremony at the beginning of the month should therefore simply be an event to celebrate the end of the delivery to this particular unit and the operational commissioning of the devices.

Apart from the Chinese Navy, the Chinese Air Force is also another major customer of the JL-10 program. While Hongdu Aviation Industry Corporation (HAIG) is designing an on-board version of the aircraft for the training of the aircraft carrier pilots , the Chinese manufacturer also seems to have delivered a version with radar, most likely with passive electronic scanning antenna (PESA), to Chinese air force test units.

The information was revealed very discreetly during the inauguration of a new airport located in the city of Nanchang, where the aircraft manufacturer HAIG is located. In the photos released by the Chinese media, one can see that a JL-10 in dark gray livery and with the cockade of the Chinese Air Force (PLAAF) took off from Qingyunpu airport (青云谱) to Nanchang then landed at Yaohu Airport (瑶 湖) less than five minutes later.

This JL-10, piloted by the Squadron Leader of the 4th PLAAF Test Squadron, differs from the other aircraft already delivered by the absence of the nose-nose pitot, like the AFT version sold to the export for the Zambian army, and the presence of a small radome.

And the first time such a radome has been seen is in 2015 when an L-15, the JL-10's export reference, is presented with a PESA antenna radar designed by the AVIC Institute 607. In August 2016, the Chinese spotters photographed a device registered 15 in Nanchang, and it is this same plane that was tested three months later by the pilots of the Fuerza Aérea Uruguaya (Uruguayan Air Force) .

It seems plausible that the first JL-10 with PESA radar and dedicated to the Chinese Air Force were already out of the chain and undergoing tests. 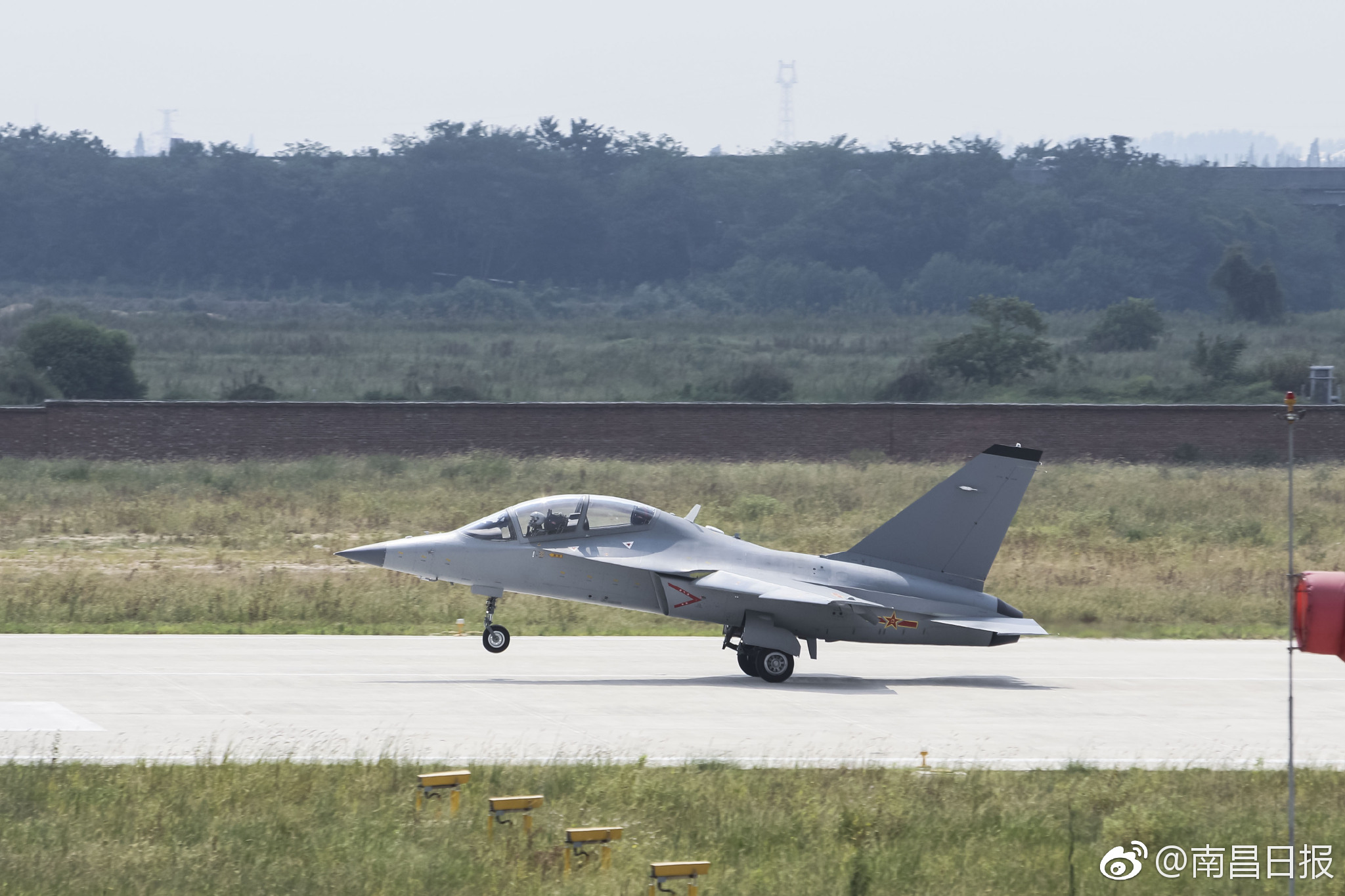 The JL-10 used in the inauguration of Yaohu Airport 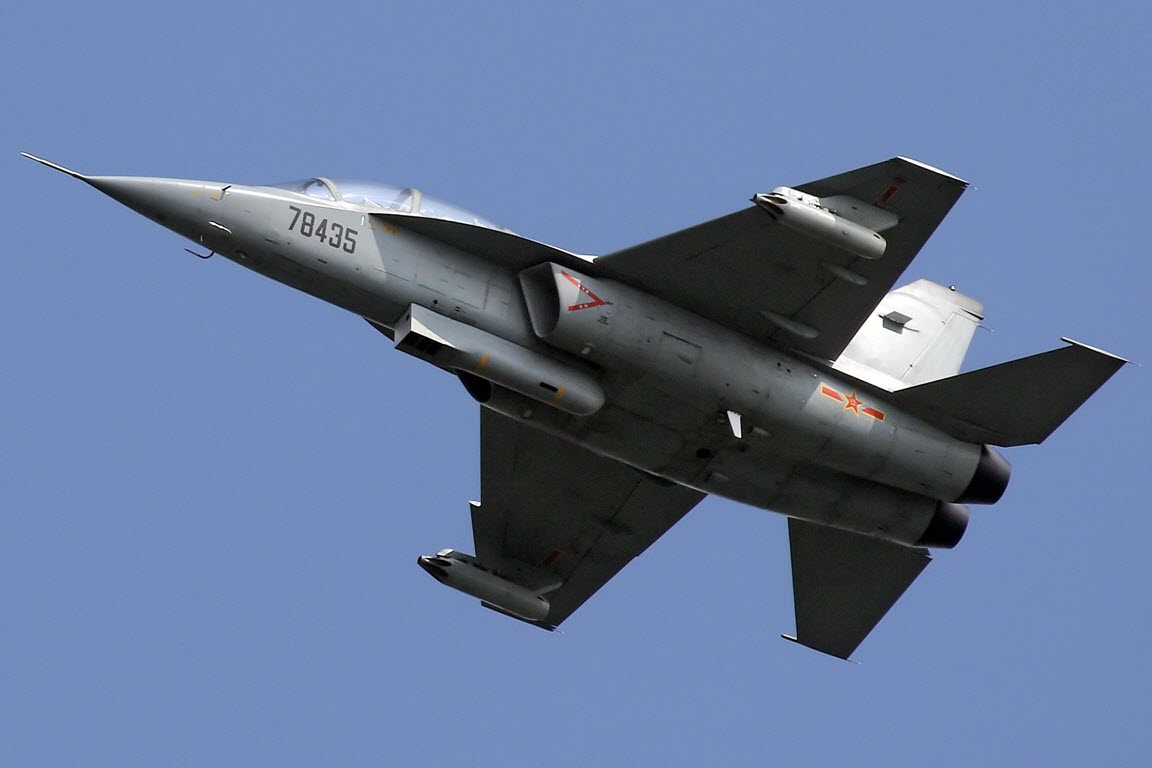 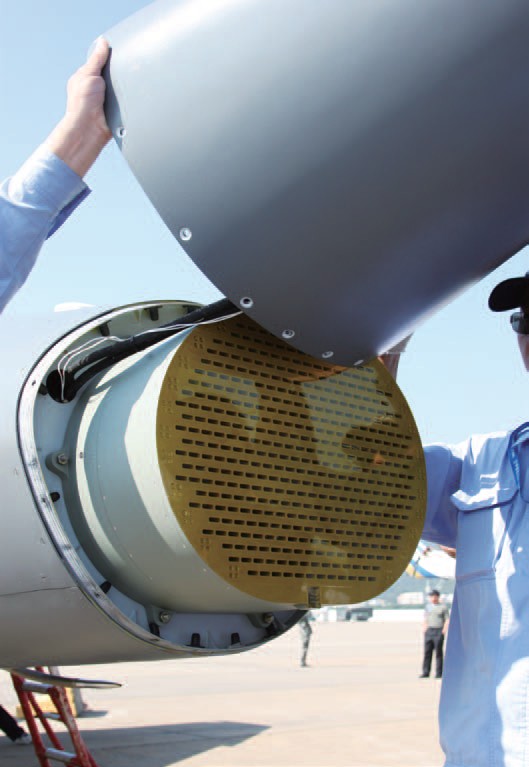 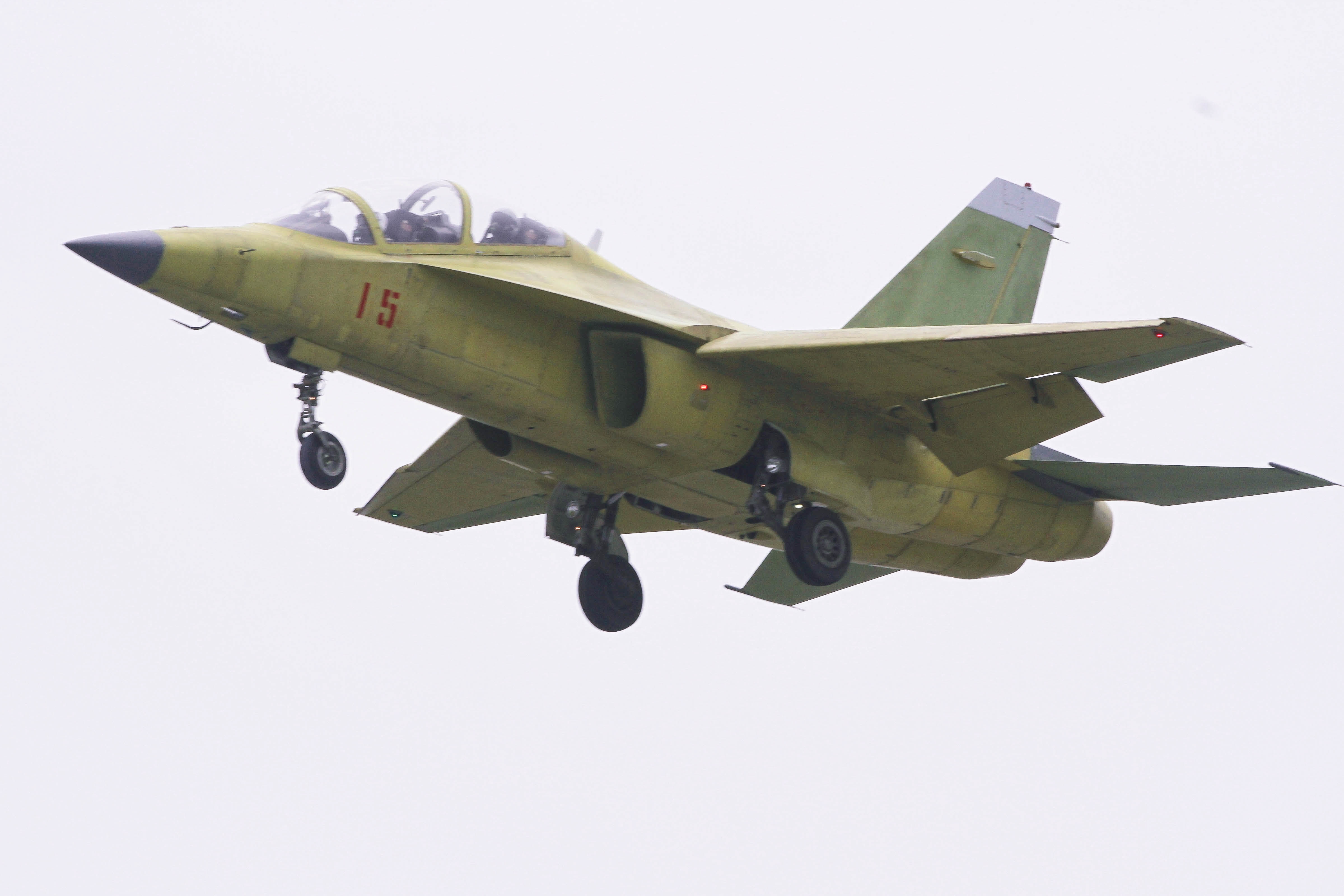 August 2016, an L-15 with radome was photographed in Nanchang. 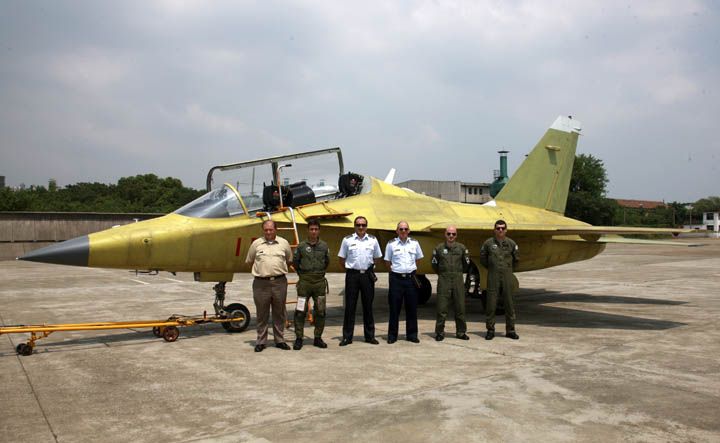 Zambian L-15s
To be continued.

Not JL10 related, but the PLAAF's Red Falcon air demonstration team performed with their JL8 trainers at the same event. High def pics including some from the cockpit during the display:

More from the JL10 display: