BEIJING: China on Monday dodged a direct response to reports of presence of PLA troops at a forward post in the Pakistan-occupied Kashmir (PoK) and said it "regretted" that the media keeps "popping up" stories of incursions into the Indian side of the LAC.

"I have not heard about the incident you mentioned," the Chinese foreign ministry spokesman Lu Kong said at a media briefing here, replying to a question about the presence of People's Liberation Army (PLA) troops at a forward post opposite Nowgam sector in the Pakistan-occupied Kashmir. 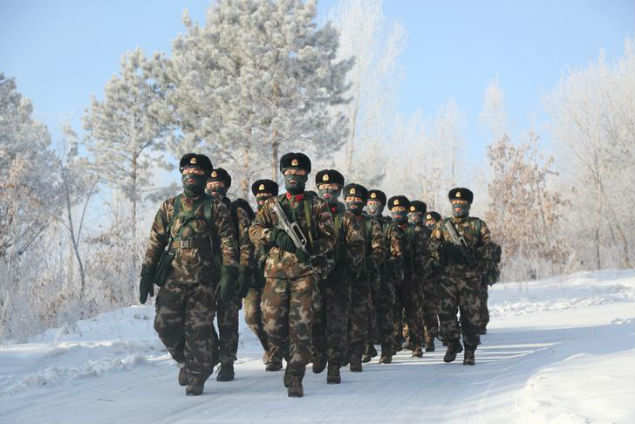 In response to another question on reports of recent incursions of PLA troops on the Indian side in the Ladakh sector, Kong said "there is no such thing as going beyond the border".

"We hope that the relevant media would report objectively about China-India relations and do more to improve the friendly relationship between the two sides," he said.

At the same time Lu reiterated Beijing's stand on the Kashmir issue, saying that "China's position on Kashmir issue is consistent".

"We believe that the relevant issue was left over by history between India and Pakistan. We maintain that the two countries should properly resolve it through negotiations and consultations," he
Asked whether presence of PLA troops is connected to the work related to the $46 billion China-Pakistan Economic Corridor, over which India has conveyed its protest, Lu merely reiterated China's stand on the Kashmir issue.

India has conveyed its protest to China on the corridor connecting China's Xinjiang province with Pakistan's Gwadar port as it goes through PoK along the Karakoram Highway.

How about land exchanging kashmir valley (brown border) by taking baltistan from pakistan in return? gilgit wont come, and jammu and ladakh will remain as it is. pic from wikipedia: 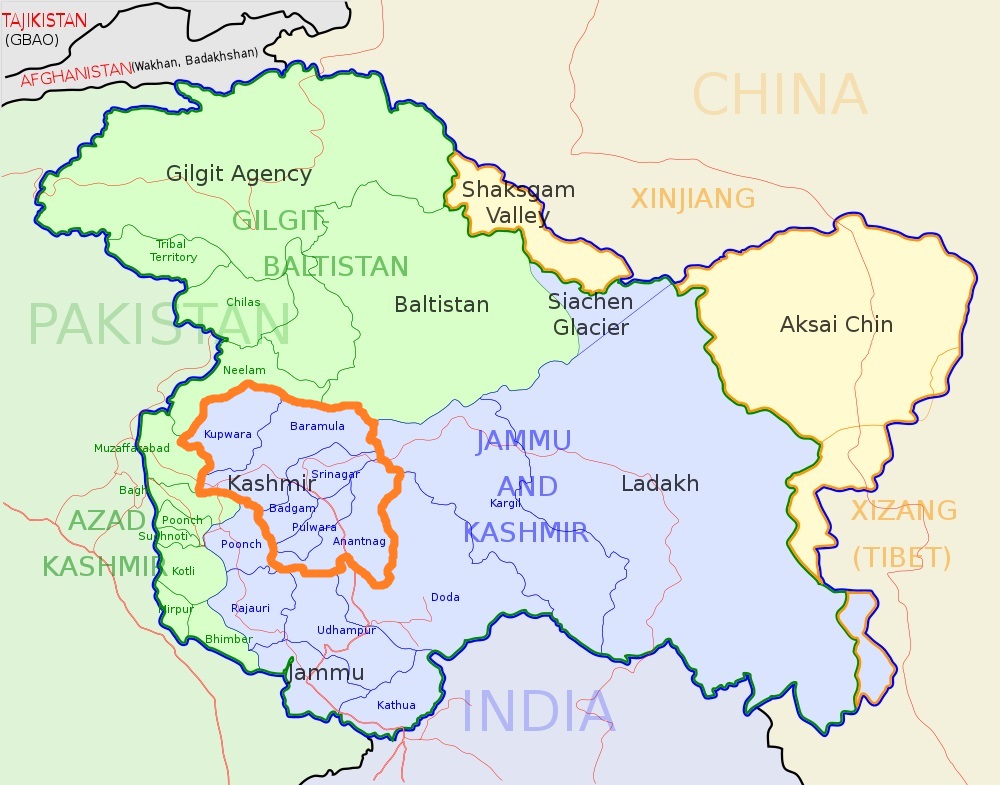