This is the crime that the Malaysian government has been committing when it launched an all-out attack to end the stand off in Lahud Datu in Sabah, claims an expert.

Llasos, who is running an independent campaign for Senate under Ang Kapatiran Party, was an understudy and protÃ©gÃ© of University of the Philippines College of Law Dean Merlin Magallona.

Llasos, also an expert on international law, issued the statement as he expressed disappointment with the way the Philippine government is handling the fluid situation in Lahud Datu.

"If Malaysian authorities are attacking a particular tribe or a particular group like the Tausug and they do it indiscriminately, affecting those who are not part of the alleged outlaws from the members of the Royal Army of the Sultanate of Sulu, that is an international crime," Llasos said

charge this charge that, you guys never know what's you guy really need to do.
country relationship is not same as people and people, wake up.

and as for the chinese
threat this, threat that. warn this, warn that! hahhaaha
Z

satish007 said:
charge this charge that, you guys never know what's you guy really need to do.
country relationship is not same as people and people, wake up.
Click to expand...

Do you have a brain? am just curious

Zero_Wing said:
Do you have a brain? am just curious
Click to expand... 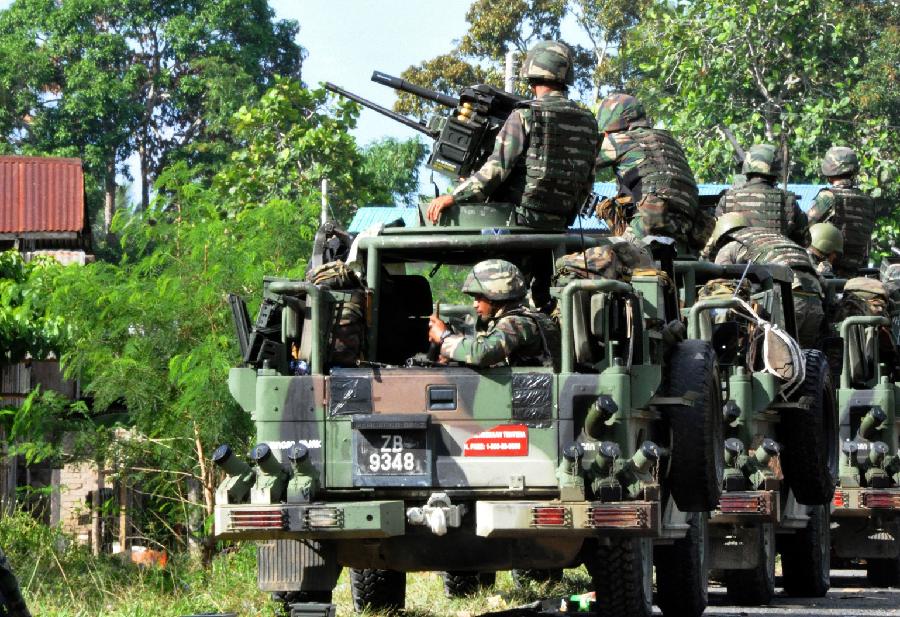 So whats YOUR point? troll?
W

It is not clear from the news story if Tausugs casualties were collateral damage.

"The cue came from no less than the president when he called those people (Tausug) as outlaws. So if they are outlaws, the Malaysian authorities will consider them as criminals and will shoot them on site," he explained.
Click to expand...

Malaysian security forces have detected the modus operandi of the remaining Sulu gunmen in Lahad Datu.

Armed Forces Chief Tan Sri Zulkifeli Zin said the gunmen would operate in groups of two or three to lure security forces into an area and start a gunfight.

They would then retreat into a house.

"(From there) One of them would run to another nearby house and set it on fire to distract our attention so that the others could attack from behind.

"After setting the house on fire, the gunman would escape by running to some bushes bush or swamp and attack from there," Zulkifeli told the Ops Daulat media briefing at Felda Sahabat 16 here on Sunday.

He said knowing the gunmen's tactic enabled the security forces to track them down with more caution.

In a gunfight early Sunday, four people, including two children, were shot dead as the gunmen opened fire at security forces from indside a house in Tanjung Batu.
Click to expand...

You must log in or register to reply here.
Similar threads
What Should India Do If China Invades Taiwan Tomorrow?
Can (and Should) India Use Salami Slicing Tactics To Take Back PoK and GB?
Should India Follow Japanese Model of Street Development?
Should india have a credible chemical weapons programne for tactical use
Share:
Facebook Twitter Reddit WhatsApp Link