Pegasus Spyware Scandal And Its Implication

Hi all. Posting after a very long time to share some valuable information.
Many assume it was RAW which was snooping. But I think it is IB which is behind Pegasus.
Here is a deputation recruitment notice for IB from 2019. Source - PDF
Look at job number 5 and 6. The desirable skills section is a dead giveaway. The code word is 'lawful communication interception'. 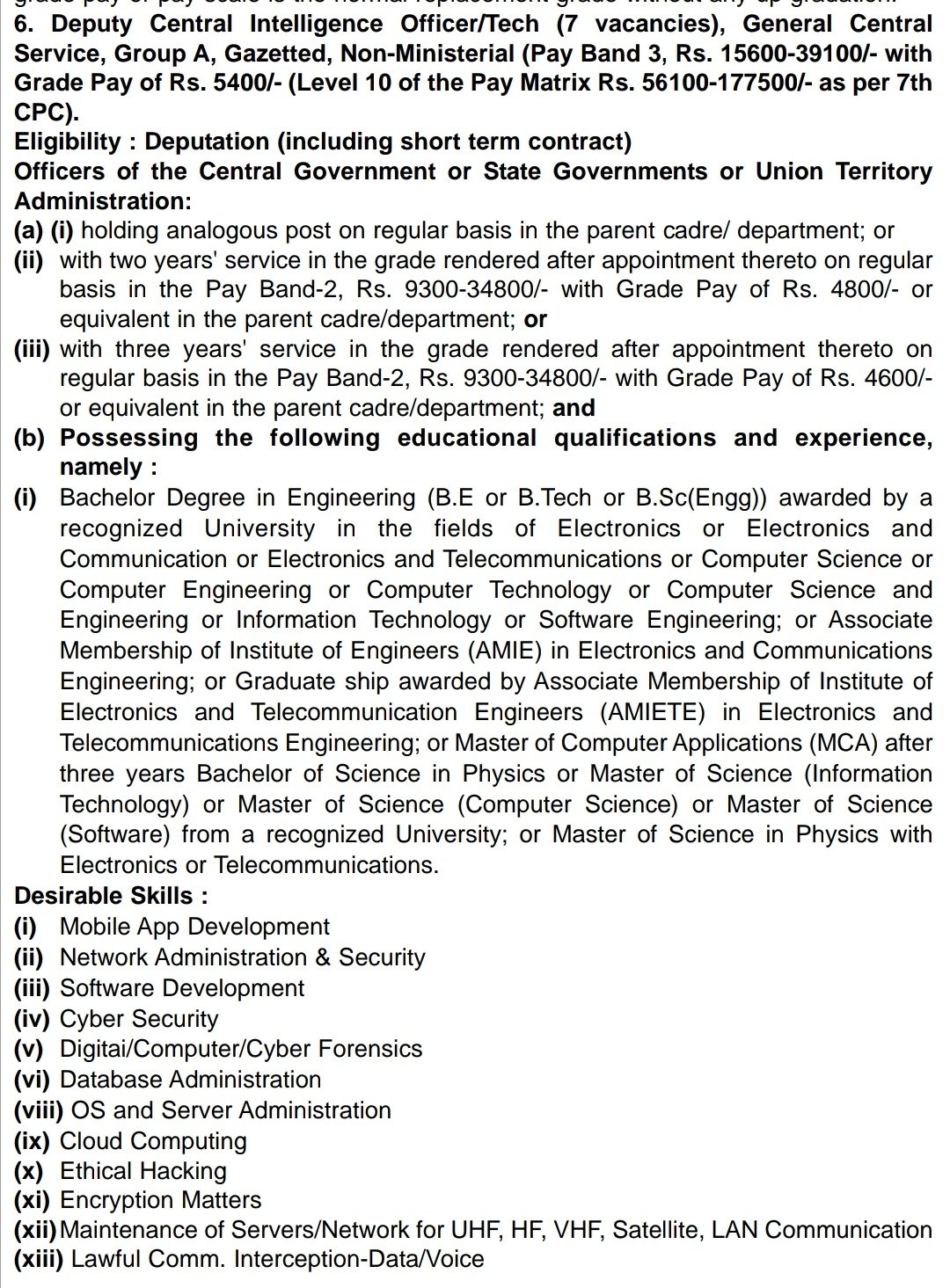 Note that DCIO is equivalent to ASP in police. Most of these vacancies are filled by personnel from CAPFs. These have training institutes for cyber skills. For eg BSF has signals training centre in Bangalore.
Also interesting to note that IB is recruiting economists( job no 3 and 11) for research.

How IB recruits?
IB recruits both directly and through deputation.
I know this as I had written ACIO exam many years ago but failed to clear it.

Counter intelligence:
As you are aware it is IB that is in-charge of counter intelligence within the country. The list of phone numbers reportedly contains nos of foreign diplomats posted in India. In reality they must be spies posted as diplomats. No doubt IB would be monitoring them to find out traitors. If you had followed news for the past few years you would know bunch of traitors have been arrested.

Ending IPS domination?:
As has been reported lot of times the deputation of IPS officers causes trouble within central agencies. Many committees have recommended ending IPS hegemony in central forces. But IPS lobby is strong and won't allow it to happen. But it looks like shortage of IPS has forced govt's hand. In this deputation notice I found on SSB website(Source) 40 posts of Asst Director is available for non ips. AD is equivalent to SP in police. So 40 is a big number. 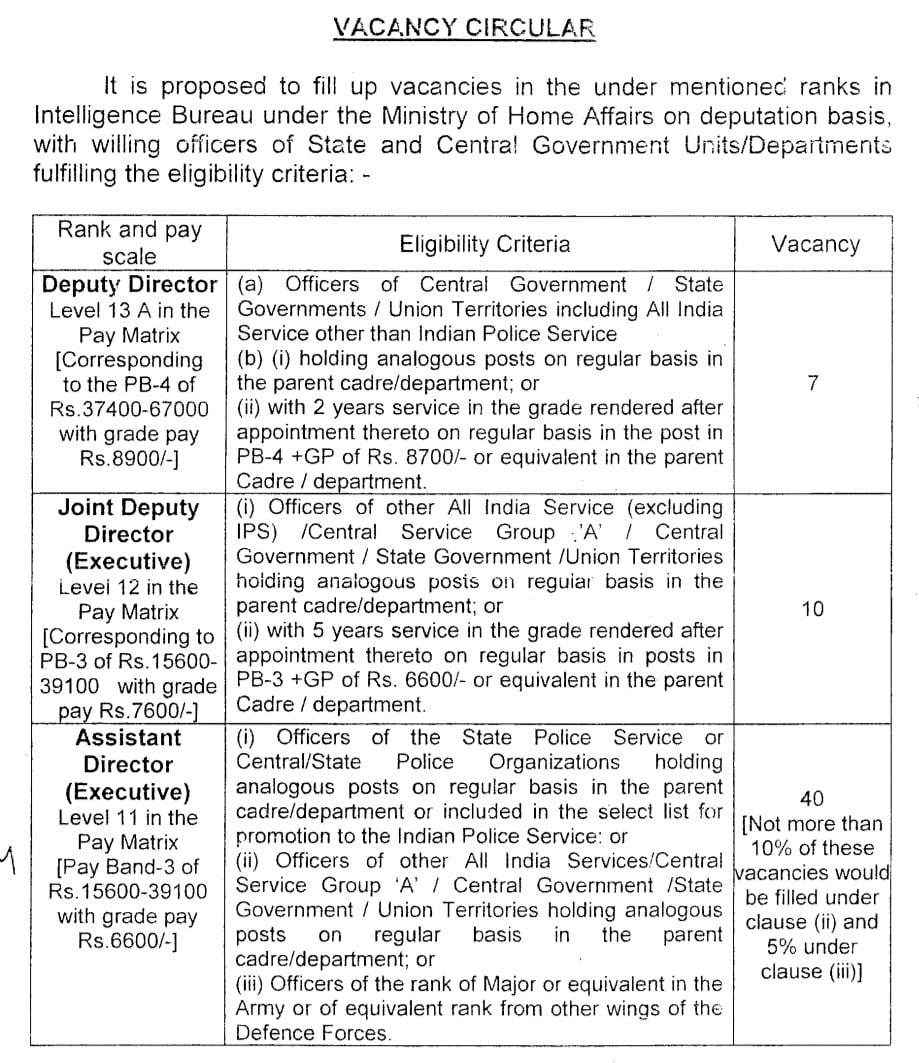 Reforms:
As you are aware that UPA era was the worst for intel agencies. I believe NDA govt has done a fairly good job in fixing deficiencies in IB. In 2013 govt informed parliament that sanctioned posts in IB was around 26k with 18k post filled and 8k vacancies. In 2021 govt informed parliament that now sanctioned posts is around 40k with less vacancy. So IB has roughly doubled in strength in 7 years. IB's growing capabilities means less pressure on RAW which can focus on its core job.

Conclusion:
Amnesty says the list is 'potential targets' for perspective clients. Lefties can whine all they want but all they have is a bunch of numbers on a excel sheet.

P.S:
I have not revealed any sensitive info. All the above are publicly available.
Last edited: Jul 25, 2021 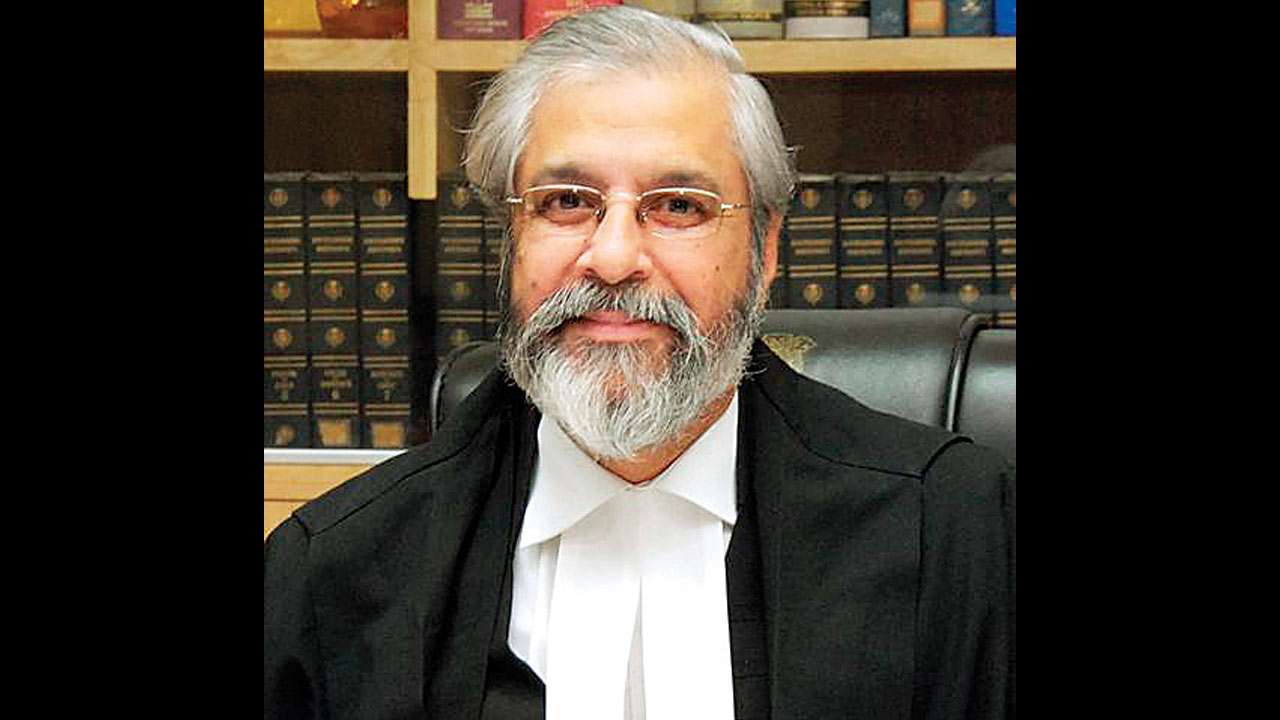 The West Bengal commission to investigate Pegasus is to be headed by former judge of the Supreme Court Madan Lokur. - OpIndia News

Justice Madan Lokur is a senior member of an NGO funded by the US State Department. He is an Executive Committee member of the Commonwealth Human Rights Initiative (CHRI). 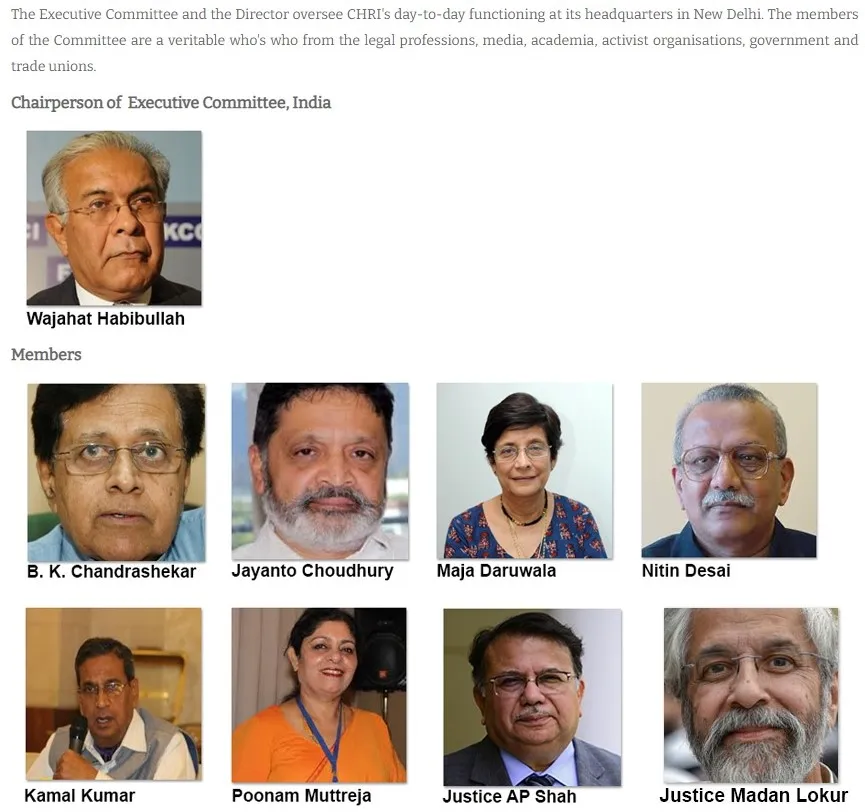 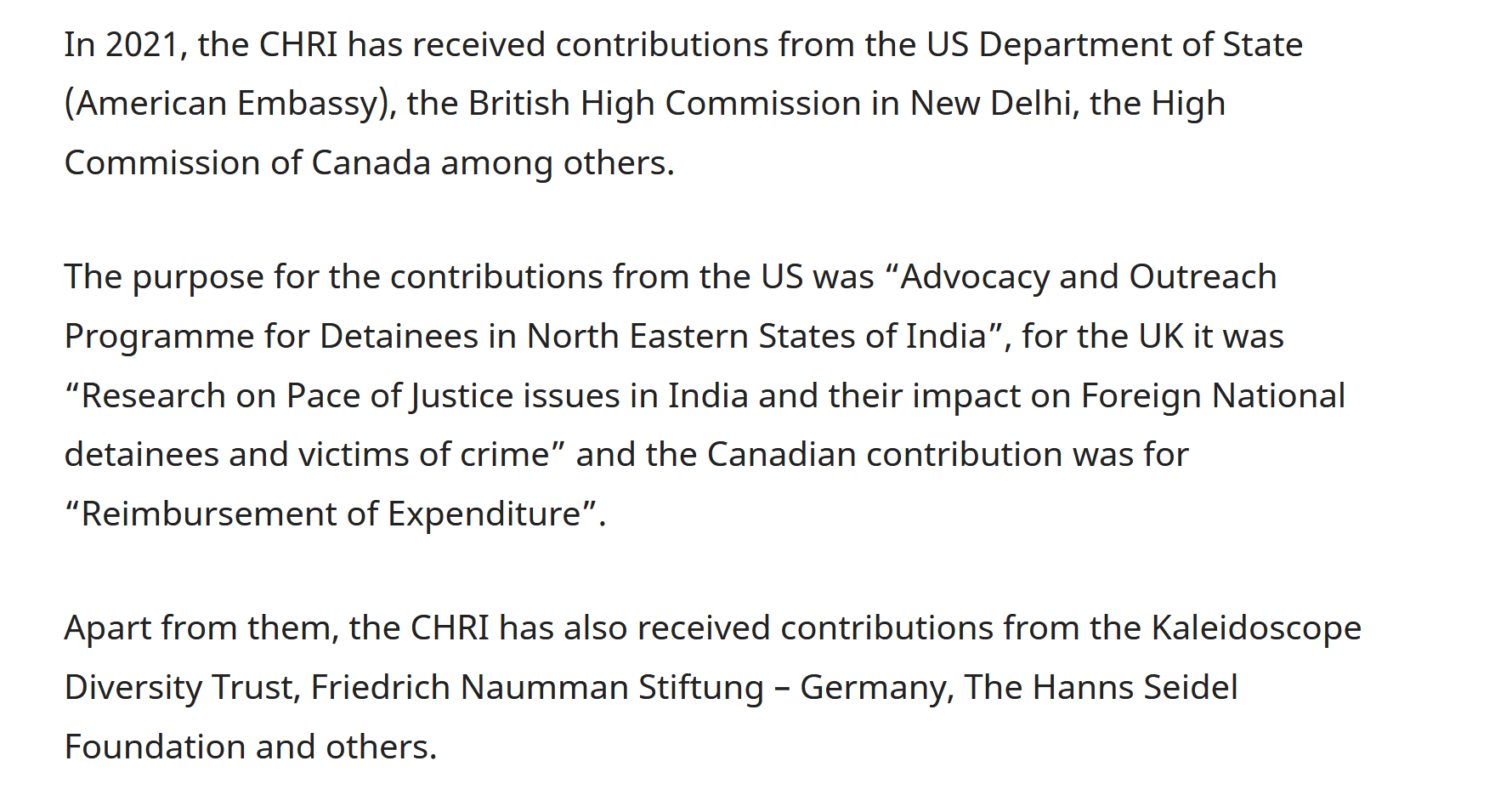 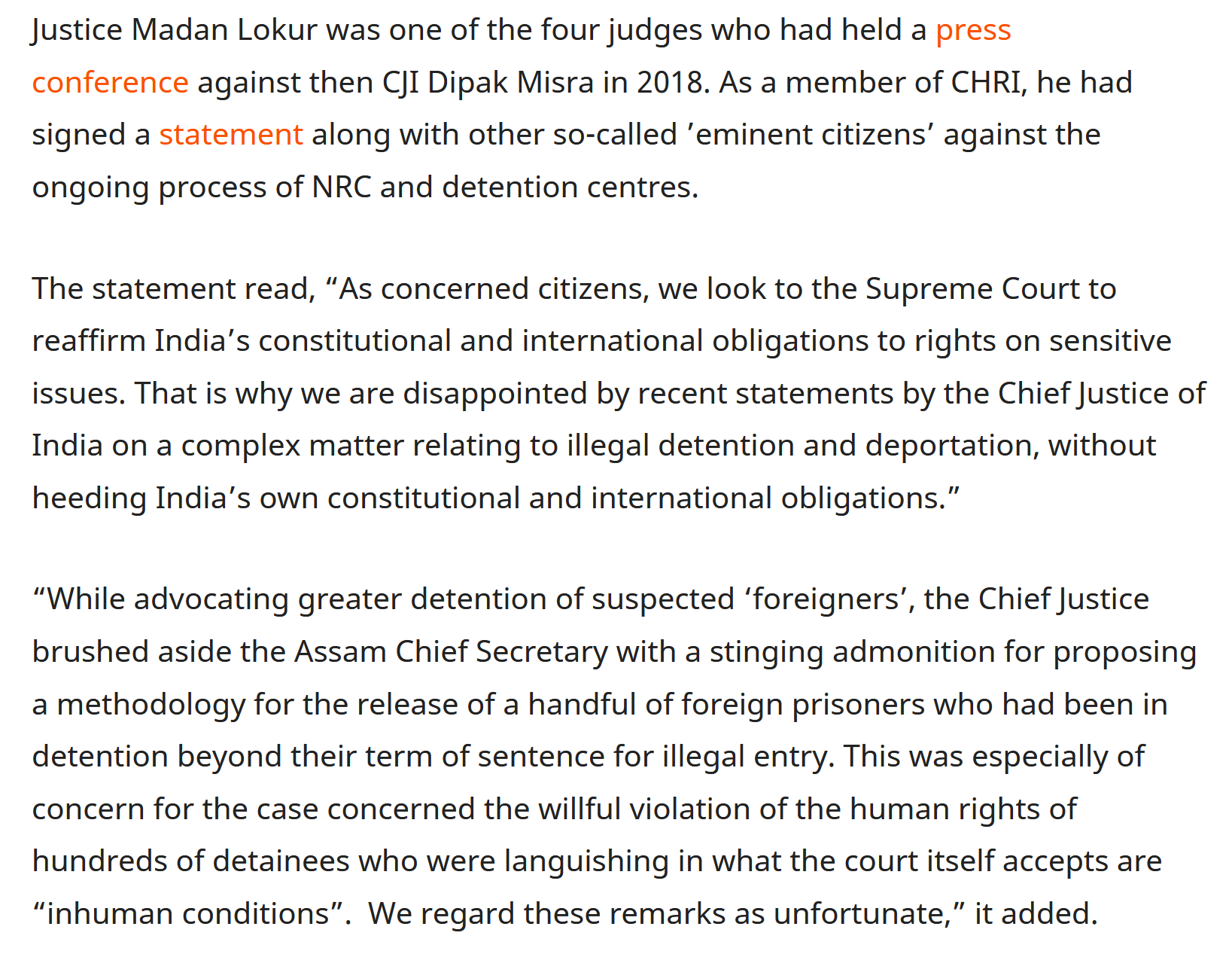 I guess the WB government has not updated itself on the recent developments of Amnesty distancing itself from the media reports.

The West Bengal commission to investigate Pegasus is to be headed by former judge of the Supreme Court Madan Lokur. - OpIndia News

Justice Madan Lokur is a senior member of an NGO funded by the US State Department. He is an Executive Committee member of the Commonwealth Human Rights Initiative (CHRI).

I guess the WB government has not updated itself on the recent developments of Amnesty distancing itself from the media reports.
Click to expand...

they know exactly what they are doing, their target is fence sitter electorate for 2024 elections. it’s the same tactic as US elections, spread negativity and doubt on a daily basis that fence sitters sit at home on Election Day.
H

Lariliss said:
An inevitable fact in the time of digital transformation, 5G rollouts, space surveillance roll-outs and remote working.
The technology of data exchange is flashing forth. The laws and anti-spyware cannot develop in the same tempo, and drawbacks cannot be easily anticipated until they happen.
Spyware protection has been spotlighted during decades as one of the most important points for each niche of data storing and transferring.
Looks like the superlative time starts.
Click to expand...

cyber warfare is a multi-million dollar industry. investing in hi-tech sophisticated hardware is just not possible for a developing countries. india is way behind in cyber warfare.

Just read some comments. People think that the present government is like big brother and praising SC as the saviour of people.

Murican libtards continue to target tech companies for some reason.
============
The US has blacklisted Israel’s NSO & Candiru, saying that they sold spyware to certain foreign governments which were used to target US govt officials, journalists and others.