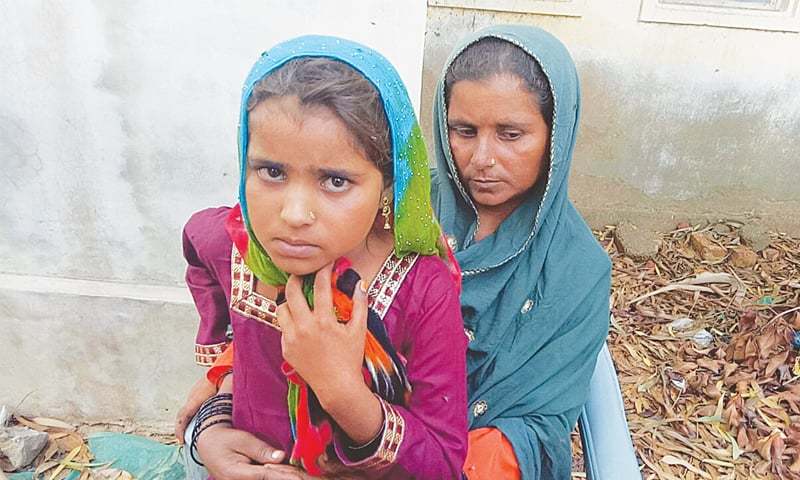 BADIN: A man handed over his eight-year-old daughter to an elderly landlord as a mortgage after failing to pay him back Rs100,000 loan in Tando Bago town, 21 kilometres from here, on Sunday.

The shameful deal came to light when Ms Soomri Machhi approached Tando Bago police station and complained that her husband Achar Machhi had sold off her daughter Nazia, 8, to an old landlord Ali Murad Chandio in Pathan Water village near the town.

Police raided the village to recover the girl and returned her to her mother who accused his husband of having sold the girl for Rs100,000.

Tando Bago SHO Ali Anwer Leghari confirmed the girl had been sold and said further investigation was under way.

Achar Machhi told journalists that he had handed over his daughter as mortgage after having failed to pay back the loan he had taken from the landlord.

Police did not register an FIR nor made any arrest in the case.


To every cousin fucker pakistani on internet. Contribute and collect money that you earn running advertisements on Pakistani defence forum and pay her father's debt back before your Muslim Girl is rapped yet again. May be create a Rape fund on PDF to help your own poor Muslim Girls.

According to the Rawat police station SHO, the accused has been arrested and a case registered against him under Section 376 (punishment of rape) and Section 506 (punishment for criminal intimidation) of the Pakistan Penal Code (PPC).

Police said the 19-year-old accused was reportedly caught red-handed by the singer while sexually abusing her daughter at her home located in Bahria Town, Rawalpindi.

In her statement before the police, Nazia Iqbal said she is a mother of two sons and two daughters. The girls are 12 and eight years of age. Due to professional commitments, both she and her husband would mostly be away from home due to which she had called over her brother from Swat to look after the girls and ensure the safety of the home.

The singer revealed that her daughters "would often complain to her that their uncle indulged in 'wrong acts' with them and would show them scary movies, threatening to kill them if they told anyone".

"One Sunday morning when I got up to prepare breakfast, I heard the cries of my younger daughter coming from the adjacent room. Upon entering the room, I discovered that her clothes had been taken off and my brother was sexually abusing her," Nazia Iqbal told police.

Upon seeing this, she immediately cried out in alarm following which the accused fled the scene.

SHO Rawat Inspector Sheikh Khizr Hayat while speaking to Dawn said that "the girls underwent a medical examination and initial reports confirm that both girls were subjected to sexual abuse".

Meanwhile, DNA samples have also been taken from the girls and sent to Lahore for testing.

The accused also underwent a medical examination, the official informed DawnNewsTV, adding that only DNA test remains to be conducted.

SHO Hayat said the accused confessed that he was unemployed and mostly remained at home and would often indulge in immoral acts with the girls, which can be dated back up to a year.

He said that the accused would be presented before the area magistrate on Thursday to obtain a physical remand against him.

It is indeed unfortunate to note that Pakistan is ranked amongst the top countries in the world severely affected by domestic violence. Thomson Reuters in a 2011 survey ranked Pakistan as the third most dangerous country for women in the world following Afghanistan and Republic of Congo. Domestic violence is an act of sheer barbarity and indecency. Considering the accelerating scenarios, which make women vulnerable to domestic violence and its ensuing negative consequences, there stands a need to formulate stringent and implementable laws, programmes and strategies in Pakistan to curb the rate of domestic violence. Different educational awareness campaigns should be created for both men and women, which should include counseling sessions, talk shows and role plays to emphasise the curse of domestic violence towards women and extent to which it is detrimental to female’s health. In addition, judicial processes and police departments should undergo operational reformation to an extent that women are freely and safely able to access and seek justice. The personnel of women police should be effectively trained and guided so that victims of domestic violence feel safe while contacting them. An emphasis on recruiting nurses or female doctors in the police departments should be encouraged for promoting an amiable environment for the victims of domestic violence. Such measures if implemented effectively can control the horrendous crime of domestic abuse in our country.
Click to expand... 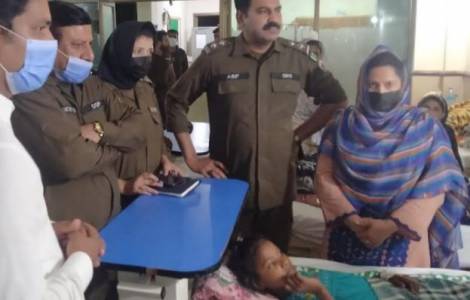