Sana Jamal, Correspondent
19:07 January 18, 2018
MARDAN: In another tragic incident, a four-year-old girl, Asma, was raped before being strangled to death in Mardan city of Khyber-Pakhtunkhwa (KP) province.

The minor girl had gone missing while playing outside her house and was found dead the next day. Her body was found in a sugarcane field on Sunday in the Jandarpar Gujjar Garhi district of Mardan city.

Addressing a news conference at the Central Police Office, Salahuddin said that the autopsy report had confirmed that the girl was raped before being killed. Asma was laid to rest on Sunday.

On Thursday, Chief Minister Khyber Pakhtunkhwa Pervaiz Khattak visited the bereaved family and assured to extend all possible help to them.

Imran Khan, the chairman of Pakistan Tehreek-e-Insaf (PTI) — the ruling party in KP province — said on Wednesday said that the provincial police not only recovered the girl’s body within 24 hours but is taking all measures to provide justice to the victim’s family.

The incident surfaced as the country is still reeling from the recent rape and murder of seven-year-old Zainab Ansari in Kasur — a case which triggered countrywide protests and encouraged conversations about the sexual abuse of children in a country where the issue is traditionally considered a taboo.

Zainab’s case specifically provoked the people of Kasur, a district in Punjab province, which has witnessed at least 12 similar incidents in 2017.

The recent reported cases of rape and murder of children have shocked Pakistanis and sparked protests.

As many as 11 cases of child sexual abuse are reported from across Pakistan every day, according to data by child protection organisation, Sahil.

“This gruesome figure makes it important for Pakistani parents to educate their children. We have to talk about abuse and tell our children not to remain silent,” said Salma Khan, a high-school teacher. “Child abuse cannot be eliminated through punishment alone. We need to create awareness on the issue.”
news/asia/india/four-year-girl-raped-and-murdered-in-mardan-1.215952 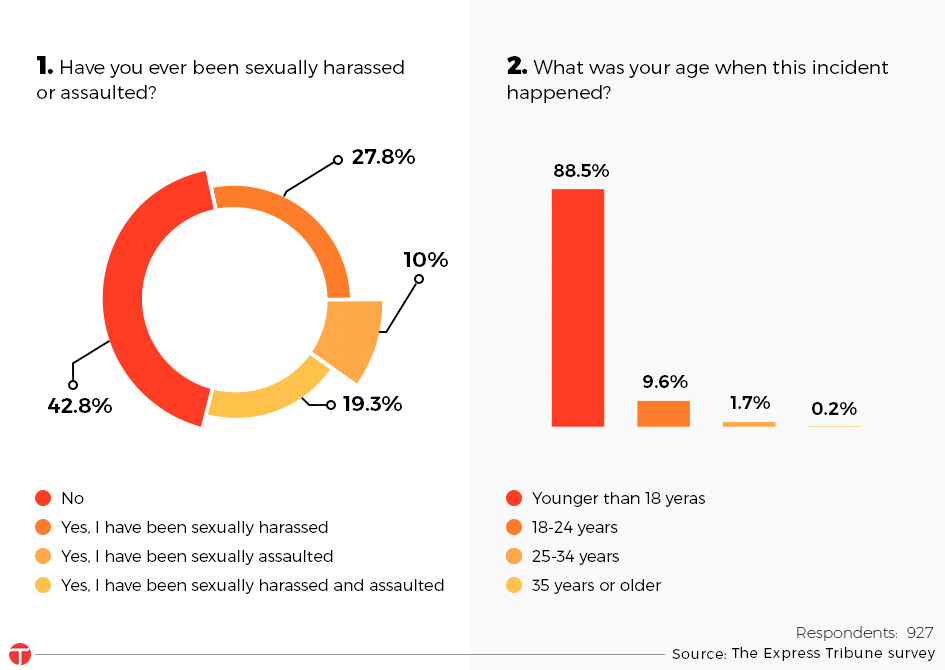 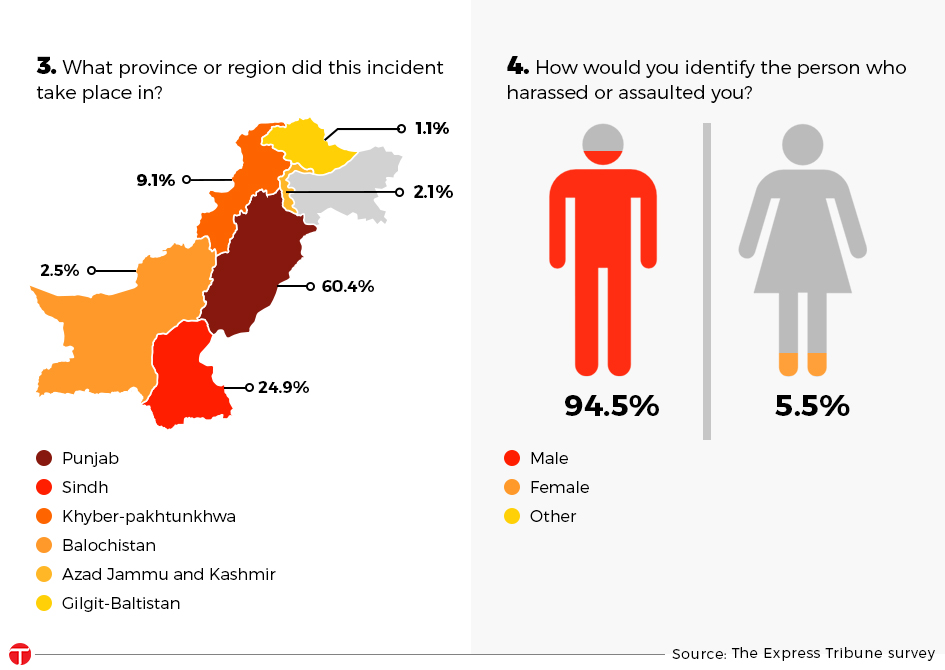 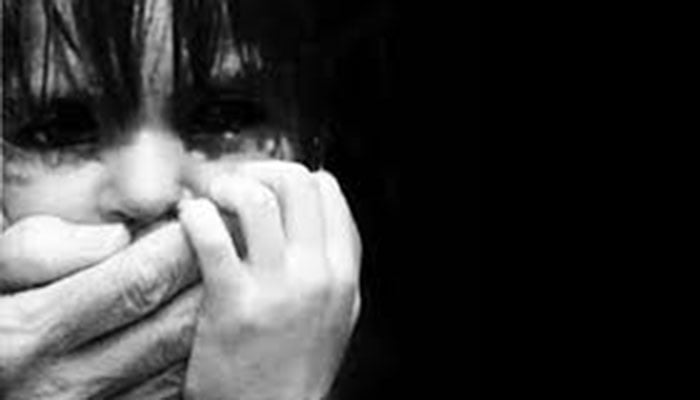 Up to 11 cases of child abuse per day are reported in Pakistan, according to a report published by Sahil – an organisation that works on child protection with a special focus on sexual abuse. Photo: file

KARACHI: The brutal rape and murder of seven-year-old Zainab in Kasur is not a one-off incident. As many as 11 cases of child sexual abuse are reported from across Pakistan every day, according to data collected by non-governmental organisation Sahil.

Even in Kasur—which became the centre of a massive child abuse case in 2014 and 2015—the rape and murders of 12 minor girls, all aged between five to eight years, have been reported in the past twelve months.

According to reports in the media, Aimaan Fatima, Fauzia, Noor Fatima, Sana, Asma and Laiba were among minors kidnapped from the suburbs of Kasur in 2017 and whose dead bodies were later recovered from different parts of the city.

According to the latest numbers released by Sahil, an organisation that works on child protection with a special focus on sexual abuse, a total of 1,764 cases of child abuse were reported from across the country in the first six months of 2017 alone.

The shocking numbers bring to attention the failure of law enforcement agencies in Pakistan, particularly Punjab, in apprehending these criminals and curbing a plague that seems to have taken hold of our society.

According to data from Sahil, out of the total cases of child abuse from January to June 2017, 62 percent were reported from Punjab.

27 percent of cases reported were from Sindh province, while 76, 58, 42, and nine cases reported from Balochistan, FATA, Khyber Pakhtunkhwa, and Azad Jammu and Kashmir respectively.

Strangers were found responsible for 15 percent of all cases reported in the first six months of 2017.

Of all cases, 15 percent of the crimes were committed at the victim's own place, while 12 percent were said to have taken place at an acquaintance’s place.

A shocking revelation in the report states that a 100 percent increase in child abuse by landlords was observed in 2017.

Kasur culprits following a pattern?
Reports in the media suggest that the culprits in Kasur seemingly following a pattern—bodies of all of the deceased minors raped and murdered in the first six month of 2017 were found in under-construction houses. But the law enforcement agencies, it appears, have failed to notice.

The families of seven girls and three boys who became the victims of the murderers in Kasur still await justice, despite assurances from the police after public outcry broke after each incident.

With the memories of the ‘Husain Khanwala’ incident in Kasur—in which hundreds of children were abused, filmed and, later, blackmailed by local gangs some two years ago—still fresh in the minds of the public, prominent activists and members of the civil society have raised their voices on social media and demanded justice for Zainab’s family.
Last edited: Jan 19, 2018

Rapistani have exported their skills to UK as well.

hit&run said:
Rapistani have exported their skills to UK as well.
Click to expand...

they are now exporting it to Australia, New zealand.

What sick people, except for POK and balochis, one an Indian territory under foreign occupation and other, a country striving for Independence.

IBRIS said:
Zainab’s case specifically provoked the people of Kasur, a district in Punjab province, which has witnessed at least 12 similar incidents in 2017.
Click to expand...

So,after 12 girls rape,kill and dumping in trash pakis demanding justice.... btw these porkis are world famous for their rape-gangs (UK Presstitute media calls them as 'Asians' and gang-raping kids as grooming

James-bond said:
So,after 12 girls rape,kill and dumping in trash pakis demanding justice.... btw these porkis are world famous for their rape-gangs (UK Presstitute media calls them as 'Asians' and gang-raping kids as grooming

Sir, you are killing them with facts it's so real. I'm astonished. For a porkis to comprehend this update would take atleast couple of days before they realise it's been too late.

What a fucked up country, I am glad partition happened.

Porki muzzies not left even Transgender

Transgender woman kidnapped and gang-raped by nine people in Pakistan

A transgender woman has been kidnapped and gang-raped by at least nine people.

Sources told The Express Tribune that the woman in Peshawar, Pakistan was attacked because she was advocating for trans rights.

The individual has remained anonymous, as she is scared for her life.

There have been multiple instances of transgender people being shot in Peshawar.


Rights activist Taimur Kamal said that many crimes against LGBT people in Peshawar were being committed by an organised gang.

“Law enforcers are reluctant to take action against the gang despite the series of attacks,” he added.

Transgender woman kidnapped and gang-raped by nine people in Pakistan

A transgender woman has been kidnapped and gang-raped by at least nine people.

Sources told The Express Tribune that the woman in Peshawar, Pakistan was attacked because she was advocating for trans rights.

The individual has remained anonymous, as she is scared for her life.

There have been multiple instances of transgender people being shot in Peshawar.


Rights activist Taimur Kamal said that many crimes against LGBT people in Peshawar were being committed by an organised gang.

“Law enforcers are reluctant to take action against the gang despite the series of attacks,” he added.
Click to expand...

Paki men are well known for fondling other men. When was the last time anyone seen women among these pedophiles during celebrations or weeding parties.? If you ever stumble upon one of there forums and see how they talk about how handsome other paki men are, I'm serious just go to any thurki thread and see it yourself how windjammer, Batman, graphican and others are literally drewling over eachother. Also don' exclude Areesh, Snow lake, all of them are closet ******$ do check there posts.
Last edited: Jan 30, 2018 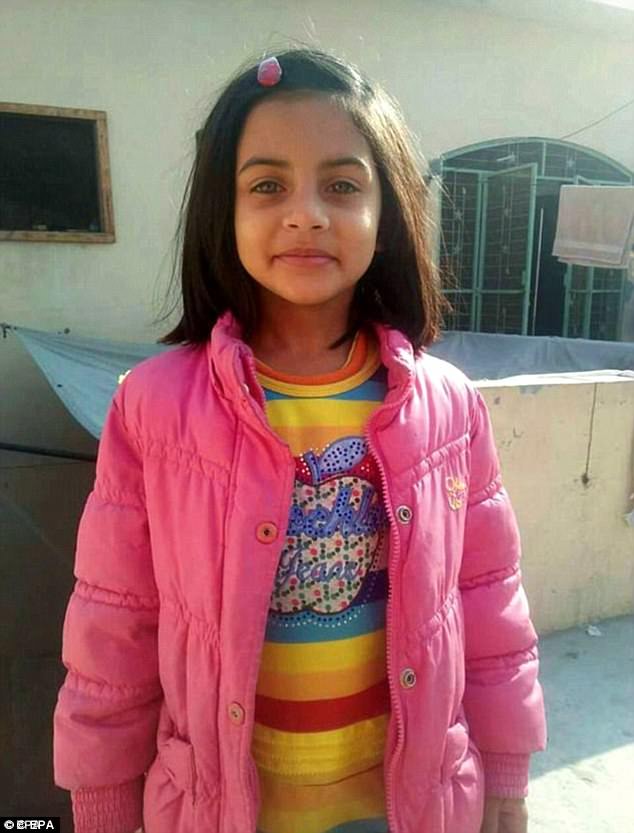 Samia Shahid, 28, from Bradford, was allegedly raped and strangled by her ex-husband Mohammed Shakeel while visiting relatives in Punjab in 2016. (Picture: Facebook)


A father suspected of being involved in the death of his daughter in an alleged ‘honour killing’ has died.

^^ These are all today news only. Disgusting Porkis.... in UK they rape kids in Porkistan they rape and kill kids.

ISLAMABAD: The Supreme Court on Tuesday expressed dissatisfaction with progress in a case pertaining to the rape and murder of four-year-old Asma in Mardan district of Khyber Pakhtunkwa.

On January 26, the chief justice took suo motu notice of the rape and murder of little Asma and sought a report from the Inspector General of Police Khyber Pakhtunkhwa.

The minor girl went missing on January 13 from Jandarpar Gujjar Garhi area of Mardan and her body was later found in sugarcane fields in the same area on January 17.

According to the post-mortem report, she was subjected to sexual assault and torture before
her captors strangulated her to death.

The police have so far failed to nab the culprit behind the grisly incident, which came to the light following the rape and murder of seven-year-old Zainab in Kasur.


A 13-year-old girl was killed by her own brother after she resisted a rape attempt by him in Pakistan’s Baluchistan province, police said on Monday.

The victim’s sibling had claimed that he had left the house for about 30 minutes and upon return, he found his sister strangled with her scarf.

According to Quetta’s Deputy Inspector General of Police (DIG) Abdul Razzaq Cheema, however, the brother today confessed to murdering his sister after attempting to rape her.

You are worried about transgenders.... Oh boy don't you know that they leave goats too.. muzzies are Goatfuckers too....

Even animals are raped in porkistan, at least she was a transgender......

I believe even a roadside pipe too is not spared and safe. Anything with a hole and muzies will start pumping it......


CHARSADDA: A 16-year old girl in Charsadda district of Khyber Pakhtunkhwa province managed to escape an alleged rape attempt during the earthquake which jolted parts of India and Pakistan on Wednesday, ARY News reported.

According to ARY News correspondent Sartaj Khan, the 16-year old girl named Ayesha claimed that two armed men from her locality barged into her house when her mother was away and tried to rape her after tearing her clothes but escaped in fear after tremors jolted the area.

The girl’s family reported the incident to area police and maintained that two armed men entered their house after climbing walls, held the teenager hostage on gun point and tried to rape her before tremors forced them to flee in fear. The victim, however, claimed that the suspects filmed the entire incident using their cellphone camera.

Station House Officer Manzoor Khan told ARY News that police conducted raids at the suspects’ house but so far no arrests have been made as both the suspects have possibly fled the area.

District Police Officer Charsadda, Zahoor Afridi maintained that police had reached the spot soon after the incident was reported and had taken the girl for a medical checkup. He added that police is conducting raids and will soon present the suspects before media and the victim’s family.

A 6.1-magnitude earthquake jolted various parts of the country on Wednesday. Tremors were reported in Quetta, Karachi, Lahore, Islamabad, Peshawar, Charsadda, Murree, Sargodha, Shangla, Haripur and Gujranwala, as well as parts of India, Kashmir and Afghanistan.

This is just tip of the iceberg, considering how many are afraid to come out and speak because they fear for their lives or afraid of acid attacks.

Bloody rapistanis
and still no outrage
shame on them
D

Transgender woman kidnapped and gang-raped by nine people in Pakistan
Click to expand...