Pakistan's nuclear capable Hatf-V or Ghauri missile is a dud

According to Japan Times, Pakistan's Hatf-V or Ghauri missile is a complete failure owing to faulty guidance system. According to the newspaper, "a retired Pakistani nuclear scientist has claimed that former Pakistani leader Gen. Pervez Musharraf’s 1999 military adventurism in the Kargil region of divided Kashmir failed in part because the North Korea-aided, nuclear-capable Ghauri missiles he wanted to deploy then had a faulty guidance system."

The pakistani scientist said that during the Kargil crisis of May-July 1999, Musharraf, who was then army chief, “wanted to deploy Ghauri missiles, but air went out of his balloon when the top general in charge of the missile program told him the missile had a faulty guidance system.”

On April 6, 1998, Pakistan had carried out what it described as a successful first test of the intermediate-range ballistic missile, developed by Khan Research Laboratory with North Korean assistance. Even Musharraf, who witnessed that Ghauri launch as a local corps commander, had been led to believe it was a success then, according to the nuclear scientist, who until recently had long been closely associated with the country’s nuclear and missile programs.

The truth according to the scientist is that the ballistic missile failed to reach its predesignated impact point in Pakistan’s southwestern province of Baluchistan and its debris could not be found. Making this public would have undermined the missile’s deterrent effect and therefore the Pakistani armed forces establishment lied to the Pakistan and the world and it was declared as a success. 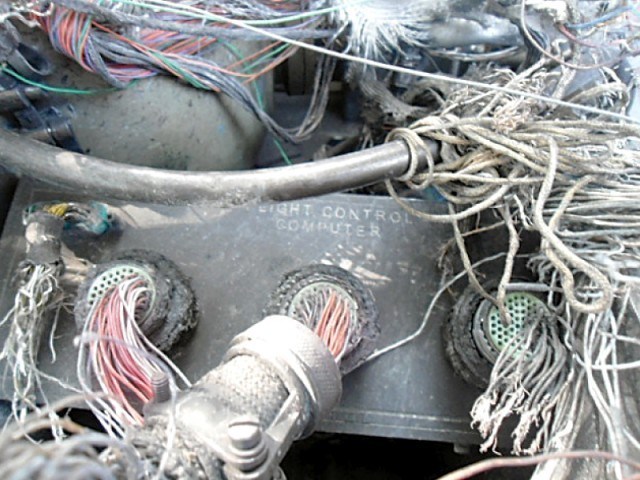 The Flight Control Computer of Ghauri/Hatf V which landed in Dadu, Pakistan
The then president Musharraf was unaware of the Ghauri missile’s faulty guidance system and only learned the truth in March 1999 from Lt. Gen. Zulfikar Khan, who then commanded the army’s Combat Division. Musharraf immediately ordered another Ghauri test, which took place on April 14 1999. This test also failed and the missile, due to its faulty guidance system, overflew the designated target point in Baluchistan into the Sistan region of southern-eastern Iran. This test too, was declared as a success by Pakistan despite its dismal failure.

Though Pakistan claims that Ghauri missiles are designed and produced indigenously, they are actually Nodong missiles supplied by North Korea and re-engineered in Pakistan to extend their strike range. According to several sources, 20 under-tested Nodong missiles were bought by Benazir Bhutto regime in early 90's and rechristened them as Ghauri and later Hatf-V.

Later, Pakistan Atomic Energy Commission replaced the guidance system of Ghauri missile with the Chinese-aided Shaheen missile. A test was conducted on Nov 28th and true to its form, Pakistan declared it as a success. But to their shock, debris of the Ghauri missile was found showering on the pakistani village Dadu and captured by the mainstream media of Pakistan. It was later found that the missile has exploded mid-air and debris fell on the village putting an end to the lies of the Pakistani establishment as reported here. The Pakistani armed forces public relations department ISPR hastily released a press statement declaring that debris is indeed from Ghauri missile test.

All these revelations by the Pakistani scientist and the recent failed Ghauri missile test throws a bad light on the Paksitani establishment but also cause suspicions on capabilities of other missiles in its arsenal.