Pakistan's naval buildup is quite concerning.

avknight1408 said:
Union budget allocation for defence pensions is Rs. 1.33 lakh crore (almost $15 billion). This is bigger than Pakistan's entire defence budget. In 2015 the defence pensions were 54k crore. But after OROP it has almost trebled in 5 years. It is unsustainable and many former army officers have agreed with this too. (One such article ). Imagine how much it will increase as years go by. We are sitting on a time bomb.

If taxpayer money is put to good use then we will have modern military. Historically Indian Navy has received less funding among the three and this has forced it to embrace indigenous products. Same way budget constraints have forced entire paki military to get more bang for buck. You can check pakistan ordnance factory website. They have only one plant but make a lot of products (even MP5 on license). Few years ago Indian Army vice chief had said this publically (Link).

So let's reduce or even cancel the pensions? I am sorry but this is an moronic thought process. A soldiers gives away his best years in the military. No govt should moan paying pension to its soldiers. All this talk of pension being unproductive etc etc is bad.
B

Rajaraja Chola said:
So let's reduce or even cancel the pensions? I am sorry but this is an moronic thought process. A soldiers gives away his best years in the military. No govt should moan paying pension to its soldiers. All this talk of pension being unproductive etc etc is bad.
Click to expand...

Agreed , IMO armed forces should now explore possibility to raise funds as expecting steep increase in defence budget is not looking feasible in near future.

Most of the defence budget is eaten by DPSU and civilians and there is steep increase on it every year,more than every thing else. So it's better to do restructuring or to pay them from outside the defence budget.

One of the areas which needs urgent downsizing & reorganization is OFBs & DPSUs & Defence Civillian category which is inclusive of MES.

We are not PA. It's not the job of the armed forces to raise money. Our armed forces shouldn't be involved in fancy and shady businesses controlling any sector of the economy.

What they can do is adopt pvt indigenous armaments. Indirectly they give lots of imperative to R&D, manufacturing, jobs and exports. Rupee wise products will also be cheap initially. US defence budget was around 700B last year. Their capital budget is around 138B including space force thingy. Their exports is 55B. Roughly they plough back 30% to US economy.

Our capital budget is puny. But what if actually 20% of our budget is put back into Indian economy. That's what they should concentrate on. It's not the job of army to raise money. Infact I am even against selling of defence land unless it's requested for some infra projects. 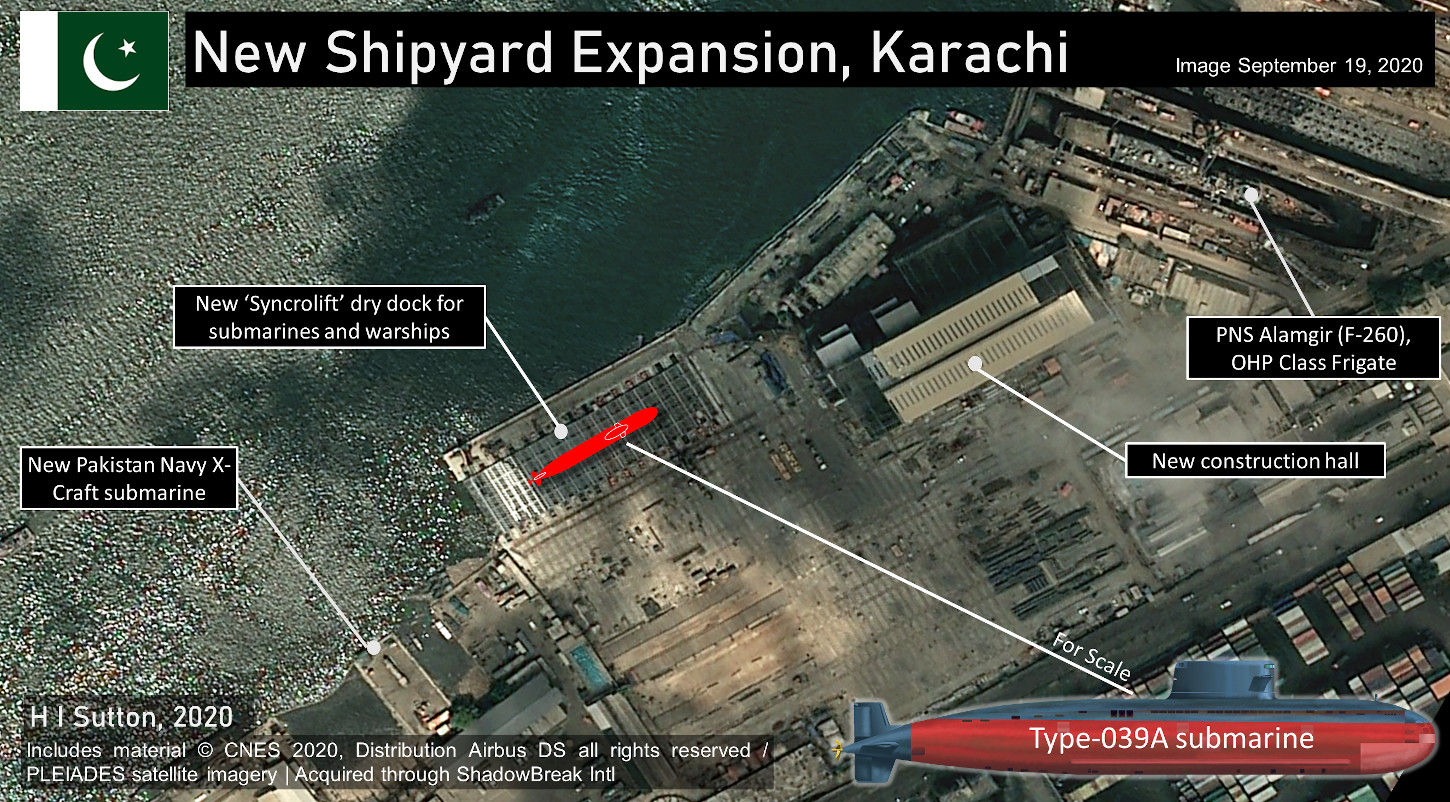 New construction halls and dry dock in Karachi are taking shape. Although official details are scarce, we understand that the new site will be for the local construction of Type-039B AIP submarines for the Pakistan Navy.

Biggy Iggy said:
If we read through this list the proposed hardware will make Pakistan a serious threat

I think also mentioned is a hypersonic Cruise missile
Click to expand...

LMAO only thing these inbreds can do is to paint a Chinese missile in shitty green colour such is their capability.

Embraer?? Isn't India trying to buy 51% stake in that company??