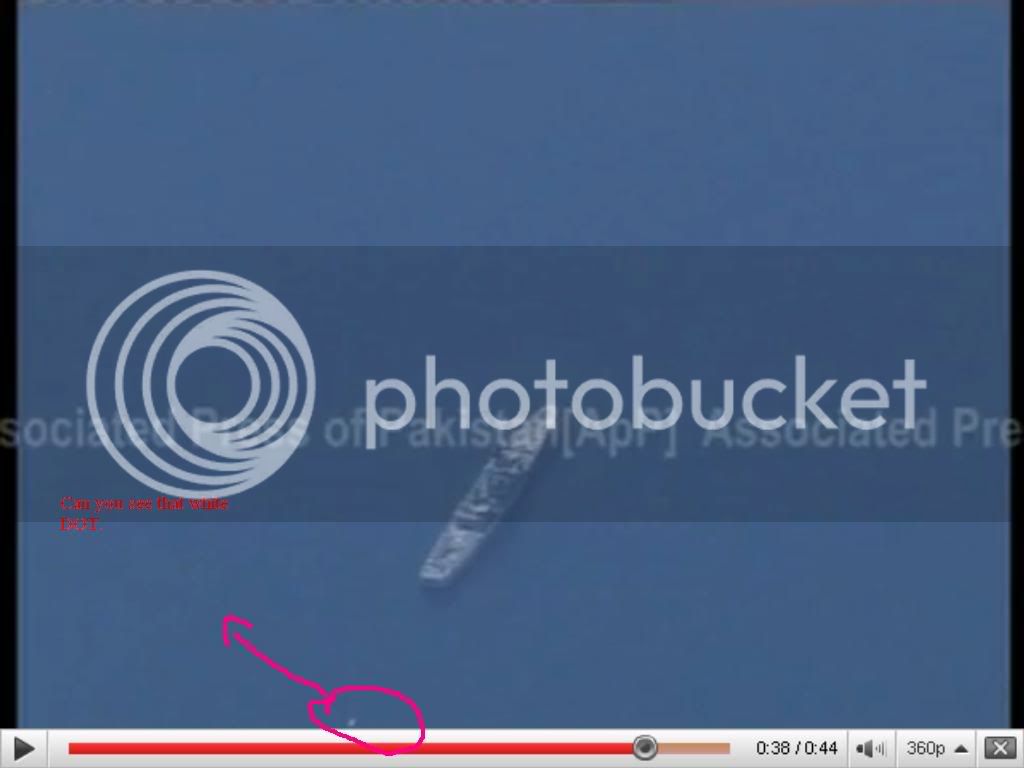 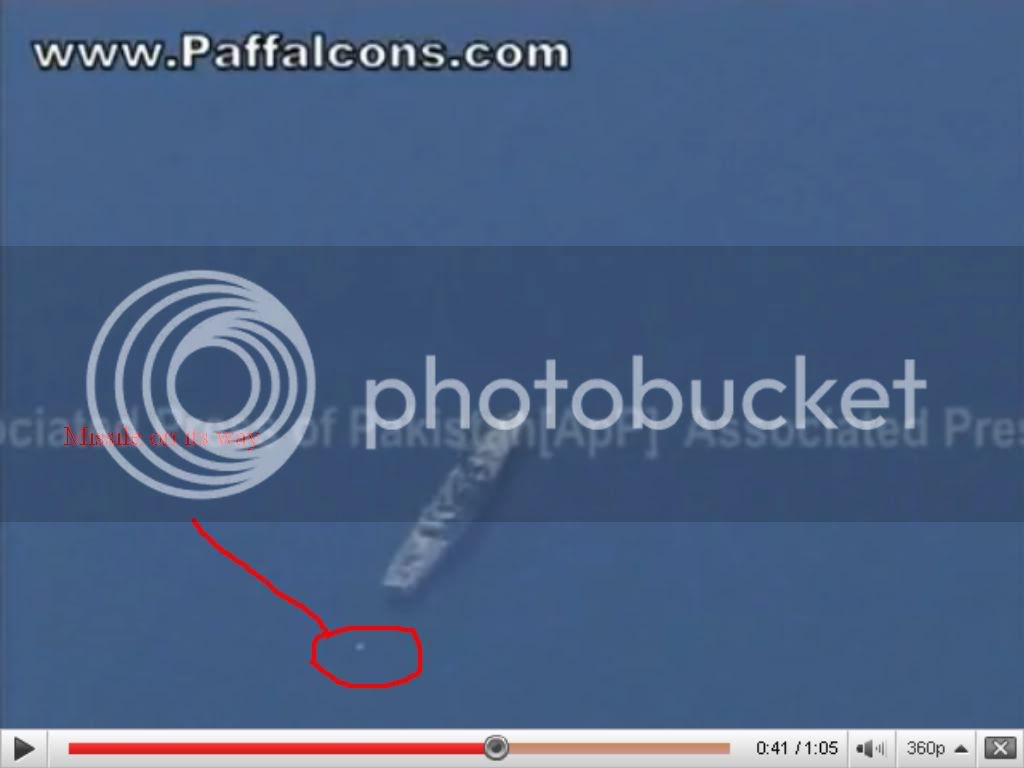 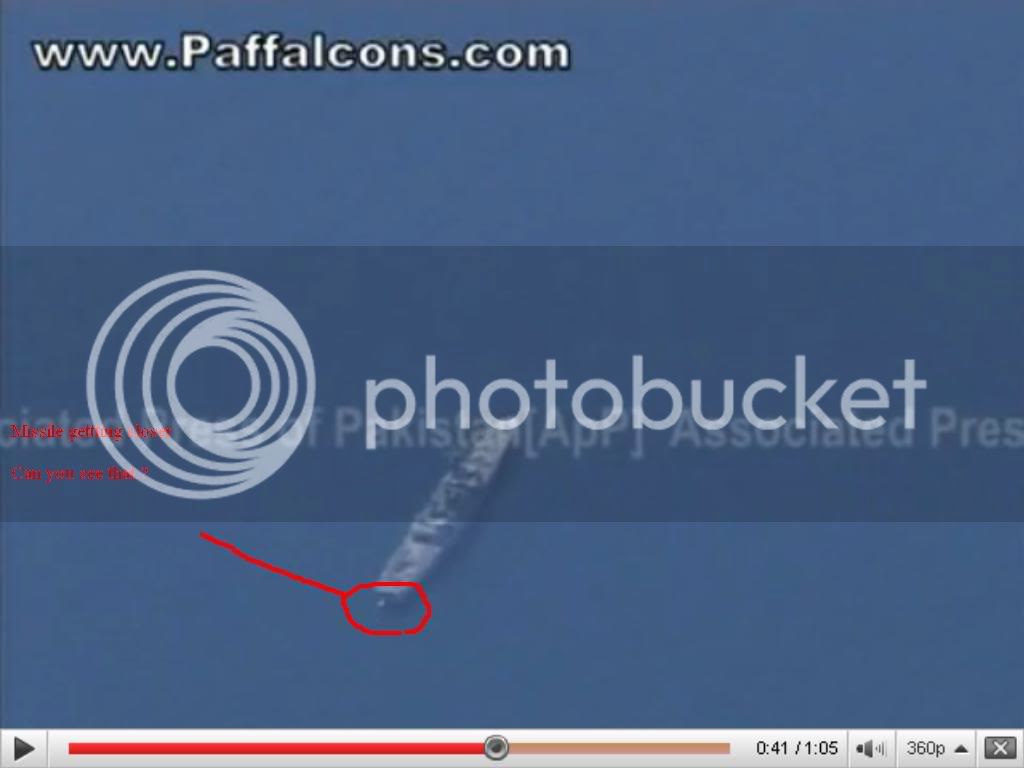 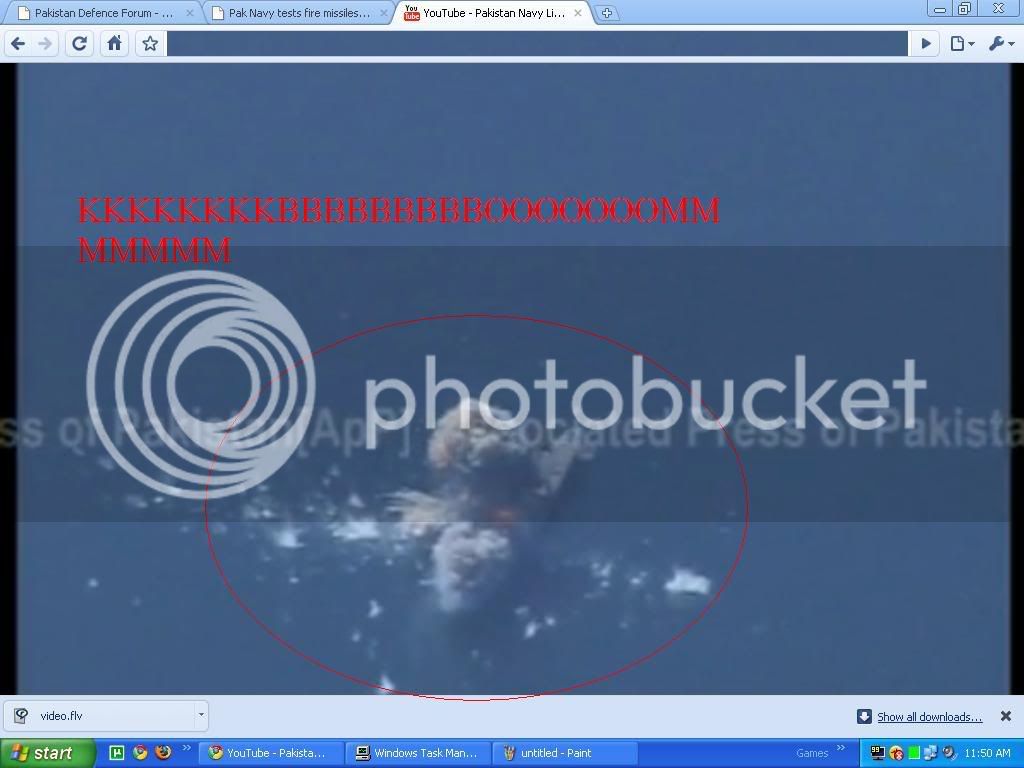 The Ship the Missile was tested against, did it have countermeasure simulation, and other stuff or was it just a target practice? That kinda info would be awesome to know!

Yes, Armand, I too kinda noticed that, dont know the technicals though. This Missile can be shot down by our Ships, its subsonic, and this is pretty much old tech I feel. 2 Decades ago it would ve been good for Pakistan unless upgraded

No, it didn't have any countermeasures from what I could tell, no chaff clouds.

albert_008 said:
I like this statement. it reminds me of the india testing agni-3 with nuclear capable and the indian newspaper directly point to China as the potential target e.g the missile can reach Shanghai and beijing etc. But the reality is CHina does not care india at all.


And i would like to quote the first two lines " India always talks of defending its motherland against the "nefarious" designs of any country (read CHina), but it has always been the ones with the dirty ideas. All statements are for domestic consumption which get worked up by anti CHina rhetoric so that the issues that are of real concern are slid below the carpet.
Click to expand...

Who attacked who? Has india attacked anyone? India has never showed any "nefarious" motives. When india talks of nefarious designs it has to do with both pakistan and china. The last of those nefarious designs was shown 12 years ago in Kargil.

So which real issue has been slid below the carpet by india by whipping up anti china rhetoric?
Pakistan uses anti india rhetoric to divert its peoples mind from the mess the country is in due the policies of successive govts out there. Taliban explodes a bomb. People ask questions, start the anti india thing. Your terrorists come to india and fire at our people. India asks questions, start the thing again.

Pakistan's navy carried out the largest demonstration of its missile capabilities in years on 12 March, using submarines, surface ships and aircraft.

The exercise was immediately interpreted by Western defence analysts as a significant display of the country's naval offensive capability, mainly geared towards the much larger naval presence of India in the Indian Ocean.

"While re-emphasising the Pakistan Navy's commitment to defend the motherland, this strike capability would also send a message of deterrence to anyone harbouring nefarious designs against Pakistan," the Pakistan Navy said after the exercise.

The announcement confirmed the exercise area as the northern Arabian Sea without elaborating further on its location.

A senior Pakistan Navy official said the demonstration involved a Chinese frigate, the F22P, for the first time, which fired the Chinese-supplied C-802 anti-ship missile. It operated alongside one of Pakistan's three French-supplied Agosta 90B submarines and two US-supplied P-3C Orion maritime patrol aircraft.

"The P-3C fired an Exocet 39 [AM39] missile as well as a US-supplied Harpoon missile, while the SM-39 missile was fired from the submarine. All these weapons hit their targets with precision," said the Pakistan Navy official.


A Western defence official in Islamabad said the tests, which were designed to reaffirm the Pakistan Navy's capability, still left questions over the future acquisition of new hardware. The Pakistan Navy has been negotiating to purchase three new submarines to replace its ageing Agosta 70 submarines, which it has operated since the 1970s.

The Type 214 submarine made by Germany's Howaldtswerke-Deutsche Werft (HDW) has been widely reported to be the navy's preferred choice, although a contract has not been finalised mainly due to Pakistan's financial constraints. 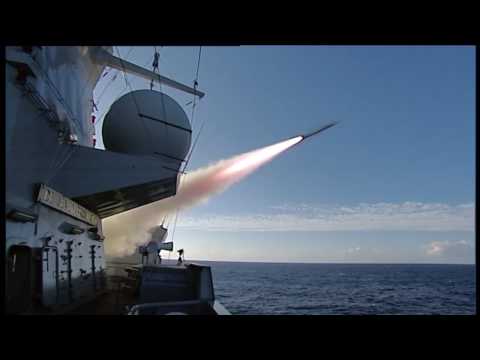 ISLAMABAD — Pakistan's navy successfully test-fired a series of missiles and torpedoes Friday in what it called a message to "nefarious" forces — an apparent reference to longtime rival India.

While the two nuclear-armed neighbors have taken slow steps toward restarting peace talks, they also have a history of using weapons tests as a form of diplomatic saber-rattling.

The tests occurred in the ******* Sea and employed various aircraft such as the P-3C Orion, Agusta 90-B Submarine and F-22P frigate. It was not immediately clear if the missiles were capable of carrying nuclear warheads.

Both countries regularly test their missile systems, and usually notify each other ahead of such launches in keeping with a diplomatic agreement.

But Friday's launches were followed by a navy statement saying: "These successful tests are a clear message to forces having nefarious designs."

Such statements have been rare in recent years, as the two nations have struggled to keep their peace process limping along. Late last month, India and Pakistan held their first official talks since the Mumbai terrorist attacks in November 2008.

It was not clear whether the statement was an intentional attempt to stir the diplomatic waters, but similar wording has been used in the past to send warnings to New Delhi.

India and Pakistan have fought three wars since they gained independence from Britain in 1947.

The two sides began talks aimed at resolving their differences over the Himalayan region of Kashmir and other disputes in 2004. India put the peace process on hold soon after the Mumbai attacks.
Click to expand...

Thanks for sharing, Emo Girl.

The PN Modernization Program is underway, and our fleet is becoming ever more advanced to meet the security challenges of today.