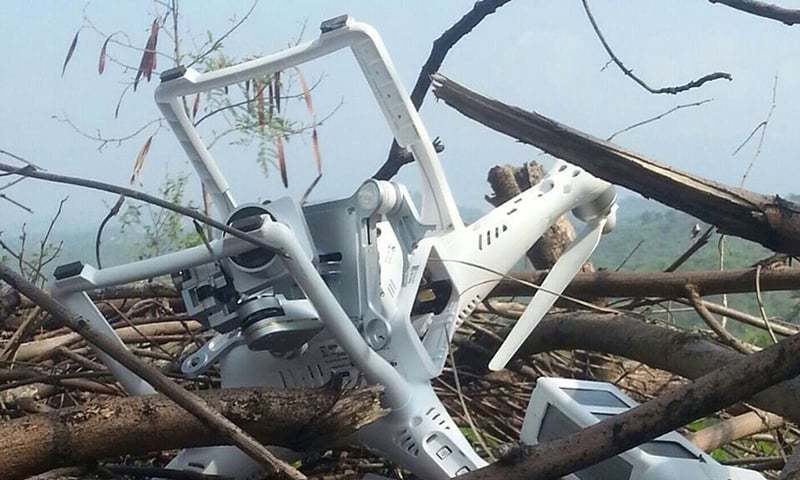 ISPR handout released July 15, 2015 purportedly shows the Indian 'spy drone' shot down by the armed forces
ISLAMABAD: An Indian spy drone has been shot down by Pakistani military forces along the Line of Control (LoC) in Bhimber, Azad Kasmir, according to Inter Services Public Relations (ISPR) statement.

According to the military, the drone had violated Pakistani airspace after which it was targeted by Pakistani forces and brought down for "violation of Pakistan's territorial integrity".

The military maintains that the 'spy drone' is used for aerial photography.

The Himalayan territory of Kashmir, which is the main contention, between the two countries, is divided between India and Pakistan by the UN-monitored de facto border of LoC. The territory is claimed in full by both the countries.

Yes shooting it down is easier than hanging a human
S

thats just a DJI Phantom an idoit with a rock can shoot it down. Bring down a Heron or a Rustom uav and then call it news cause those are the ones that I think that are actually used for spying
M

Tell that to ur army. They were using it

Now Pakistani media will boast another conspiracy between CIA, Mossad and RAW. :blah:

Yea like you did with the 'ISI trained' kabootar?

Something is fishy. A couple of days back their own drone crashed.
http://tribune.com.pk/story/914284/pakistan-rangers-drone-crashes-in-punjab/

@avknight1408 my same thinking, what is the proof that it is an Indian drone, where are the markings and no news from Indian side about such an incident.
Pakistanis are world renown to twist and stick news in ways they like.

Neo said:
Yea like you did with the 'ISI trained' kabootar?

the same Kabootars were smuggling drugs into Indian territory, since your country is too short of Mujahids to send them across the border you have turned to Innocent animals to do your dirty tricks.
and it is not cospiracy therory (which your people have mastered), its reality.
M

The image is that of a China Made drone operated by the Pakistan May be one of those crashed in populated area and the PA's propaganda machine added a twist?

Why would India use such fragile and short-range system to keep an eye across the border when we have got better systems including Military Satellites?
Last edited by a moderator: Jul 16, 2015

I don't remember any indian army tenders for drones in the past 6 months, slim chance this is a military drone.

Some civilian tried to get video of across the border, the ones shown in pics can even be bought on eBay.

They shot their own drone. their tangos must have tried to do recon on their own without giving advance notice, their FC got excited and shot it down.

They flew their own drone and shot it down, for propaganda purposes.

Another fake news planted in the Pak media. Pak operated Chinese drone must have crashed and their media used it for propaganda.
14 mins ago:
New Delhi: The Indian military today denied the Pakistan army's claims of shooting down an Indian "spy" drone. "Some reports of a drone crash
http://www.ndtv.com/india-news/army-denies-pakistans-claims-of-shooting-down-indian-spy-drone-781831

ezsasa said:
I don't remember any indian army tenders for drones in the past 6 months, slim chance this is a military drone.

Some civilian tried to get video of across the border, the ones shown in pics can even be bought on eBay.

They shot their own drone. their tangos must have tried to do recon on their own without giving advance notice, their FC got excited and shot it down.

They flew their own drone and shot it down, for propaganda purposes.
Click to expand...

most probably, it is their own drone crashing, I dont know weather our army uses something like Netra (a hovering drone- it is mostly for policing purpose). and it doesnt even have any Indian markings.
it is clearly a propaganda, to show their people that they are not weak, as it was apparent in recent MODI_SHARIF meeting.

NEW DELHI: Pakistan military claimed on Wednesday that it had shot down an "Indian spy drone" along the Line of Control (LoC) in Bhimber, in Pakistan-occupied Kashmir.

"The Indian spy drone had violated Pakistani airspace after which it was targeted by Pakistani forces and brought down for violation of Pakistan's territorial integrity", Pakistani newspaper Dawn reported quoting Inter-Services Public Relations (ISPR).

Pakistan military's claim of shooting down the "Indian spy drone" came on the day when a woman was killed in firing by Pakistani Rangers on the international border in Jammu district.

A woman was killed and three people, including two civilians and a border security force (BSF) trooper, were injured in firing by Pakistani Rangers on the international border in Jammu district on Wednesday, an official said.

Poli Devi, 42, a resident of Akhnoor sector, has been killed in the firing, a senior police officer said.

"Three others - Ramesh Lal and Usha Devi, both civilians, and constable Anjali Kumar of 89 battalion of BSF - have been injured in the firing," the officer said.

"Two of the injured persons have been shifted to Jammu city for treatment, while the third, Usha Devi, is being treated in a local hospital in Pargwal village near the border."

The skirmishes were ongoing as of late Wednesday afternoon.

The unprovoked firing on the international border by Pakistan Rangers comes at a time when the state government is busy making arrangements for Prime Minister Narendra Modi's visit to Jammu on Friday.

"Some reports of a drone crash in POK (Pakistan Occupied Kashmir) are being referred to. No drone or UAV crash of Indian Army has taken place," the defence ministry said in a statement. The army's Northern Command has also issued a denial.

The Pakistan army has alleged that the drone was being used for aerial photography near the Line of Control and was shot down in the Bhimber area of PoK. The drone was "brought down for violation of Pakistan's territorial integrity," it claims.

The incident comes days after Prime Minister Narendra Modi and his Pakistani counterpart Nawaz Sharif held talks in Ufa in Russia where the two leaders were attending a summit.

In a joint statement after the talks, the two countries decided to arrange meetings of senior military officials to reduce tension along the border.
Story First Published: July 15, 2015 19:45 IST

Pak army is at it again to create tension along the border to disrupt the dialogue plan set forth by the democratic Govt of India and the elected Puppet Govt of Pakistan.

It looks like a quadcopter to me. Maybe purchased online. They should look at its serial number and where it was sold?

India dont use Chinese made drones.

After hurriyant iftar rejection, false accusation of one of their countrymen being a RAW agent, doing U turn after Ufa talks, pak once again putting their foot on an axe. Its like they enjoy making a mockery out of them just to grab some headlines.

musalman said:
Tell that to ur army. They were using it
Click to expand...

We do not use that model, see the pic below and compare to the pic that crashed. 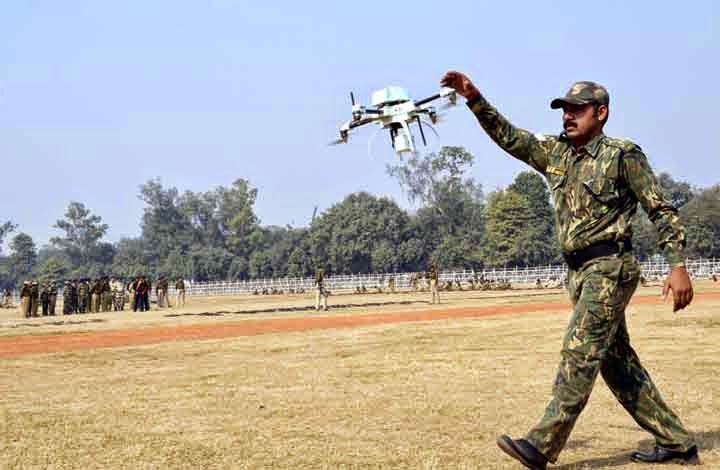 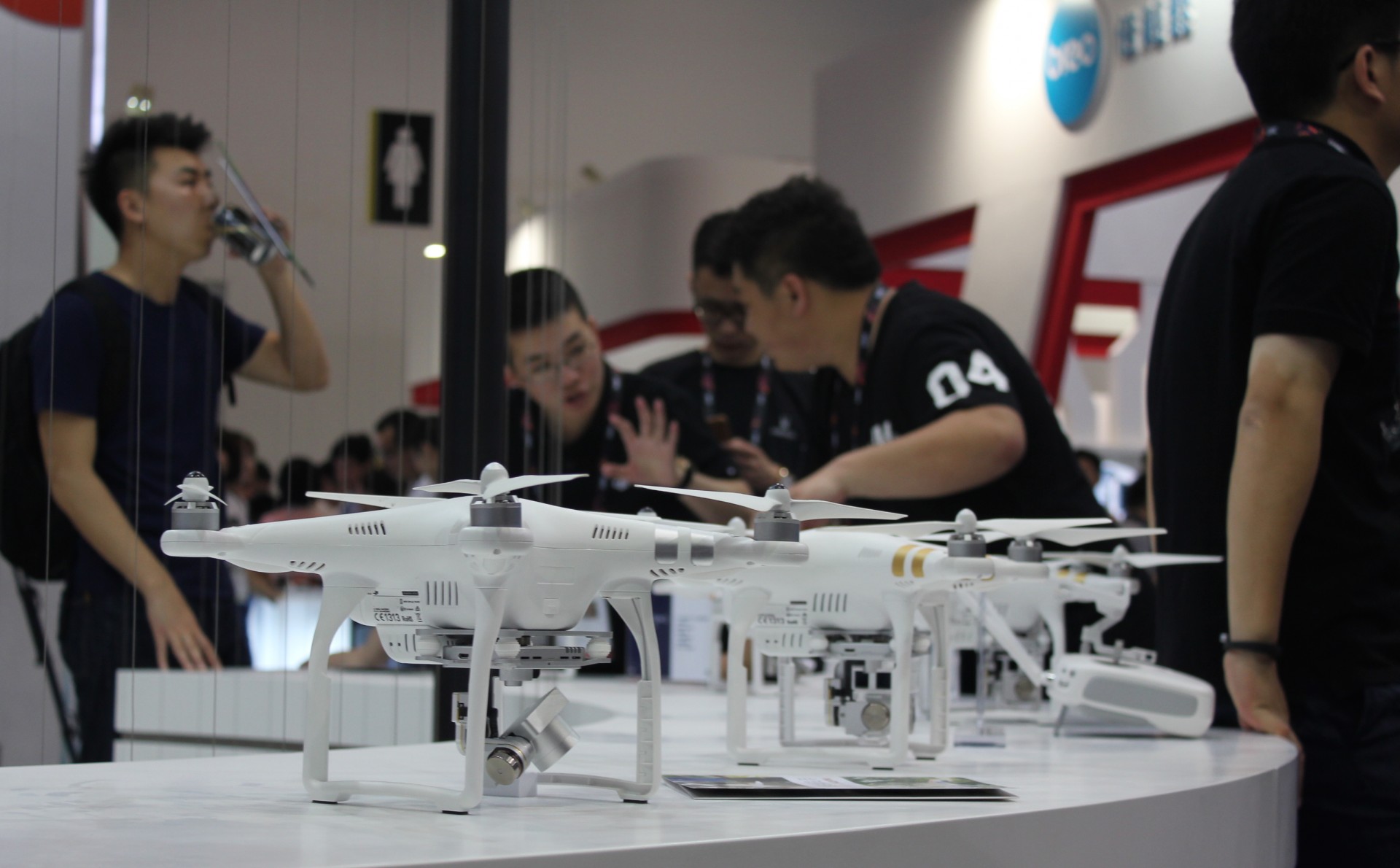 You must log in or register to reply here.
Similar threads
Pakistan shows interest in BTR-82A armoured vehicle: Russian Military
Russia Agrees to Supply Military Equipment to Pakistan, to Hold More Joint Exercises
STUNG BY ‘ISSUES’ WITH CHINA-MADE TECH, PAKISTAN MILITARY IS BACK TO WOOING US FOR DEFENCE
Why Pakistan is an overmatch for India? A scholarly analysis by an Indian military think tank and my response
Share:
Facebook Twitter Reddit WhatsApp Link