Asserting that Pakistan is the worst country in terms of religious freedom, a Congressional-established commission on international religious freedom has asked the Obama Administration to designate Pakistan as 'country of particular concern' citing "egregious" violations.

Pakistan: "worst situation in the world for religious freedom for countries" 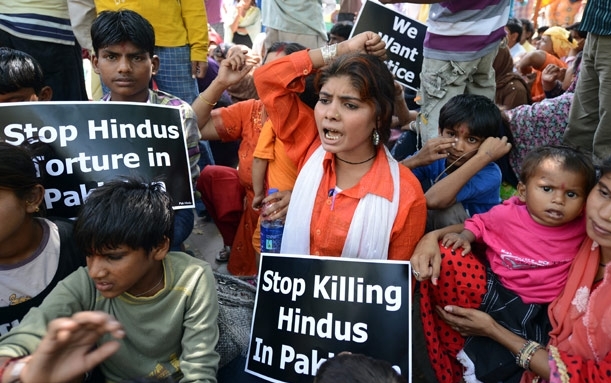 "The just-released IRF (International Religious Freedom) Report leaves no doubt that the egregious nature of the violations in Pakistan warrant a CPC designation," Robert George, Chairman of the US Commission for International Religious Freedom (USCIRF), said. With Pakistani Prime Minister Nawaz Sharif in town for a meeting with US President Barack Obama, George urged the State Department to further expand its CPC list to reflect the severe violations occurring in seven other countries, such as Pakistan, which "USCIRF has called the worst situation in the world for religious freedom for countries" not currently designated by the US government as CPCs. CPC designation is given to countries or those governments that "engage in or tolerate" systematic, ongoing, and egregious violations of religious freedom. 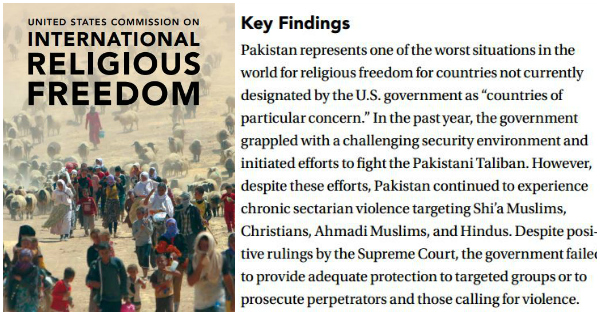 The International Religious Freedom Act of 1998 (IRFA) requires the US annually to designate as "countries of particular concern" or CPCs, and to take action to encourage improvements in each CPC country. "Now that the IRF Report has been released, the next step is for the State Department to promptly designate the worst violators as CPCs and to leverage those designations to press for much-needed reforms in those countries," George said. In its recent report on IRF, the State Department has said that there is widespread violation of human rights of religious minorities in the country, in particular the Hindus and Christians. In July 2014, the State Department designated nine countries as CPCs: Burma, China, Eritrea, Iran, North Korea, Saudi Arabia, Sudan, Turkmenistan, and Uzbekistan.