Looks like niazi is going to be selected for second term as well.

ezsasa said:
Looks like niazi is going to be selected for second term as well.

Next Pakistani and Indian general elections, both in 2024. Things will be interesting most certainly.

Ya'll Nibbiars I will put the Pak Military corporate development into the following Chapters.

Chapter 2: Political growth of Pakistan's Army and its mandate, organizational structure and ethnic composition in the 1960s .

Chapter 3: The growth of financial interests of the officer cadre of the army in the late 1960s.

Chapter 4: The development of the command and control structure of the Military economic empire, and various methods used to exploit economic resources in the late 1960s and the early 1970s.

Chapter 5: The growth of military business activities during the period 1970 -1980. Where it expanded its stake in Agriculture, Manufacturing and Service Industry.

Chapter 6: Expansion of Military Business during the period 1980 -2000 setting up of institutions like Bahria Foundation and Shaheen foundation, entry in finance and banking sector.

Chapter 7: The urban and rural land acquisition of armed forces since 1950.

Waanar said:
I wonder how sharp their economy will fall if Indian forces start seeking out and killing the generals heading these companies during overt hostilities. Being a general makes them a valid target and no one can claim it goes against international laws but they're also the one's dragging Pakistan's crumbling economy through the bumpy road. I don't know much about the hierarchy in such an organisation though.

What could be the effect of hitting them?
Click to expand...

Ya'll Nibbiars I will put the affects as follows.

Military-Civilian relationship will be affected.

Political growth of Pakistan's Army and its mandate, organizational structure and ethnic composition will be destroyed .

The growth of financial will halted and will be in red.

The command and control structure of the Military economic empire will totally collapse, and the exploit of the economic resources will be started by others.

The Agriculture, Manufacturing and Service Industry will be greatly affected.

The urban and rural land of armed forces will see Hughes fights.

Welfare program for serving and retired Military personnel, will have inequitable effects.

The financial cost of the Military Economy will be huge.

Looks at the effects of Military's Economy on its professionalism, and the politics of the state and the conclusion.
V

Historian said:
How did Pakistan contain COVID without a second lockdown? Is everyone wearing a mask and socially distancing?
Click to expand...

I hear the Chinese have stopped funding of money for CPEC for quite a few months because Chinkies companies are accused by NAB of kicbacks to Pak govt. Rivers of gold must have gone dry now. No money for testing I suppose. 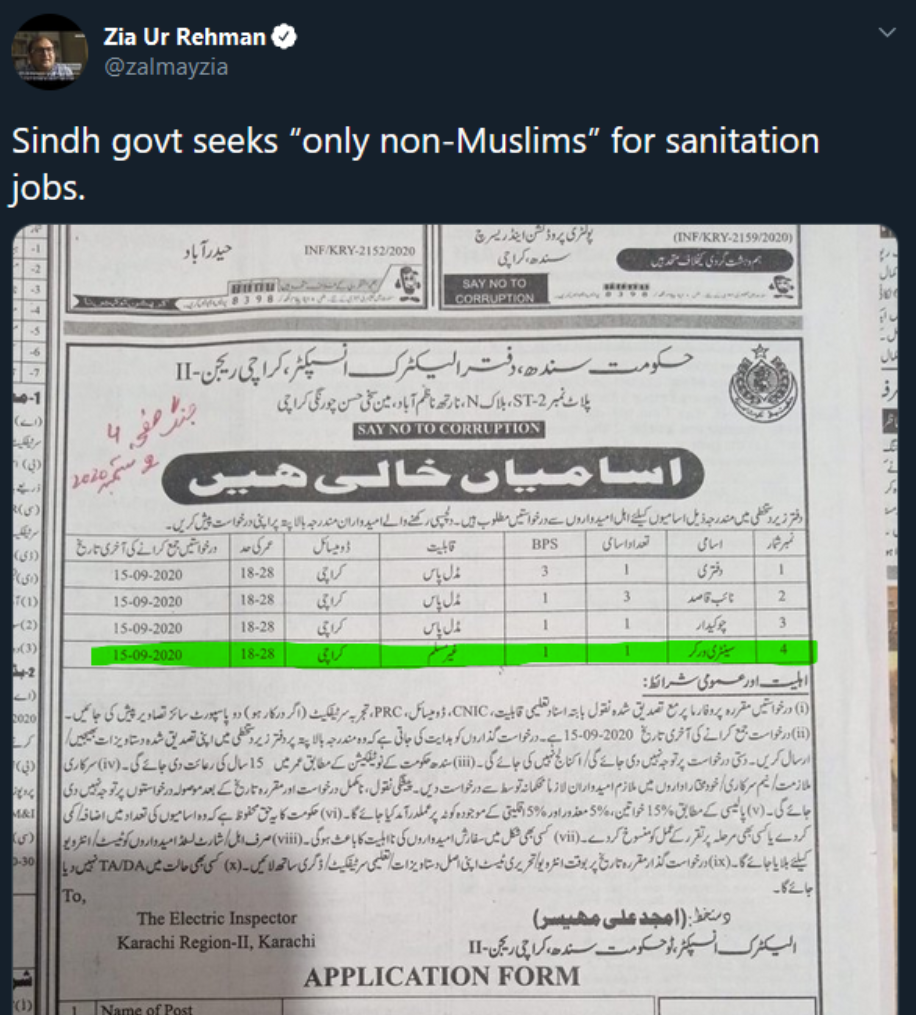 Ya'll Nibbiars The only thing Pakistan is the global leader in, is the Hawala industry. Where you convert currency at better rates but bypass the banking system altogether. You give USD to Yusuf in USA, and majid will deliver equivalent in INR to some relative in India. But this is the retail version. This happens in a big scale as well. Eg: politician gets a bribe in India, but hands it over to Majid and next day equivalent CHF are deposited in a swiss bank. An actor does a free dance performance at a wedding in Dubai but the gratuity gets handed to his manager in India. So on and so forth.

These are just hypothetical examples. Now yusuf and majid both work with isi. For all you know pakistan uses its diplomatic bags to trf hawala money. Its likely the only industry they have but they are the original data miners. They know which politician, which actor, which industrialist has transferred how much money to which country on what date and purpose and since China took over Pakistan it has all this data as well. Which is why it owns leaders the world over. Tells them my army will encroach 30 km in your territory but you will do nothing, or else the data might leak. Hears some money for top up and for distribution to your media, journos etc to not report on this. Or they may force govts to accept obor projects and ply countries with debt to own them like they own Pakistan.

Ya'll Nibbiars Pakistan have ran out of legal options in Reko Diq case. It will have to pay a massive ~6 Billion USD penalty to Tethyan Copper Company within 24 months or face severe consequences from World Bank.

Haldilal said:
Ya'll Nibbiars Pakistan have ran out of legal options in Reko Diq case. It will have to pay a massive ~6 Billion USD penalty to Tethyan Copper Company within 24 months or face severe consequences from World Bank.
Click to expand...

Severe consequences from World Bank means squat for Porkistan. They'll never pay the $6 Billion penalty to Tethyan Copper Company. They'll continue to blunder on with the help of their masters, China.

Mikesingh said:
Severe consequences from World Bank means squat for Porkistan. They'll never pay the $6 Billion penalty to Tethyan Copper Company. They'll continue to blunder on with the help of their masters, China.
Click to expand...

Then it would be interesting to see a new CC front opening up. The last battle in itself is not over yet. Another diplomatic battle on way then against China.

Time to grab popcorn I must say.

Haldilal said:
Ya'll Nibbiars The only thing Pakistan is the global leader in, is the Hawala industry.
Click to expand...

And the terrorism industry too where they mass produce terrorist mercenaries like a frikkin sausage factory!

Ya'll Nibbiars I will not be surprised one bit if it is revealed that Pakistan carries out hawala transactions using its diplomatic pouches.

Ya'll Nibbiars The state of Pakistan cannot exist without hawala ops. They generate revenue and also provide leverage over foreign polticians which keeps them funding Pakistans budget through development assistance. Allegedly, of course.

Read an interesting anecdote on twitter a few days back, unable to find it again, So paraphrasing the gist of it.

In late 90's, both pakistan and India were competing for establishing foreign IT companies in our respective countries. Pak army even used to give VIP treatment to visiting company representatives to the extent that they used to send limousine for airport pickup.

the guy who is narrating this says, ultimately the company which was scouting both pak and India for establishing their dev centre, chose India. and over a period of time the guy who as assisting them in scouting India became friends with the team who were scouting team, he asked how come they chose India considering he went to pick them up in a maruti omni and Pak army sent them a limousine.

The american guy's response was, when they were about to start their lunch/dinner after they arrived, the pak army host offered their food to be taste tested by a person for poison. That sealed the deal for having their dev centre in India.
Last edited: Nov 12, 2020

Ya'll Nibbiars The PTI government has been left with no other option but to seek rollover of $4 billion deposit loans obtained from the Kingdom of Saudi Arabia and United Arab Emirates (UAE) for another year in order to avoid dwindling of foreign exchange reserves.

Breaking news: Pakodastanis say Kaavan, the elephant is a Hindu and are deporting him to Cambodia. Mullah Haramullah in an interview to PorkTV said, Islamabad zoo is exclusively for sunni bachabaazis. And not to blame the lashkar-e-sunni if they filed a blasphemy case against Kaavan seeking death penalty. The PTI minister for elephants, Fawad 'the fat' chaudhury, fearing a love jihad and sexual exploitation of Kaavan, immediately ordered deportation of Kaavan, but to Cambodia. India, meanwhile, had offered to provide a home and citizenship to Kaavan under CAA, but Pakshaitani foreign office rejected it saying ' Modi is a fascist and RSS is a nazi organization'. 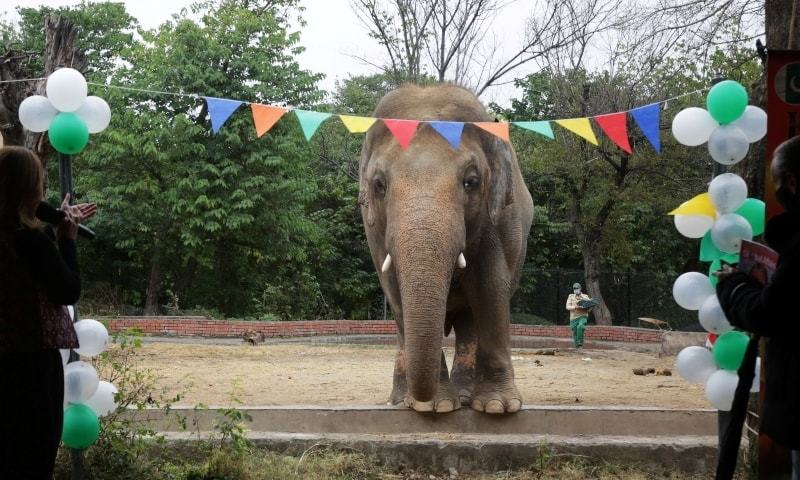 Kaavan the elephant serenaded one last time at farewell party

The lonely elephant will be airlifted to Cambodia after training for weeks with international specialists.
www.dawn.com
You must log in or register to reply here.
Similar threads
India added 20% of Pakistan GDP in 2 days to her economy.
Pakistan will be 16th largest economy by 2050: PWC report
Pakistan's economy facing existential crisis: Report
Pakistan's economy better than India's: Bloomberg
Share:
Facebook Twitter Reddit WhatsApp Link