DERA ISMAIL KHAN/ISLAMABAD: Entrenched in secret mountain bases along Pakistan's border with Afghanistan, Uighur fighters are gearing up for retribution against China to avenge the deaths of the associates in Beijing's crackdown on a separatist movement, their leader says.

China has long urged Pakistan to weed out what it says are militants from its western region of Xinjiang, who are allegedly holed up in the lawless tribal belt.

A mass stabbing at a train station in the Chinese city of Kunming two weeks ago, in which at least 29 people were killed, has put a new spotlight on the largely Muslim Uighur ethnic minority from Xinjiang.

Beijing has called the Kunming bloodshed a "terrorist attack" carried out by militants and says separatists operate training camps across the rugged border which abuts Pakistan and Afghanistan.

In a rare interview, Abdullah Mansour, leader of the rebel Turkestan Islamic Party, said it was his duty to fight the Chinese.

Mansour spoke on a crackly line using a mobile phone with an Afghan SIM card in a brief statement.

The separatists hide mainly in the North Waziristan region, where they are treated by their Pakistani Taliban hosts as guests of honour, militant and Pakistani intelligence sources say.

The Turkestan Islamic Party, which China equates with the East Turkestan Islamic Movement (ETIM), keeps a low profile. Its exact size is unknown and some experts dispute its ability to orchestrate attacks in China, or that is exists at all as a cohesive group.

Pakistani intelligence sources say they number about 400 fighters, and are clustered around Mirali, sharing bases with other foreign insurgents, particularly Uzbeks.

In Afghanistan, two security reports sent to expatriates working there this year warned of attacks on a Chinese hotel, Chinese companies and other targets in Kabul. There have been no attacks so far.

According to Afghan Taliban sources, there are about 250 Uighur militants in Afghanistan's Nuristan and Kunar provinces.

"They live here with us but are always concerned about their people and mission in China.

He added that Uighur militants were not fond of guns, and resorted mostly to knives and daggers.China has stepped up security in Xinjiang after a vehicle ploughed into tourists on the edge of Beijing's Tiananmen Square in October, killing the three people in the car and two bystanders.

China labelled it a suicide attack by militants from the region.

Mansour released a Uighur-language video weeks after the Tiananmen incident, calling it a "jihadi operation".

Crucial ally: For Pakistan, China is a valued friend in a region it views as potentially hostile. It is keen to demonstrate a commitment to weeding out what Beijing calls separatists, but its security forces are already stretched fighting Pakistani militants.

Former interior minister Rehman Malik said that about 20 Uighur militants were captured and handed over to China during 2008-13.

"Pakistan and China are great friends. There are no secrets between us. When I took over as interior minister, I took on this subject in close association with my partners in China," he said. "The present government is also aware of the whole thing."

Some experts have suggested that the low-tech nature of the weapons the assailants used in Kunming and the location of the attack point to a lack of external backing and weakly organised revenge killings as opposed to coordinated international terrorism.

Hundreds of Uighurs migrated to the lawless areas of Pakistan about five years ago after they were squeezed out of their homeland by a Chinese crackdown, Pakistani security sources say. Their numbers are believed to be much smaller now.

"The Chinese militants in the tribal areas are mostly clerics and fighters. They have their families here and are mostly focused on Afghanistan," said one Pakistani Taliban leader.

Saifullah Mahsud, head of the Pakistani think tank Fata Research Centre agreed their power and capacity to carry out major attacks are exaggerated.

"It's survival, basically. They can't go back," he said. "This is the only place where they are welcome."

But attempts by Taliban to carve out new hideouts in northern areas of Pakistan near China's border have helped create a new corridor for Uighurs leading into their homeland.

"In the last couple of years, Taliban militants have got nearer and nearer to the Chinese border," said Mahsud. "There has been a lot of movement there. Perhaps that gives them the logistical support that they require to cross over into China."—Reuters

pakistan is known for her namak harami.

So Pakistan will allow the Uighur to go for the jugular?

Where is all that higher than the mountains, deeper than the oceans, stronger than steel, dearer than eyesight, sweeter than honey, and so on, gone?

Gone with the WInd?

Which type of wind?

Flatulence because of over indulgence? 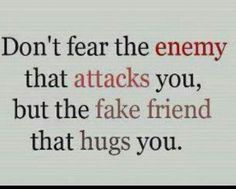 That can be real Jihad ie. Kaafirs who doesn't believe in God ie. Atheist China. 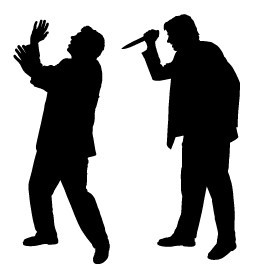 Ray said:
So Pakistan will allow the Uighur to go for the jugular?

Where is all that higher than the mountains, deeper than the oceans, stronger than steel, dearer than eyesight, sweeter than honey, and so on, gone?

Gone with the WInd?

Which type of wind?

Oh that is acceptable...

Arabs did that, then Persians did that in their war on Turks then Turks did that during their numerous invasion on India famous being backstabbing Prithviraj then Moguls did that then pre partition Muslims did that in India and now Pakistan is doing exactly the same a la Kargil...