Oppression of Mongolians in Southern Mongolia/China

Please post all news about oppression of Mongolians in Southern Mongolia/China here.
J

Southern Mongolia, or Inner Mongolia as the Chinese Communist Party calls it, erupted in some of the biggest protests in China since the 1989 Tiananmen Square Massacred, because of a campaign of cultural genocide that would have banned the Mongolian language from schools in Southern Mongolia. But these are the descendants of Genghis Khan. Civil unrest was a given and a new wave Mongol resistance enters into Chinese history despite martial law. They weren't going to give up without a fight. The situation for Mongols is very similar as the Uyghurs in Xinjiang. Joining us on today's China Unscripted is Enghebatu Togochog Director of the Southern Mongolian Human Rights Information Center!
J

The protests come in response to new rules in the Inner Mongolia region that will require three subjects — language and literature, politics, and history — to be taught in Mandarin, the language of China’s Han majority and the official national language, effective in September.
Although authorities say the rules are being gradually rolled out to cover only those three subjects, activists say they presage a broader effort to roll back the use of Mongolian, mirroring campaigns underway in ethnic Tibetan and Uighur parts of the country that have left a younger generation of minorities monolingual and unmoored from their cultural roots.
In Inner Mongolia, rows of schoolchildren in uniforms gathered this weekend to chant “Our mother language is Mongolian!” and “We are Mongolian until death!” according to videos uploaded to YouTube by the Southern Mongolian Human Rights Information Center, a New York-based activist group.
Enghebatu Togochog, the group’s director, said angry parents across the region have been organizing for weeks to write petition letters and keep their children at home in protest. In one township outside Tongliao city, home to a large ethnic Mongol population, parents surrounded a boarding school to demand that their children be withdrawn. While they clashed with local police on Sunday, one student leaped from a fourth-floor window and died, Togochog said.
The Inner Mongolia education bureau released a statement Monday to reassure parents that the new rules requiring teaching in Mandarin would apply only to three subjects. Students’ access to daily Mongolian- or Korean-language classes — another minority language spoken in the region — would not be cut, education officials said, adding that “there are no other changes to the current bilingual education system.”

A massive belt of grassland and desert bordering Mongolia, China’s Inner Mongolian Autonomous Region has a population that is one-fifth ethnic Mongol and is ostensibly guaranteed a degree of cultural diversity under Soviet-style policies that aimed to unite different ethnicities under the socialist banner.
In practice, leaders and policy thinkers in Beijing have wrestled with the question of whether to promote autonomy or assimilation among its minorities — a question that has grown sharper since the breakup of the Soviet Union and a rising tide of ethnic nationalism among minority groups in China’s periphery.
In the early 1980s, China’s relatively relaxed policies and the national constitution emphasized that minority languages must be “valued and respected.” In Inner Mongolia today, Mongolian remains an official language, alongside Chinese.

Yet over the past five years, China’s government has veered sharply toward the assimilative approach under the hard-line leadership of Xi Jinping, who has promoted classical Chinese culture and fanned Han nationalism while restricting minority languages and religious practices among Tibetans and Uighurs — the latter of which are forcibly detained and reeducated in sweeping numbers. Educators who promote minority languages have sometimes been charged with separatism and punished severely.
By overhauling education, government officials argue, citizens in restive areas from Xinjiang to Hong Kong could be instilled with a sense of patriotism and gain opportunities for economic advancement. But in each region, Chinese authorities have encountered resistance.
“We already lost our political autonomy, and our traditional way of life is pretty much wiped out” by urbanization, Togochog said. “Our only symbol of identity left is language.”
J 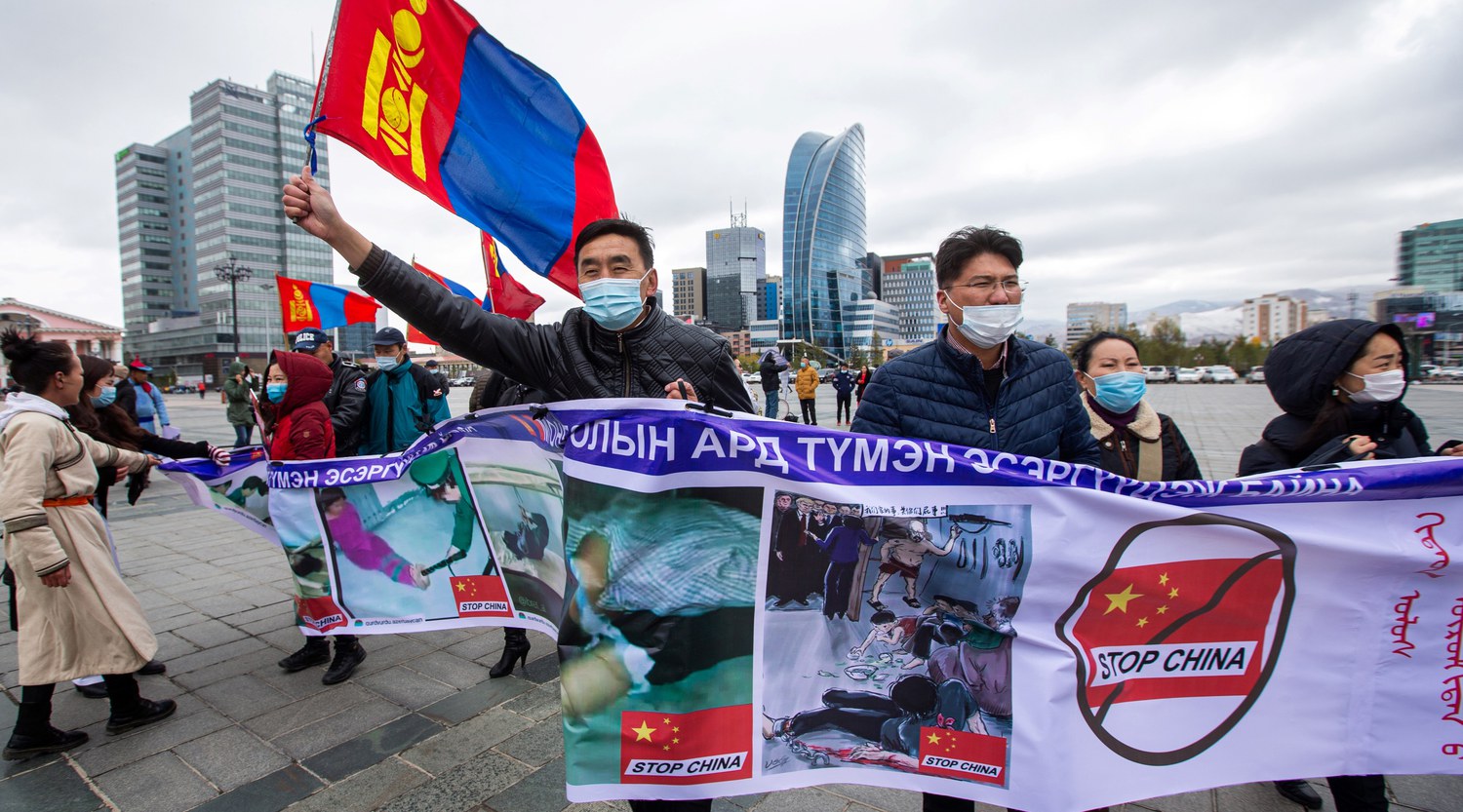 The region is looking for Mandarin teachers to work in rural areas, including traditional ethnic Mongolian herding regions.

The ruling Chinese Communist Party (CCP) is mass recruiting secondary school teachers to work in the northern region of Inner Mongolia amid ongoing arrests, protests, and class boycotts at plans to phase out Mongolian-medium teaching in schools.

Online government documents issued in the weeks since protests rocked the region in early September reveal government plans to hire more than 1,000 teachers across the region.

Local banner and league governments across the region have also posted recruitment ads for hundreds of teachers from elsewhere in China to relocate to the region and teach Mandarin.

"After written examinations, interviews, physical examinations and other recruitment procedures, the education departments of the leagues and cities plan to hire a total of 1,883 teachers to these special posts," an official Inner Mongolian government testing and recruitment site announced in September.

It said the move was in line with a directive from the Inner Mongolia Autonomous Region government to recruit "special post" teachers for rural areas and to teach in areas where ethnic Mongolians still follow a traditional herding lifestyle.

A recruitment document posted to the official website of the Kuulun Banner government meanwhile said it would be publishing recruitment exam scores and invitations to interview between Nov. 30 and Dec. 2.

Yang Haiying, a university professor born in Ordos, Inner Mongolia, and now living in Japan, said the move was the next step in the CCP's bid to eliminate Mongolian mother-tongue education.

"So, they are recruiting from the rest of China, not Inner Mongolia, which means they are basically looking for Han Chinese," Yang said. "Then, once they get to Inner Mongolia, they will replace ethnic Mongolian teachers, furthering their policy of assimilation."

Recruits are expected to be under the age of 35, holding a bachelor's degree or above, and must show evidence of "ideological, moral, and political performance" issued by their current employer.

At least one batch of 300 teachers will be tested in mid-December, documents showed. But Yang said this was likely just the start of a much longer process.

"There will definitely be inward migration on a much larger scale to follow," Yang said. "They did the same thing during the Cultural Revolution [1966-1976] ... when they recruited a lot of farmers from the rest of China, saying it was to safeguard the borders."

"But that was just a pretext; they lied to the ethnic Mongolians," he said.

An estimated 10,000 people have been arrested or placed under other forms of detention since hundreds of thousands of Mongolian students and their families staged a regionwide civil disobedience campaign against the phasing out of Mongolian in schools that were previously Mongolian-medium.

While many have since been released, some high profile activists including rights lawyer Hu Baolong and activist Yang Jindulima remain in incommunicado detention, according to Nomin, an ethnic Mongolian currently in the U.S.

"The government has also required local [ethnic Mongolian] officials to publicly support the new language policy on TV, but some of them resigned because they refused to do this -- this has happened a lot," Nomin said, citing the resignations of three CCP secretaries of villages, or soms, and a school principal in Heshigten Banner.

Seven ethnic Mongolian staff at the region's Mongolian-language official TV station were also detained after they refused to show public support for the policy, Nomin said.

"They were taken down to the local police station in handcuffs and leg irons," Nomin said. "They accused them of being the ringleaders."

Khubis, a Mongolian scholar living in Japan, said nobody is discussing the current situation on the tightly censored social media platform WeChat, for fear of official retaliation.

"I have been watching, and nobody is talking about the language issue," Khubis said. "Anyone who does talk about it could be detained immediately."

"There has to be a police officer added to every group chat between parents and students."
J 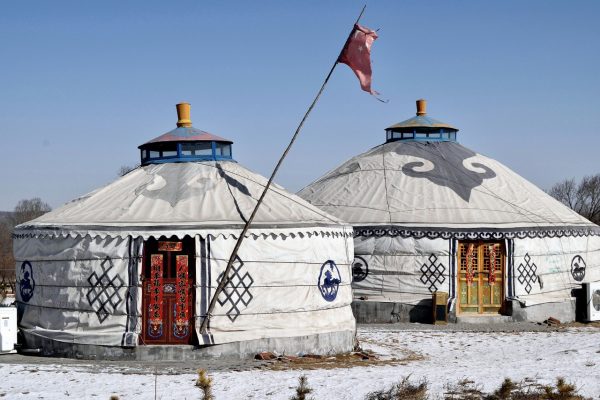 A new policy promoting Mandarin-language education has sparked protests in Inner Mongolia and outrage across the border.
thediplomat.com
China’s Crackdown on Mongolian Culture
You must log in or register to reply here.
Similar threads
Oppression of Christians in China by the Chinese Communist Party
Oppression of Falun Gong Practitioners in China
Oppression of People in Hong Kong by Chinese Communist Government
Oppression of Tibetans in Tibet/China
Share:
Facebook Twitter Reddit WhatsApp Link