On the final leg of his three-day Europe tour on Wednesday, PM Modi met French President Emmanuel Macron at the latter's official residence, Elysee Palace in Paris. The meeting saw both the leaders discuss issues of bilateral significance ranging from defence, civil nuclear cooperation, space, people to people to people connection, as well as prevalent regional and global issues.

Ahead of PM Modi's departure back to India, Foreign Secretary Vinay Kwatra, while addressing a press briefing, stated that both Modi and Macron held extensive discussions on a range of issues of bilateral, regional and global importance.

“The two leaders held wide-ranging discussions on all the key areas of bilateral engagement, including in defence, space, civil nuclear cooperation and people-to-people linkages. They also discussed regional and global issues, including developments in Europe and the Indo-pacific,” the Foreign Secretary Kwatra informed in the press briefing, adding “The two leaders have stayed in regular touch through calls and letters. They also met on the sidelines of the G20 summits last year. India and France are strong strategic partners. The two leaders are also good friends.” He further noted that it was the Indian premiere's first visit to France since August 2019.

Sharing thoughts on Indo-France bilateral relations, Foreign Secretary Vinay Kwatra stressed, "President Macron’s renewed mandate and the discussions between Prime Minister Modi and the President today allow us to build on existing strength and success of India-France strategic partnership and also chart out the blueprint for its next phase.”
Click to expand...

It is pertinent to mention here that both the leaders also discussed an array of regional and global issues including the global implications of the ongoing conflict in Ukraine. "The two leaders discussed the regional and global implications of the conflict in Ukraine and agreed to intensify coordination on the issue," a joint statement issued by the French administration read.

PM Modi also tweeted regarding his Paris visit and called it brief but "a very fruitful one". He stated that in his meeting with Emmanuel Macron, he got the opportunity to discuss several issues and also thanked the French President for the warm hospitality. 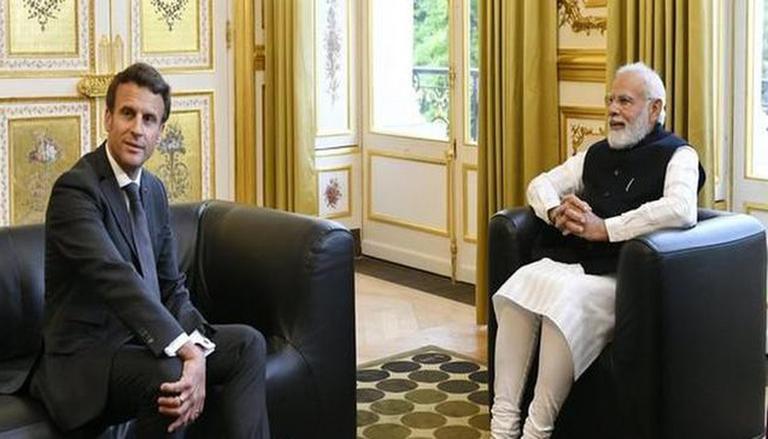