HURRAY FOR OUR SIDE. Get on it.

If you're a bad guy in the near future, expect an F-35 to ruin your whole day.
Watch this video from Northrop Grummen and AESA Radar Sensor Systems 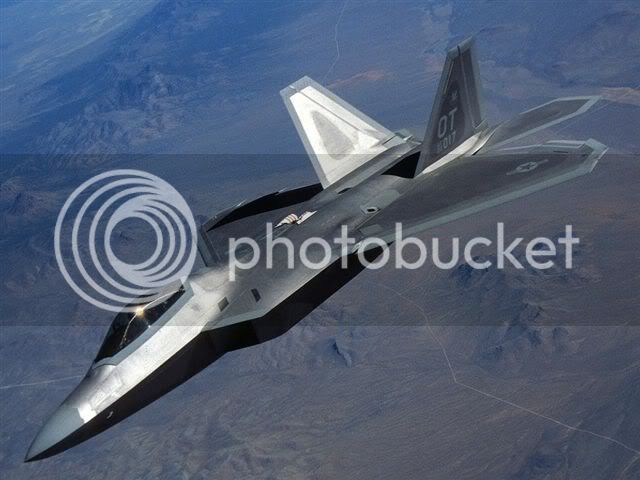 Development of the Active Electronically Scanned Array system now sees it further developed for the F-35 Lightning which will make it the best fighter in the world.

As solid state devices, AESA radars have vastly simpler mechanical designs. They require no complex hydraulics for antenna movement nor hinge appendages. The AESA radar occupies less space than typical radar, because of its reduced infrastructure requirements and of course its absent physical motion. With these improvements the radar is much more reliable, and requires much less maintenance.

Main advantages over mechanically scanned arrays are an extremely fast scanning rate, a much higher range, the ability to track and engage large number of targets simultaneously (multiple agile beams), a low probability of intercept, the ability to function as a radio/jammer, and simultaneous air and ground modes, Synthetic Aperture Radar.

AESA radars for increased radar field of view; The movement performance of the antenna would not need to be nearly as great as that of a traditional radar, as the radar sweep is not integral to the contact update rate.
S

Gee guys you're all spoil sports. Just because Aussies knew all along that we will have the world's best air superiority fighter in the F-35 lightning, you don't have to take your toys and go home.
Remember all that BS in the papers about the flying lemon and other stuff? We wrote it. LOL. If you watch my little video you will see that the Russian junk gets shot down even if they are behind. No place in the sky to hide if there is Lightning around.
Isn't that right Su-47.
S

Sailor, you are too cocky, you know that.

I know the lightning is good, but doesn't mean others won't come up with a better design. For all we know, the Russian PAKFA could be better. If the Russians perfect plasma stealth, we could be in for a real surprise.

Russia did make a lot of good aircraft. When the MiG-21 came out in 1956, it was better than almost anything out there. Then the Arabs went and destroyed the plane's reputation by repeatedly losing to the Israelis. Same case with MiG-29. It was very good design, standing up to the f-15 very well when it came out, but was hampered by lack of upgrades due to collapse of USSR.

Even if the Russians fail to match up, Australia isn't the only nation going to operate F-35. Even India can buy the f-35 in the future, if we go for F-16s now.
S

Hey, I was able to finally poke Su-47 out of his box with a stick.
As I said Su......... HURRAY FOR OUR SIDE. Get on it.
You must log in or register to reply here.
Similar threads
Raytheon, Northrop Grumman take opposite paths on F-16 AESA sales
Pentagon awards Northrop Grumman stealth bomber contract
Northrop Grumman ambitions stalled by missile control treaty
Northrop Grumman Delivers CIRCM System to U.S. Army
Share:
Facebook Twitter Reddit WhatsApp Link