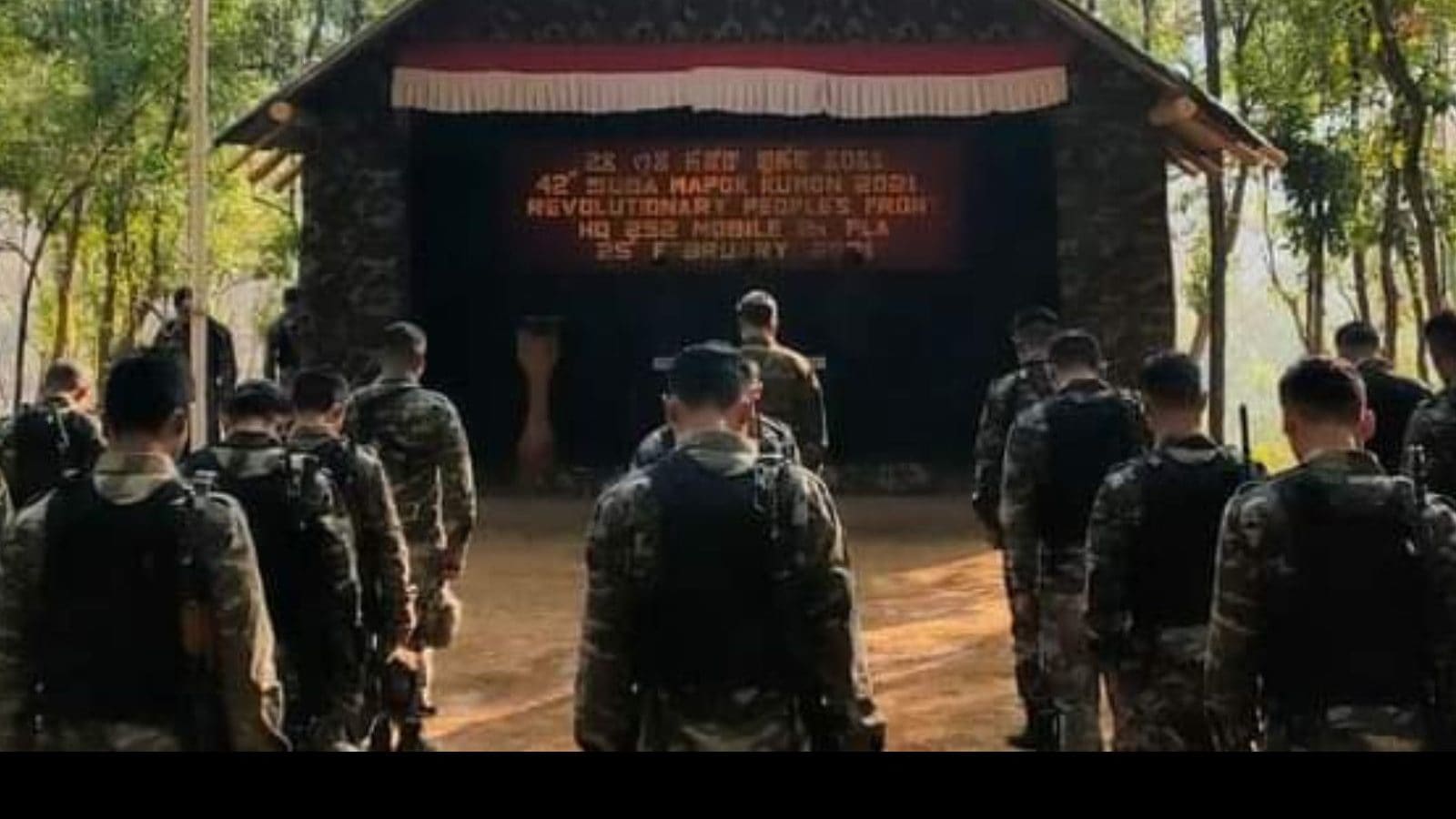 A massive landslide in TA camp side in Noney, Manipur, 18 Jawans dead so far. My deepest condolence.
Alot of An-32 flying since morning
T

Could be work of Chinese.

TopWatcher said:
Could be work of Chinese.
Click to expand...

Landslides are common in all NE states except Sikkim

TopWatcher said:
Could be work of Chinese.
Click to expand...

Doesn't need to be them directly, their many proxies and frens have been recently resurrected from the dead like ULFA
Thanks Burma, we won't forget this

Or it could be just typical natural disaster.

Barely any mainstream media coverage of this tragedy. Perilous for the rescuers too.

According to a press release issued by the outfit's Assistant Secretary, Publicity Bangkim, the three Captains were killed when they were ambushed by Indian military forces at a place in Kamjong district at around 9 am yesterday.

Angel of War said:
They also have a base at Camp Hebron. You'll be surprised to know that insurgents at camp Hebron celebrate 14th August every year as Independence Day with a parade and live arms display
Click to expand...

I am from northeast India,a domicile of cachar district.Insurgency in north east India mostly emerges after 50s.Before that most of the north east region except kamatapur,Manipur and Tripura was princely states.christian missionaries like rev Bronson started converting tribals and khilonjia in 19th century.They even preached their words in Naga and dafla hills.During bengal presidency,all powers were in the Bengalis,and Bengali was imposed on Assam.This led to slow death of assamese language.Due to rev Bronson,and anandiram phukan Assamese language was revived,and in 1911,Assam province was separated.Many tribals rebelled against British rule.So British government in order to tame and pacify tribals,promoted Christianity.It was also a period,when kanglus were infiltrating and still infiltrating in north east India.They even started taking lands and forests of khilonjia people.somehow British rulers introduced line system to control their flow,and gopinath bordoloi put a total end kanglu immigration.During 1950s,m phizo founded Naga national council and celebrated 14th August as day of independence.Insurgency in north east India rose,due to Christian missionary activity,coming of illegal kanglus for greater kangludesh,rising ethnic nationalism,pakistan,china funding of extremist and also bangladesh and Myanmar covert support.Many of the ne extremist have their camp in Myanmar.But overall people of north east Indian are patriotic and loves india,but sliced among militants and army.Especially my Naga friends,none of them carry separatism but rather proudly call themselves Indian.

Vinash said:
It's not retarded.

Indian state just doesn't have the balls to do what CCP did in Xinjiang. They settled Hans in that area and Hans are currently 40% there.
Click to expand...

Actually not,Han Chinese are majority only in kashgar region and northern east turkestan region.South region is still dominated by uyghurs.And it does show irony of both pakistan and china.They cannot tolerate terrorism within their space,but want to export terrorism in india,more like kanglus.

Vinash said:
Not defending racism he faced in Delhi but it happens the other way too.

Biharis face the issue in NE as well.
Click to expand...

Totally agree on this.But what biharis are enduring in Pakistan and Bangladesh cannot be compared.muktibahini especially that kaderia bahini executed and committed war crimes against biharis.They are still in Geneva camps.And biharis in Pakistan,are forced to live in orangi town,lacking basic condition.India overall has love and respect for biharis.Many head of states and minister hailed from Bihar.But yes I have seen people mocking bihari,and abusing them.But biharis in Assam assimilated in Assamese and more or like other groups,like Koch,Tai ahom etc.

Going after the Church means, deal with them with an iron fist. Keep an eye on their financials, their missionary activity etc

Churches get a lot of foreign funding. Some of it is used to finance militants.
Click to expand...

American megachurches and evangelicals are funding them.These Americans always engage in subversive activities.They are the one who promoted Greek,and Armenian separatist alongwith wahhabis and raafidis of Iraq and ottoman Empire was destroyed.They did done this even in Indonesia,Sudan.Also in Nigeria,they are promoting biafra seccession.But see in their own countries white terrorist group are rebelling against federal government.

It was 6 who died in the hands of SF while another 7 were killed when the mob tried to lynch the security forces.

What those civilians were about to Lynch soldiers.why the hell mainstream media,did not report about that.

fire starter said:
They should have killed all the attackers imo.

No different than kanglus,who first engage in criminal activity,and then fire our bsf.But then awami cunts,shit hasina cries for this criminal.

Tshering22 said:
Do you know that the ethnic disillusionment there is also being fuelled by the American churches? No one tells that out loud. They are facing the same shit we face in the NE, just exponentially more (like Congress era level). Under the guise of charity programs, these US churches supply arms and resources to Karen and Kachin insurgent groups. They were backing the Arakan separatists since the first coup started during the Cold War era, since the Tatmadaw always leaned towards towards the USSR.

Entire Northeast's security depends on how we navigate through the Indo-Burmese ties. They backed us when we needed their help. We should also reciprocate in kind; under the radar as much as possible.
Click to expand...

Islamic fascist a word by woke salon socialist.They even say Christian fascism,or Christian Nazi.Anyone who does not agree with far left. Nazis were rather against religions,and even persecuted churches and father's.Although i do agree saudi arabia is absolute monarchy,but there are Shia mosques in al Ahsa region,and Christian churches in Aramco.Rather saudi prince is trying to dissociate from house of wahhab.saudi has already abolished clerical police.Iran is however a radical safavid rafidha country spreading velayat e faqih,sponsoring terrorism.saudi is not promoted by united states.united states always supports Israel.My statements must not be taken that i support autocracy in saudi or gulf region.peace in gulf,can only comes by democracy and human rights.
You must log in or register to reply here.
Similar threads
How secure is our North-East front ?
Greetings from North East, Seven sisters and one brother.
Why are we not allowed to buy lands or freely move in North east India?
Insight into North-East Border Areas & Infrastructure - Youtube, Satellite & Media
Share:
Facebook Twitter Reddit WhatsApp Link