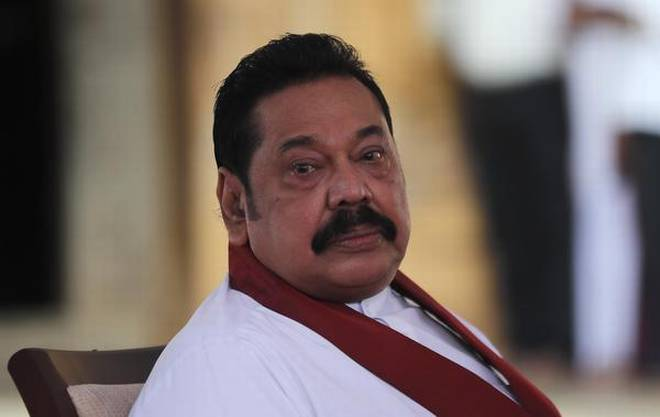 The Sri Lankan government would instead offer the West Container Terminal to India for possible investments, a senior government source told The Hindu.

Reneging on a 2019 agreement with India and Japan, Sri Lanka has decided to develop the strategic East Container Terminal (ECT) at the Colombo Port on its own. The Sri Lankan government would instead offer the West Container Terminal to India for possible investments, a senior government source told The Hindu.
The decision was taken at Monday’s Cabinet meeting helmed by President Gotabaya Rajapaksa, when members “unanimously” agreed to proposals submitted by the Minister of Ports and Shipping, the source said. It comes amid mounting pressure from Port union workers against any foreign role or investment in the ECT project, where nearly 70% of the transhipment business is linked to India.
Asked about the development, a senior Indian source said: “We would hope that Sri Lanka does not unilaterally decide on this matter, as there is a tripartite agreement on it.”
For New Delhi, the strategic ECT project in Colombo has been high on priority. It has figured in talks at the highest levels, including when External Affairs Minister S. Jaishankar visited in January. A week after his visit, President Gotabaya Rajapaksa told agitating Port worker unions that the Adani Group – Government of India’s nominee – would invest in the terminal, and that the Terminal would not be “sold or leased” to any foreign entity, signalling that his government was taking forward the 2019 Memorandum of Cooperation (MOC). The Sri Lanka Ports Authority (SLPA) was to hold 51 % stake in the operations, while India and Japan together would hold 49 %, as per the MOC, which was signed by the former Maithripala Sirisena-Ranil Wickremesinghe administration.

However, amid growing resistance from port workers since, the ruling Rajapaksa government’s position appears to have shifted.

The first indication that Sri Lanka might keep India and Japan out of the deal came earlier on Monday, when Prime Minister Mahinda Rajapaksa told union representatives that the operation of the terminal would be “100 %” with the SLPA, because the “foreign company” did not agree to the proposals made by a committee appointed by the subject minister.
The PM's remarks seem to have shocked the Indian side, as there has been no communication from Colombo that ongoing negotiations – held in person and virtually -- had ended, according to sources. The remarks prompted a media statement from the Indian High Commission for the first time since the controversy heightened. A spokesman of the Indian mission on Monday reiterated “the expectation of the Government of India for expeditious implementation” of the trilateral MOC signed among Sri Lanka , India and Japan in May 2019, for the development of ECT with participation from the three countries. “The commitment of the Government of Sri Lanka in this regard has been conveyed several times in the recent past, including at the leadership level…all sides should continue to abide by the existing understandings and commitment,” the statement had said, hours before the Cabinet decided otherwise.

Earlier on Monday, PM Mahinda Rajapaksa's office said that the Sri Lankan government has decided to run the ECT as a fully-owned operation of the state-run ports authority.

Colombo: India on Monday asked all sides to abide by the existing understandings and commitment of a trilateral agreement involving Sri Lanka and Japan to develop the strategic Colombo Port’s Eastern Container Terminal (ECT).


The state-owned Sri Lanka Ports Authority (SLPA) signed a memorandum of cooperation in May 2019 with India and Japan to develop the ECT during the previous Sirisena government. However, the Sri Lankan government said on Monday that the ECT will be operated 100% by the SLPA.


“I would like to reiterate the expectation of Government of India for expeditious implementation of the trilateral Memorandum of Cooperation (MOC) signed in May 2019 among the Governments of India, Japan and Sri Lanka for the development of ECT with participation from these three countries,” a spokesperson at the Indian High Commission in Colombo said.


“The commitment of the Government of Sri Lanka in this regard has been conveyed several times in the recent past, including at the leadership level. Sri Lanka’s Cabinet also took a decision three months ago to implement the project with foreign investors. All sides should continue to abide by the existing understandings and commitment,” the spokesman added.


Earlier on Monday, Prime Minister Mahinda Rajapaksa’s office said that the Sri Lankan government has decided to run the ECT as a fully-owned operation of the state-run ports authority, succumbing to pressure from the trade unions who opposed the joint venture to develop the strategic cargo terminal.

The Colombo port trade unions had opposed the proposal of investors from India and Japan buying 49% stake in the ETC. They had demanded the ECT to remain 100% owned by the SLPA as opposed to the 51%.


Some 23 trade unions had joined hands to oppose the port deal.


The unions took the stand that the proposed deal with India’s Adani Group was a sell out of the ECT. They launched industrial action urging to scrap the deal and the government to run the ECT operation as a 100% government entity.


The unions mostly affiliated to the ruling Sri Lanka People’s Party (SLPP) forced the government not to go ahead with the deal. They claimed it was a sell out of the Colombo port’s key cargo terminal to India.

President Gotabaya Rajapaksa recently said that stopping the deal would endanger the 66% of Indian transshipment cargo handled by the ECT. Therefore, in order to remain competitive the deal was needed.


However, in recent weeks, the trade unions were able to mount public opinion against the deal and even got support from the government’s own politicians against it.

Sri Lanka PM Mahinda Rajapaksa on Sunday denied selling, leasing out or coming into any sort of an agreement with a foreign country over the Eastern Container Terminal 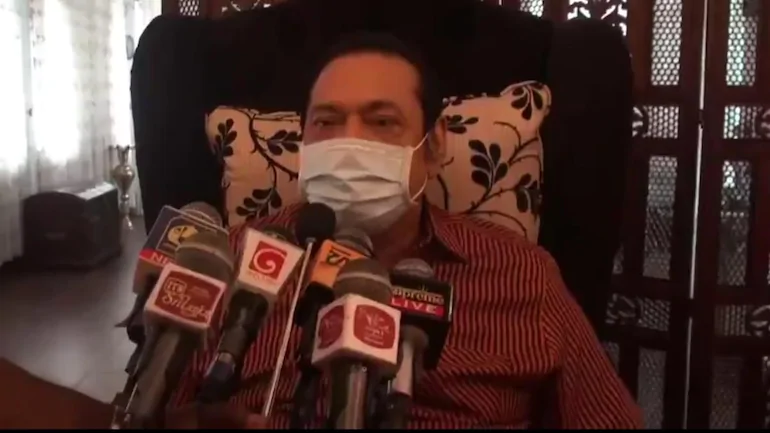 Ownership lies with Sri Lanka, while India and Japan are only to manage the terminal.

Speaking to the media on Sunday, when asked about the ECT trilateral agreement with India and Japan, PM Rajapaksa said in Colombo, "There is no issue. We have not sold or leased this to anybody. This is under our control. If the trade unions came and spoke to me, I would have told them this. But, they are aware of this."

"Our policy is not to sell any of our assets to anybody. The policy of selling our national assets to foreigners was the policy of the earlier government and not ours," he added slamming the current opposition.

He further added, "Majority in the cabinet are also against selling our national assets to anybody."

This announcement was made after port worker unions had decided to go on strike from Monday. They have been resisting the project since the time foreign countries (India, Japan) pitched to work on the up-gradation of the port.

Technically, the ownership lies with Sri Lanka; while India and Japan are only to manage the terminal. But, trade unions are refusing to move forward of there is any kind of foreign involvement.

In May 2019, Sri Lanka’s Maithripala Sirisena-Ranil Wickremesinghe administration signed a memorandum of cooperation (MoC) with India and Japan to jointly upgrade the terminal with the aim of enhancing Sri Lanka’s status as a maritime hub.

As per the MoC, the Sri Lanka Ports Authority (SLPA) was to retain 100% ownership, while a jointly-owned Terminal Operations Company — 51% stake with Sri Lanka, and 49% with India and Japan — would run the terminal. Despite the tripartite understanding, the former government was unable to take the deal forward.